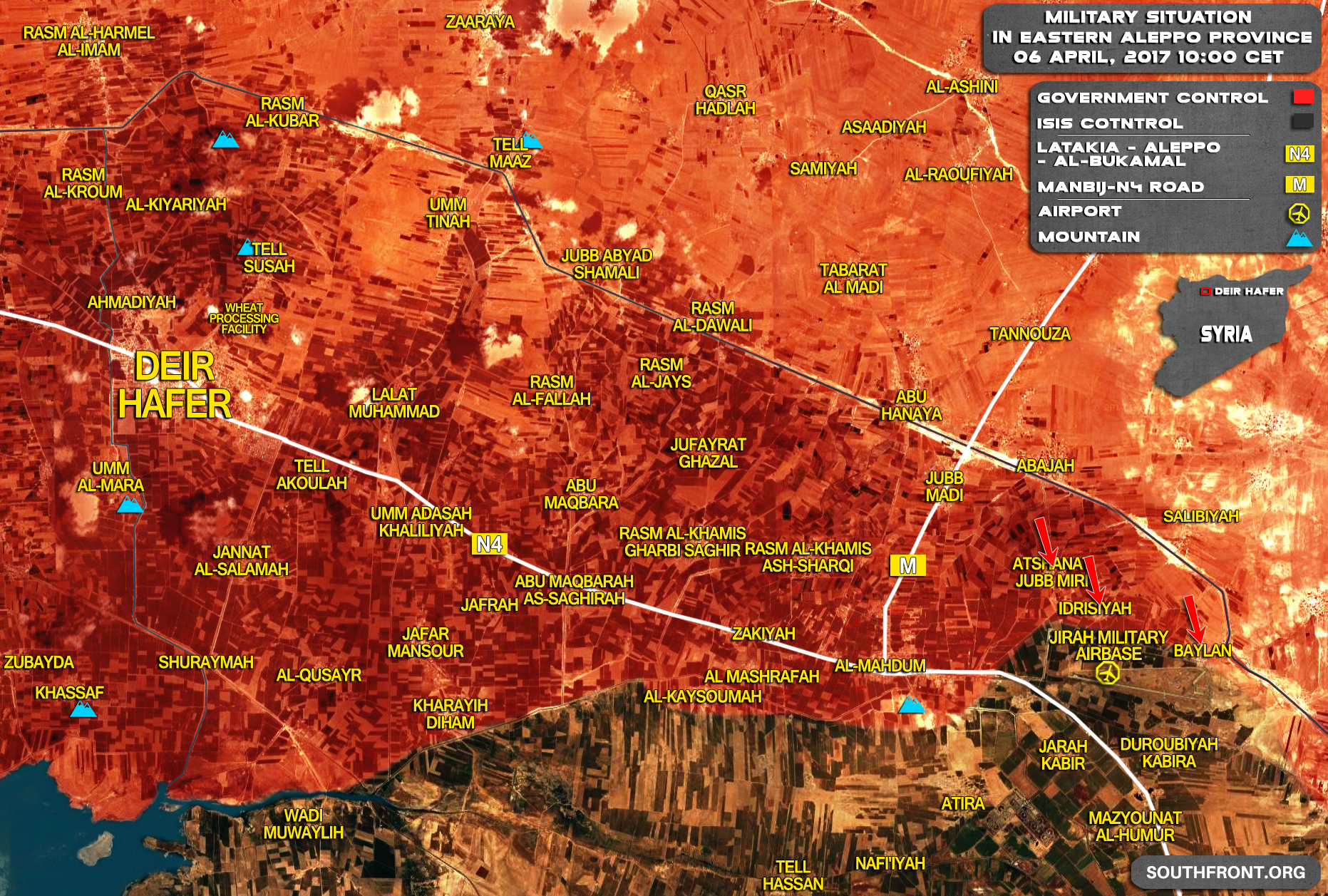 Government troops recaptured the village of Baylan from ISIS terrorists in the Syrian province of Aleppo, according to pro-government sources.

This was the newest in a series of government successes in the area. Earlier the Syrian army captured the villages if Odrisiyah and Jubb Miri in the same area.

Despite the capture of the Baylan village, the Syrian army and its allies are not very close to the liberation of the strategic airbase controlled by the ISIS terrorist group.

The airbase is a strong defense site and ISIS units are set to defend it. In turn, a large part of the Syrian Army’s Tiger Forces that has been involved in the government advance in the area is now redeployed to northern Hama.

Thus, the government advance on the Jirah Airbase is not expected in the nearest future if ISIS avoids withdrawing of its forces from the area.

A look at the Jirah Airbase from government positions: 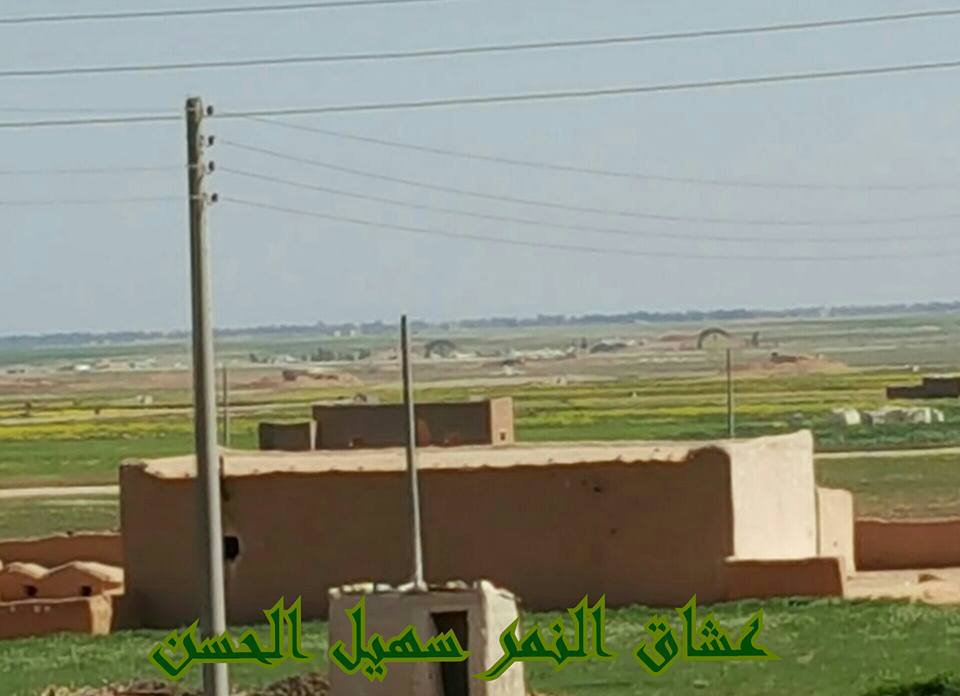 Cmon SAA I believe in you can do the thing to retake the airbase!!

Why hurry?? Let ISIS pull out its troops from the air base to fight the USA and Kurds at Tabqa and Raqqa, (like the USA has done with ISIS troops at Mosul, allowing them to with draw to attack Palmeria and Deir Azur, just return the favor) then take the air base when ISIS has few troops left there and it is much easier and then advance following them right to Tabqa, then go south and around Tabqa it to relieve Deir Azur.