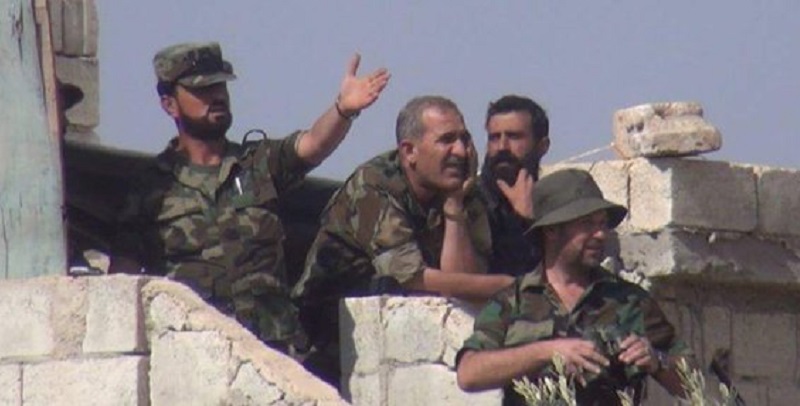 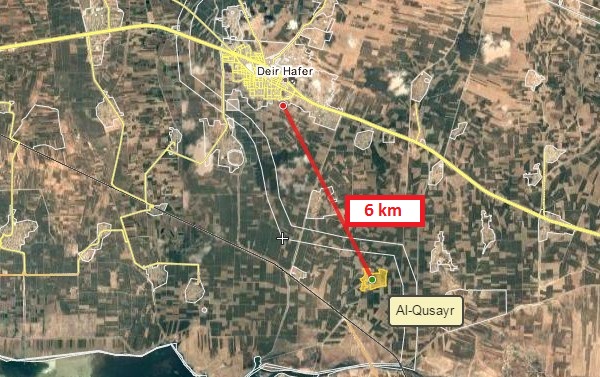 As SF predicted, government troops continued flanking of Deir Hafer from the southern direction in order to encircle the ISIS-held city.

The tactical goal of government forces is to cut-off the N4 Highway heading linking Aleppo, Deir Hafer and the Jirah Airbase.

The good old Al Qusayr.This reminded me of the crucial 2013 battle.

You where spot on yesterday about this village. I think they hook NE towards the main road next. I still want to see the Tigers restart there movement against Daesh trash around Lake Assad. Maybe they have been stopped while receiving reinforcement and supplies.

I think the Tigers wants to cut off the main road.Probably the next target will be Jafar Mansour

In previous analyses, they spoke about leaving the main road open, leaving an escape route open, so ISIS wouldn’t put up a fight-to-the-death. Now it looks like they are going to cut that road. Why the change in approach?

It seems that ISIS is not going to withdraw.I dont know about cutting the road.We will see in the next 3 days

It looks like you are refering to Al Qusayr in Homs province, on the border with Lebanon. Not Al Quyasr in Aleppo province, where the figthing is now. Any reason for that?

The battle I mentioned was crucial.Al Qusayr was important location for the rebels.The supply from Lebanon went through Qusayr and its surroundings .A lot of people even dont know this battle and they dont know the importance.I remember the opp moaning how Hezbollah have invaded Syria during it

Tiger forces are SAVAGE, they are like the special forces in the command and conquer/starcraft video games that are so fast and deadly lol