On July 30, the Syrian Arab Army (SAA), led by the Tiger Forces and the 4th Armoured Division, started storming ISIS positions in the town of Shajarah in southern Syria, east of the Golan Heights.

The advance is actively backed up by strikes of the Syrian Air Force and the Russian Aerospace Forces, according to pro-government sources.

If Shajarah is liberated, ISIS will remain in control of only 4 settlements in the area: Maribah, Koayiah, Baiyt Irah and Qusayr. Pro-government sources claim that the SAA will fully clear the area from ISIS terrorists within a few days. 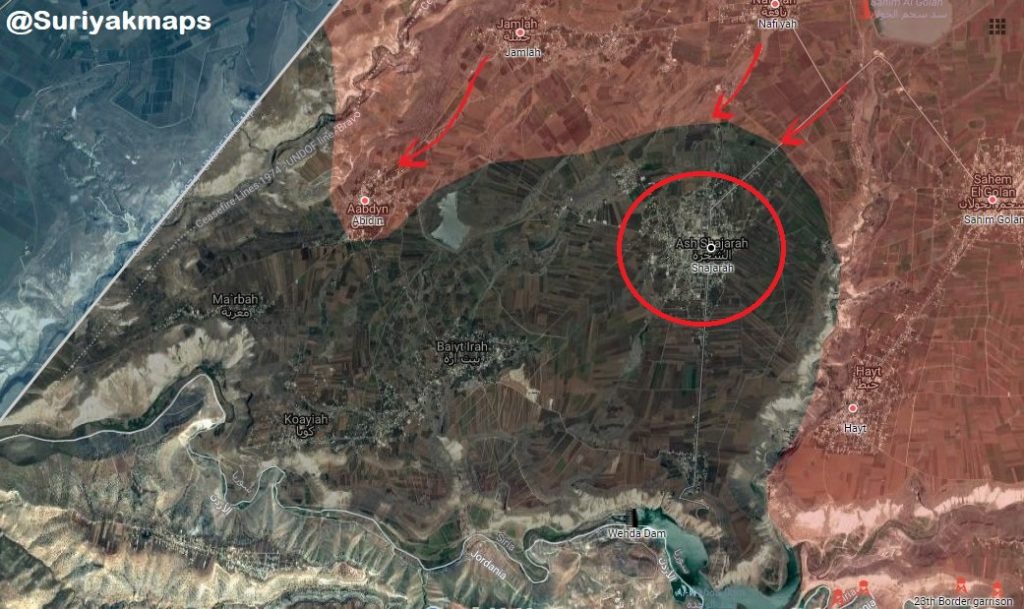 SAA and allies: take As Shajara and you will find yourselves at Jordanian border.

Agreed, Wehda dam should be the immediate target after Shajara.

This is an IS delaying action so Israel and the US can extract their assets and C&C elements.

Head-chopper: “SNACKBAR, Ahmed… it’s starting to get crowded with all our ISIS brothers here… and one of them stole my Captagon! I’ll bet it was the sneaky Chechen brother… Is nothing sacred anymore? And when is CENTCOM going to send the choppers? Those back-stabbers better hurry – I have to be in Riyadh next Tuesday for an infidel beheading – I don’t have time for any of this! I swear I’m going to kill somebody pretty soon!” https://uploads.disquscdn.com/images/346967732fc0f303529b690ec645c6a29660c489e8e7e6fd4e8754f30752427e.png