Clashes are ongoing in the Eastern Ghouta region near the Syrian capital of Damascus.

The Syrian army and the National Defense Forces (DNF) have been advacing on Jaish al-Islam militant group positions at the vilalges of Hazrama, Tal Farzat and Hawsh Saliyah in the southeastern part of the pocket.

These areas are an obvious target for the army and the NDF because they had been surrenderd by government forces in previous weeks of the battle.

If the army and the NDF are able to liberate these 3 villages, government forces will be in a position to advance on Utaya controlled by Jaish al-Islam. 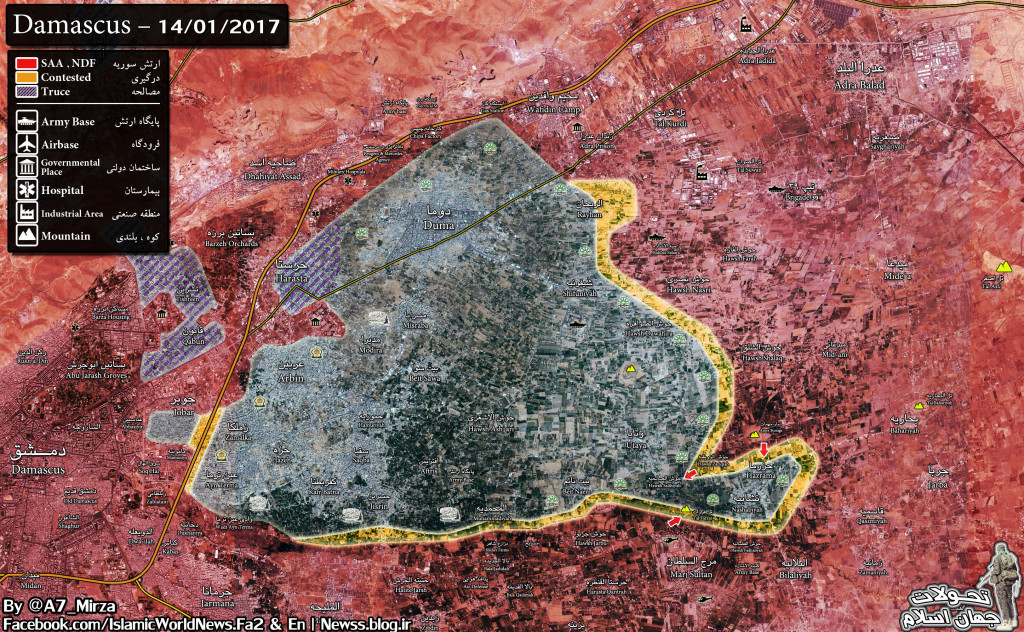 Shouldn’t it be Eastern Ghouta?

Yes, it’s. Thank you for the feedback!