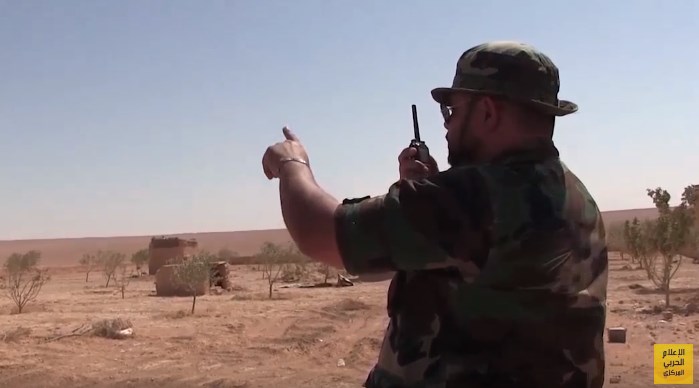 Syrian government forces have started an advance in the direction of the ISIS-held town of al-Sukhnah in eastern Homs from the recently liberated areas near Resafa in western Raqqah.

According to pro-government sources, the army and its allies are going to clear the desert south and southeast of Resafa prior to launching an advance on the ISIS stronghold of al-Sukhna.

There is now advancing for now . The operation to reach Sukhna area from Resafa is still being prepared . It should start within a week

Tigers back from R&R Saturday aparently.

. It should start within a week.

unfotunateli this info ia read continuouliy the 9th week. :( let you be right.

SAA should first clear the packet, before advancing east or East-South to shrink the front lines. The SAA could very easy outflank the ISIS from behind ISIS front lines, if the SAA just continue going South from the point where to armies meat at the Ithriyah-Resafa Road. As looks like the SAA tiger forces are to most capable SAA force to make any substantial advances in front line

I don’t know, strategically it would be best to strike to the Euphrates river from Resafa and then down to Deir Ezzor, to deny the US any chance to move into this area. The longer the SAA waits, the bigger the chance for the SDF, or some other US FSA proxy force to move into this area. And once they’re there with a US presence on the ground, they’re not going to leave. At least ISIS in central Syria will.

barbidou, NOW is time for 3 parrallel stirkes. from nort you suggestion to maadan, south T2-abu kamal, here is enough to hold t2 and abbu kamal and bif suknak-dez. from suknakd 15-20%norththeast along road and 15% southest te held siuthern aprt and not allow to rwmow the eise forces from mayadan. and the rst, the maid task fors coiontinue to dez city. the tinme hes come to finish with tactics of hald open loopd and allow to remove the jihadistst. now must be encircled in less amounts and estroy them one by one. if rusia want be useful doubles the planes for the nexth months.