Syrian government forces, led by the Syrian Republican Guard, have made a notable progress against ISIS terrorists in the area north of Sukhna in the province of Homs, according to pro-government sources.

Goverment troops have allegedly established a full control over the Subai’i Mount, the Daba Mount, the Khashm Baghal Mount and the nearby areas.

With these advances the Syrian Arab Army (SAA) and its allies set a foothold for further operations aimed at lifting the ISIS siege from Deir Ezzor. NICE WORK.
The front is starting to broaden nicely out towards Mt Bishri.
Pictured at the top is the D30 122mm Howitzer.
Keep pushing the Deash trash ! :)

Look up the definition of the word ‘Howitzer’. If it is being used over a flat trajectory it is not a ‘Howitzer’ which is specifically designed for parabolic, plunging fire.

There is no point, pointing out that the howitzer “sits low like an anti tank gun”, if you do not understand what a howitzer usually would look like, if employed in its main role and is meant for in the first place.

What he really points out is, how well suited the howitzer is in a anti tank role too, aside from the regular duty. It is actually what many armies expect from their howitzers in this caliber size, to cover several different roles in one gun.

Just saying, might be you are not a native english speaker.

During case yellow, a German officer had to point his gun at the AA battery commander to turn the 8.8 cm AA guns against the tanks of the British BEF. We are way beyond this stage. Only later this AA gun became famous for knocking out tanks en masse.

The first ever encountered T-34 by the German broke through their front lines and drove 5 km deep into the front, before being knocked out by a 10.5 cm howitzer. The PzKpfw IV weren’t able to stop it, as they only had the 7.5cm L/25 installed at that time and due to the strong diesel engine the T-34 could get away, with the German tanks not being able to follow through the terrain the T-34 was dashing through.

Just two examples from what humanity learned from WW II, more effectively waging war ever since due to dual purpose guns. The USA back then unsurprisingly did this on their destroyers back then, being employed in AA and classic ship artillery roles.

yes but examples don’t change howitzers roles. Especially when you have ATGMs.

I even doubt they have an issue of HEAT rounds for this gun.
The reason AA guns have been employed in antitank role during WW2 was their high initial velocity, that gave them relatively flat trajectories, hence good penetration and range, and chances to hit moving tanks.

A 122 howitzer isn’t the same thing, it won’t be able to hit a moving tank if it isn’t at point blank range and moving directly towards the barrel.

Have you ever seen the optics on these weapons? they have no business against movers.

The D30 specifically has been designed to fulfill both roles back then in the 1950s and has designated HEAT shells available. If those shells are around in the Syrian theater is a good question, but I would be surprised if not. As such, the ATGMs became important way later after the design had been introduced.

And yeah, there is no point to use it in a direct fire role beyond point blank range, it’s only logic. However, it would be interesting to know how the RAP ammunition would fare beyond the usual point blank range against moving targets.

As such, yes you can see optics on the D30, it is standard equipment, as it is designed to have business with tanks.

there is no rocked assisted ammunition with HEAT warhead, it hasn’t been produced, as it does not make sense having an extended range round in direct fire.

the optics are not designed to have business with tanks, but to provide a rough aimpoint in direct fire. If they were “designed to have business with tanks”, they would sport a rangefinder, which they don’t have. The range in direct fire is instead predialed, through various means like stadias, and I assure it’s not going to give you many chances to hit a moving tank, unless maybe you are a jihadist with god on his side that day.

I’d also wouldn’t say it’s designed specifically as anti-tank too: in that case, again, every piece would have rangefinding equipment. it’s been designed as a medium howitzer/gun and given self defence capability against armor through issue of HEAT ammo, probably the same one used by the IS-2 / T-10 heavy tank series

Not sure why you assume RAP with HEAT, there is no such thing and as such I wouldn’t even write something like this. What I meant is the question of the trajectory of such a shell in direct fire.

And yes, the D30 has been developed with Anti Tank in mind, standard equipment with the D30, which can be installed at any time. Today, this part of equipment might not be used anymore due to ATGMs being more effective nowadays than the howitzer itself, but that’s it.

Parabolic is that a steroid?

Parabolic is generally used to describe a curve which is on a fixed point to the focal point is equal in distance.

Since it is overlooking a valley it is using plunging fire with a slight elevation to the barrel lobbing the shot into the valley is plunging fire.

“Military requirements that led to the D-30 can only be deduced. Its role supporting tank and motor rifle regiments, and Soviet doctrine from the Great Patriotic War, suggest that while indirect fire was the primary role, direct fire anti-tank was very important. The latter is evidenced by the very effective HEAT shell, the low silhouette of the piece, its wide and rapid top-traverse and its shield.”

Howitzers are low velocity cannons. The US Army switched the Sherman from hi velo 76mm cannons to 105mm howitzers since their greater wallop at close range tore up any German tank that was encountered. Tank crews generally will abandon their tank once it becomes immobile so US tankers aimed low to blast apart tracks and road wheels. Patton liked to use self propelled 150mm howitzers as giant rifles against concrete pillboxes and bunkers. He had them aim at any opening or door since

The Shermans armed with the 105 mm weren’t “switched” for the 76mm armed Shermans…the 105mm Shermans were more like a supplement.

http://the.shadock.free.fr/sherman_minutia/manufacturer/m4_105mm/m4_105mm.html states that “in
Spring 1945, there was a 71% reserve of howitzer Shermans in the ETO
(1082 on hand vs. a T/E requirement for 633). Consequently, further shipments,
even with power traverse, were not required.” Hardly an indication that 76mm Shermans were being swapped out for 105mm Shermans.

on Mt. Bishri you graved money, or what? you always talk about this mount as maniac :)))) 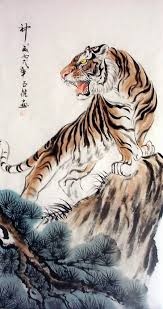 it seems the gun is deployed on a hill and points towards possible approaches.
very likely is being used in possible direct-fire, defensive missions

But, considering the fast pace of SAA operations in East Syria I wouldn’t be surprised if ISIS is defeated in Syria before the end of the year. In which case, what are our precious F-16’s going to bomb?

That prediction of course could still be derailed if Al Qaida unleashes yet another major offensive. Like the umpteenth Hama, Latakia or Aleppo offensive.

Sorry, the Royal Dutch (MH17 cover-up) air-force is only good at killing civilians and camels. Are you sure they won’t be dropping supplies to ISIS?
Same problem with the Royal (Boris-shambles) air-force in the UK.

iraq is not happy with syrian practics.

they thong, this step is not allied step.

That deal in the Qalamoun, in an ideal world, is not a perfect deal by a long shot. And Iraqi leadership have to protest against such deals, because from albukamal the rats have direct access to Iraq still. But it is in the deserts of Eastern Syria and Western Iraq that the hammer will fall and finish off ISIS. The just deserts! I think deep down he knows it.

Of course, thy know it. But is is not correct, when syrians count with help pf iraqi army and pmu to decrease the tension from opposite site of border. this is unfortunate decision and deal.

It’s more political chit chat, to hand US forces an excuse to blame the Syrian government, Iran and Hezbollah. It would be surprising if the Iraqi PM doesn’t know that, its just for the media propaganda ‘to proof that there is an evil Syrian government’, nothing else.

If those fighters show up again or not is nearly meaningless, but the 500 civilians who are with them are not meaningless, but are not talked about at all, as else it would look like a humanitarian agreement too.

Keep going, our heart is with Syria-Hezbolah-Iran-Russia forces. There is not stop until recover every inch of Syria land, and to eliminate all the hard-moderated terrorists (so called opposition).