On March 20, Syrian government forces advanced on positions of Faylaq al-Rahman and Hayat Tahrir al-Sham (formerly Jabhat al-Nusra) in the area of Ein Tarma in the Damascus subrub of Eastern Ghouta.

According to pro-government sources, units of the Republican Guard, the Tiger Forces and other pro-government factions captured a number of positions in Aswaq al-Kheir following a series of clashes with militants. Some pro-government activists speculated that this advance was a sign that government troops see Ein Tarma as a next target of their advance. Meanwhile, units of the Republican Guard, the Tiger Forces and the Syrian Arab Army repelled attacks by militants south of the area of Douma. The militants had attempted to lift the siege from Harasta but had failed to do this. 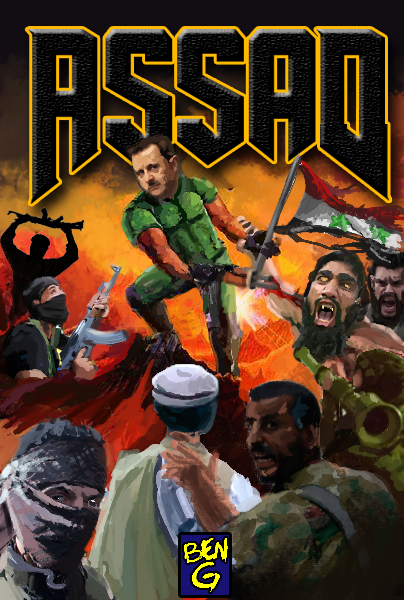 Google is offering all people $97 per-hr to complete few services on home computer .. Work for only few hours and live happy more time with your circle of relatives . Any person can benefit this career!!last Wednesday I bought a gorgeous Lotus Elan after just making $12659 this-past/month .no doubt it is the extraordinary approach but you could now not forgive yourself if you don’t get it.!ow76l:➮➮➮ http://GoogleEngineMakeMoneyNowWorkOpportunity/get/cash/97$/per-hr… ♥♥d♥♥♥f♥♥h♥♥♥a♥♥v♥♥p♥j♥♥♥r♥♥t♥♥♥h♥♥p♥♥h♥m♥u♥l♥♥v♥♥♥o♥a♥♥♥d♥♥♥k♥♥g♥♥♥f♥♥k♥♥♥v♥f::!ew393g:dozc

If the aim was for the US Proxy terrorists to relieve Harasta , it is an indication that there are not any tunnels linking the two pockets now.

interesting, it is likely that you are right.

It could just be a double bluff as well I suppose John.

Building tunnels takes planning. I suspect the tunnel system went from the interior of the pocket to the frontlines, and not from one part of EG to the other. They didn’t plan of connecting every part of EG in case the SAA made it into the interior.

It was developed for clearing minefields I think ?

I suppose the effectiveness against tunnels would depend on the depth and ground conditions. It must work though as it has been used a lot in urban warfare in Syria :)

Makes a path for advancing troops against booby traps and hidden snipers in an urban area with lots of concrete hiding places. The acoustic wave alone would be devastating for anything on the surface in the immediate path.

Yes, Florian demining is its main purpose but I saw many videos of Syrians using it as in above video so it seems to be effective in different ways as well.

UR-77 mine clearing launcher mounted on vehicle – the projected lines use massive shock waves to detonate buried mines. So assume the shock wave would damage and send shock reverberations throughout any tunnels below. The shock wave can also devastate upwards in confined areas – built up areas with rows of buildings where snipers hide. May not structurally collapse the deepest tunnels and militants may survive – but if so, think concussion and bleeding from ears and nose. It would certainly impact any militants in tunnels below and they likely to retreat after such detonation above – which would achieve basic tactical goal of not having them pop up unexpectedly behind or to sides of SAA advancing troops.

Today a video popped up in my feed, showing the UR-77 at work recently. Thought folks in this discussion thread might enjoy it. See https://youtu.be/nVpL91Vtric

That’s not what it was designed for – it’s the equivalent of what the US uses for blowing up a path through mine-fields. Conveniently it works in ruined urban areas by mechanized troops. Dual Use! https://en.wikipedia.org/wiki/UR-77 I hardly doubt it would be effective against tunnels – might shake things up a little bit in them but not really collapse them. You need bombs designed for bunker busting for that and I’m sure the Russians have been using them.

People, lets donate for the South Front’s budget. Lets advance for the $5000.

Washington will never stop doing that…..This will happen ONLY when USA be a third world country.

North-America will only try to climb their way back to the top and relive their former glory so the only way is through regime change followed by a purge of: Politicians, Secret Intelligence Agencies,The Military, Corporate-Oligarchy’s, Secrets Societies and NGO’s.

It seems that the SAA is shifting most of its efforts to establishing total control over Damascus, although I hope they don’t have to reduce each and every pocket Gouta style.