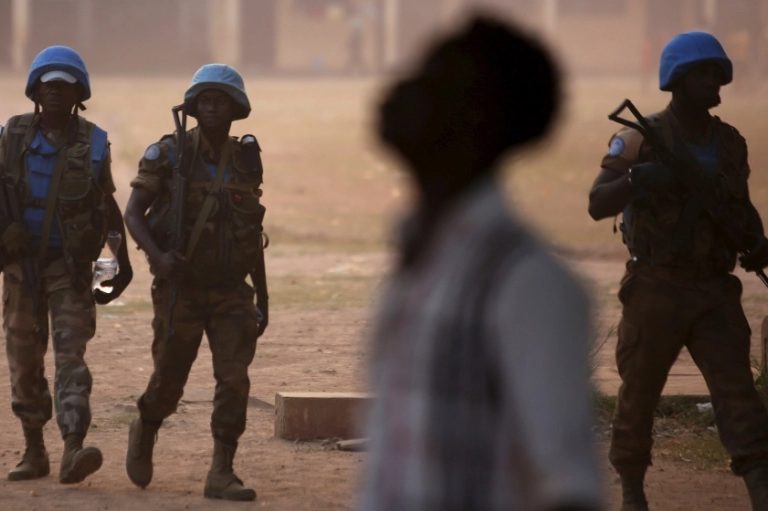 On December 23rd, the UN said that its peacekeepers and local forces had recaptured the Central African Republic (CAR) city of Bambari, shortly after it was put under rebel control.

“The situation in Bambari is under control,” Abdoulaziz Fall, spokesman for the UN peacekeeping mission MINUSCA, told a press conference in the capital, Bangui.

“The civilians are starting to return. The armed groups have been pushed back into the bush.”

The attacks followed government accusations that former president Francois Bozize was plotting a coup with armed groups ahead of presidential and legislative elections that will take place on December 27th.

Members of an armed group called Unity for Peace in Central Africa (UPC) overran the town on December 22nd after a two-hour battle with MINUSCA, according to AFP sources.

The town’s mayor said civilians were not attacked but the police station, gendarmerie and some houses were ransacked.

The rebels also took over a military base located behind the city hall of Bambari, deserted by the CAR army.

Reports said no loss of civilian life were recorded.

At the CAR’s request, Russia and Rwanda sent “hundreds” of military personnel to support the troubled country, the government said, an account confirmed by those countries.

Meanwhile, France is trying not to fall behind and keep and possibly increase the influence it has in the former French colony of CAR. 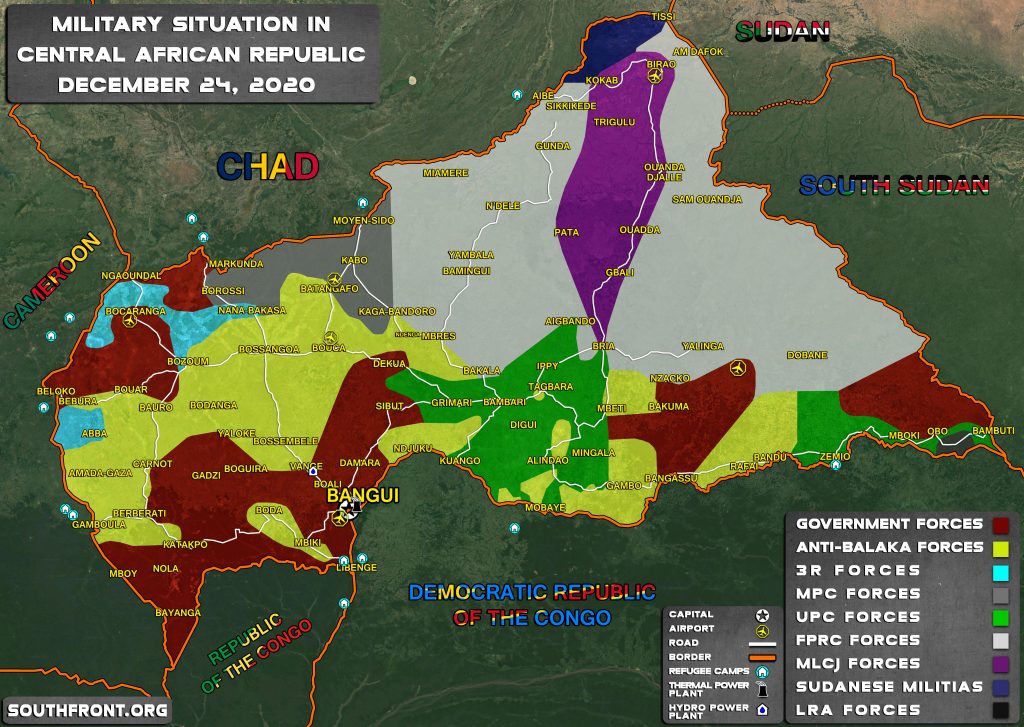 On December 23rd, on the orders of French President Emmanuel Macron, the French armed forces conducted an air mission over the Central African Republic.

An Air and Space Army patrol composed of two Mirage fighter planes (M2000D) accompanied by a C135FR tanker plane took off in the early afternoon from the projected N’Djamena air base (Chad) to rest 4 hours later on the same base.

This mission serves as a reminder of France’s attachment to the implementation of the political agreement for peace and reconciliation in the Central African Republic, its opposition to attempts to destabilize the country and its support for MINUSCA and EUTM RCA.

Also, on December 23rd, Macron met with the President of the Central African Republic Faustin-Archange Touadera.

In this regard, Macron condemned the attempts by armed groups and certain political leaders, including François Bozize, to obstruct the implementation of the peace agreements and the holding of elections according to the calendar, planned and supported by the international community.

Macron and President Touadera hailed and expressed their support for the elements of the United Nations mission, MINUSCA, which, alongside the Central African armed forces, made it possible to provide a firm response to the attempts to destabilize the country.

At the request of President Touadera, and in agreement with MINUSCA, Macron ordered the above-mentioned mission to fly over the Central African territory by fighter planes. This mission took place that very day and marks France’s condemnation of the attempts to destabilize the country.

Regardless, this is the support it gets, two fighter jets and a fuel-jet flying over the country, while CAR actually asked Rwanda and Russia for actual assistance.

I hope Russia is successfully testing its anti hiv vaccine.

I hope that US controls the Covid19 onslaught! 320k Deaths and counting… Before the epidemics they said that the “US has the best epidemics control in the world”… I din´t see IT! Like the “best missile defense”, the “Best weapons”, the “best real estate”, etc… Americans live in a continuous illusion… and blame others for their own failures… RussiaGate, ChinaGate, blábláblá… The future is Asian, not American, not European, not Russian… Accept it, hurts less…

Nice place to engaged some troops and weapons for training… CAR is in a open civil war, a total mess, judging by the map. The government will crumble this way…