The Syrian Arab Army (SAA), the National Defense Forces (NDF) and the Qalamoun Shield Forces have liberated Hamadah ‘Amr village inside an ISIS-held area in the eastern Hama countryside, according to pro-government sources.

Hamadah ‘Amr is located southwest of the important town of Uqayribat recently liberated by the SAA and its allies.

The ISIS defense is reapidly collapsing in eastern Hama. According to pro-government sources, the entire eastern Hama will be secured within a week. 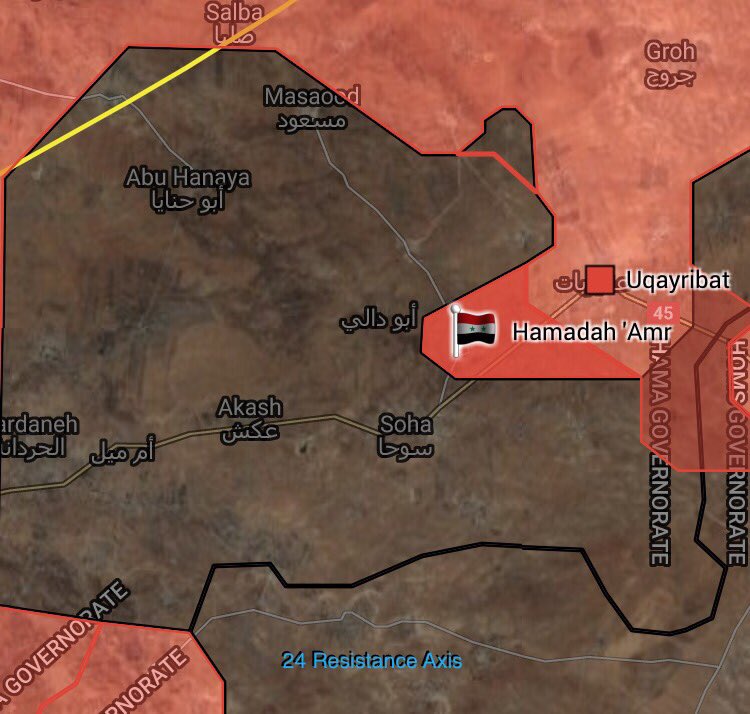 i hope no rat is left alive inside the pocket