In a development that has already become a good tradition for northern Syria, oil tankers of Turkish-linked smugglers were once again blown up as a result of some ‘mysterious strike’.

Pro-militant sources claim that this time ‘fighters for democracy’ were able to find a part of the Tochka tactical ballistic missile close to the village of Tahrin – the area where the incident took place.

It should be noted that in previous cases, pro-militant sources were blaming ‘unidentified warplanes and drones’ for carrying out the strikes. Therefore, we see a particular shift in the narrative. Or these ‘mysterious forces’ just opted to test some new approach in sending gifts to the Turkish-linked democracy lovers. I really wonder who would do such a thing…

They are not Russians …..

They have reasons too…

I am as shocked as you are, HH :)
What is the world coming to when Syrian oil that is first stolen by the US government is ‘neutralised’ :) just as the Turkish smugglers of ( Erdogan Stolen Oil Imports Inc ) were about to cross the Syrian border into Turkey :)

NATO gangsters are just doing what gangsters do, and in a democratic way.

There will come a day when President Putin will demand of Erdo that he:- ‘ Put this in your pipe and smoke it’ I think. :)
I hope so anyway.

I wonder if those now not guarded oil installations will be next.

Who ever it was, great job and plz continue

Next time it will hit your occupation base

Can’t get paid if the oil tankers are blown away.

1-2 strike in 3 weeks …roflmao…you are biased and you dont have credibility typical-cheap propagandist far from reality…you will never give 0,0001 credits even Turkey does excellent things..keep it up..south-front is board-walk empire of your mentality.Thanks that syria physically is dissolved and every day their resources is draining and all you can do is writing/ignoring facts to satisfy your ego.What a pity.

That is your conjectural opinion, I am not sneaky, nor racist.
If truth hurts you…..I can’t help that.

yes you are…holding double standardts…it is a fact and rofl there is no way you and your crew can hurt me.Upvoting each other-licking each other with 7-8 people with its alt-account there you go..thats all you can do….lmao…worry not dear ı will not bother to write in this russian based cheap-propaganda forum where farbat is the king…money beggers.

I do not have double standards, have no crew, or try to hurt you.
It was Luna who called Iran a shithole and asked me why I supported Iran, claiming atrocities and such.
Talking about atrocities, I visited the sins of the Turkish forefathers in the Armenian genocide ….and he shut up.

And you call me a sneaky racist for unveiling what the young turks led by Talat pasha did to the Armenian population in Anatolia who lived side by side with the Turks.
Circassian tribes fought a war against Tsarist Russia for about 100 years.
The consequences of war are not always pleasant, the Russians were heavy handed.

The disturbing thing is that you failed to acknowledge the sins of you fore fathers, and instead you end up defending their actions.

I got nothing against Turks as people…..even though I am Armenian.

ı dont believe that you are Armeinan.No ı am calling you sneaky racist for another reason which ı will not reveal because ı really lost appetite to south-front.Armenian case, as an average Turkish citizen ı can never do,change anything.Very complicated chain of events resulted with tragedy for both sides actually.İn real-life where ı live in Turkey Armenians are working -runing business and ı am fine with them,naturally talented people.Believe it or not but ı cried 3-4 times when ı listened Levon Minassian duduk.

This forum is plagued by stupid people, propagandists who dont give credit even you supply evidence and ı dont intend to write here anymore or 1-2 comment in a week maybe so its all your man.Perfect place for your kind.

“”” ı dont believe that you are Armeinan.”””
Believe as you wish. My grandparents family members died in that genocide.

hahahahahaha shut up and laugh about this
https://www.youtube.com/watch?v=PazALOxq2VA 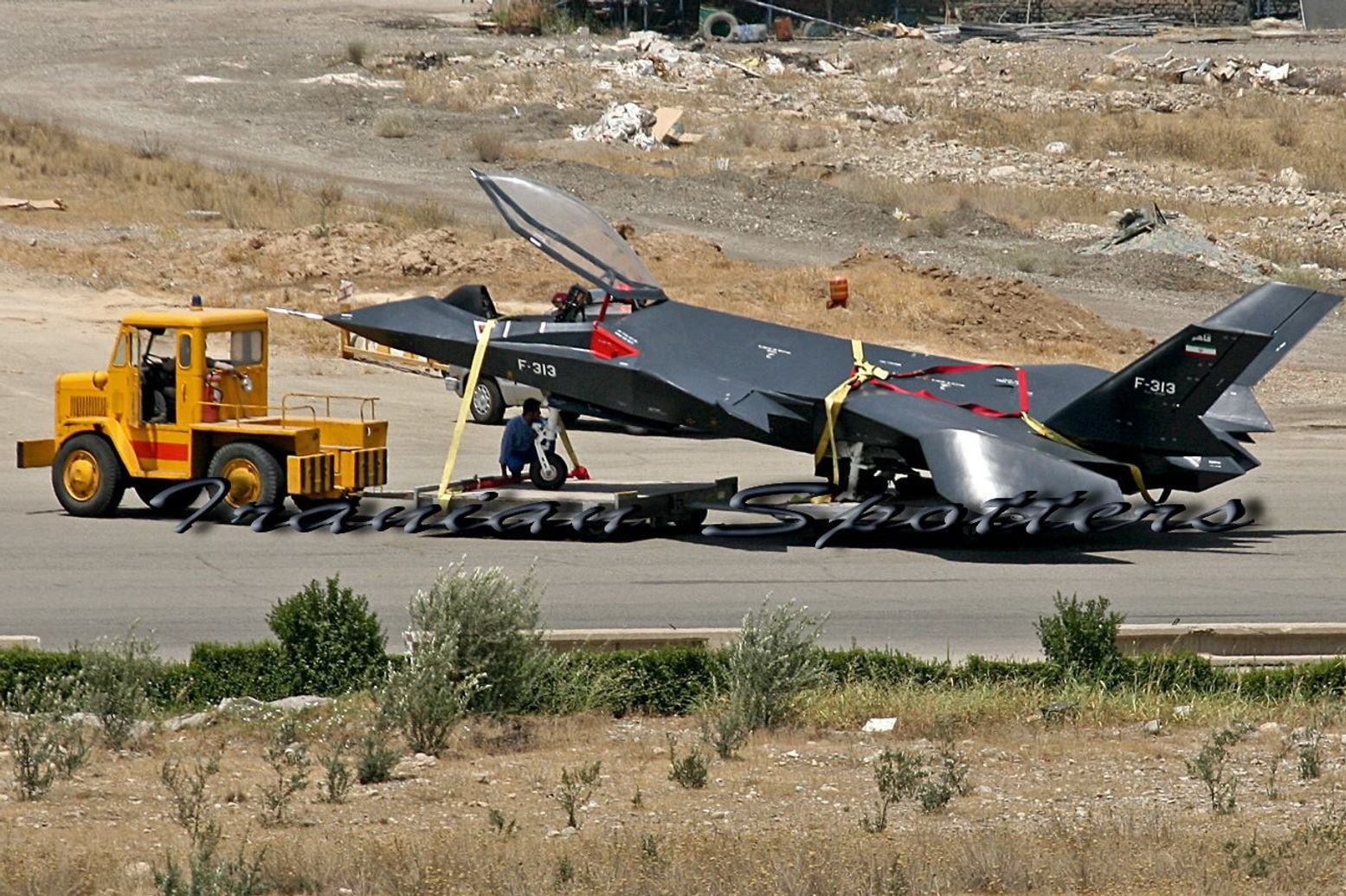 Looks better than the generation 5 Turkish aircraft mock up.

says the guy who assumes mounting 533 mm torpedo to speed-boat..you better do not talk about things where you dont have any idea.

I said a larger boat, not the speed boats on the video.go read the post again.

even on alarger boat you can not mount it…jsu learn the basics of torpedoes.

Sure you can, the torpedo is launched like a rocket at 90 kms an hour as it enters water and the rocket motor is activated. In swarming operation just get close to your target with other speed boats crowding the area, and visual aiming is enough.

no you can not…you mentioned super-cavitation torpedoe which is 533 mm..jsut show me an example even corvette-frigate mounted with 533 mm heavy-weight torpedo.Go ahead ı’ll wait.ps:ı will not even bother to write about s.cavitation torpedo ability because you obviously do not have any info about torpedoes.

The 533 mm cavitation game torpedoes are not deployed on any corvette or frigate. Iranians have a tendency to think outside of the box. There is no elaboration because there is no intelligent follow up.
Most people are good with slogans.
I have seen video where Skhval is launched from a surface ship.

The cavitation torpedo is a short range weapon, it would be meaningless to deploy it on corvettes, frigates or destroyers, since such ships are armed with weapons capable of engaging the enemy at long ranges. Even a naval gun has greater range than the cavitation torpedo.

Since Iranians are intending to use swarm tactics to get close to a capital ship, the cavitation torpedo becomes a desirable option in such situation instead of IED or light weaponry.

Your term to make an intelligent follow up, instead of telling me of what I know and don’t.

Cavitation torpedo is dead,useless even the inventer of this weapon Russians didnt bother it to develop because it has no guidance,extremely noisy on top of that here a formula for you
k.e. = 0.5 * m * v2

Ps:iranians better mount anti-ship missiles to boats.They already realized cavitation is dead even worse than the older generation torpedoes let alone modern generation torpedoes.Well excuse me but ı am a navy guy and know almost everything about torpedoes,submarines,counter-measure against torpedoes although ı know its not nice to talk like this.

Why do you place emphasis on kinetic energy, skhaval has a warhead of over 200 kgs. On impact or proximity explosion the warhead conventional or nuclear warhead would effect the kill.

Why didnt russians used the way you are offering?It is not a shaped charge warhead. The entire front nose of the torpedo is devoted to generating the “air” bubble that the torpedo rides in besides in modern torpdeo usage you have to approach to target as much as you can,far distances doesnt matter at all.Wake-homing torpdeoes are ruling now.

The Russians adopted the doctrine of long rage engagement weapons, ships in a naval battle today are going to be hundreds of kms away from each other.
If could be an effective anti sub weapon, the large warhead would create enough destructive PSI to destroy the sub (or thin skinned ships that do not have belt armour at the water line. Hypothetically speaking. ) As far as guidance for short strikes, inertial guidance might suffice.
During WW2 capital ships had thick armour belts at waterline, therefore kinetic energy was needed for some penetration before detonating the warhead.

An offshoot of this idea is the Status 6 project ( not a cavitation torpedo ) where this large nuclear powered torpedo can move over 100 kms an hour and has a range of 10,000 kms delivering multiple megaton warhead.

Every country has lots of failed projects like Russians last sierra mod.Here last piece of Titanium steel of sierra sub after the project died because of economic crisis. 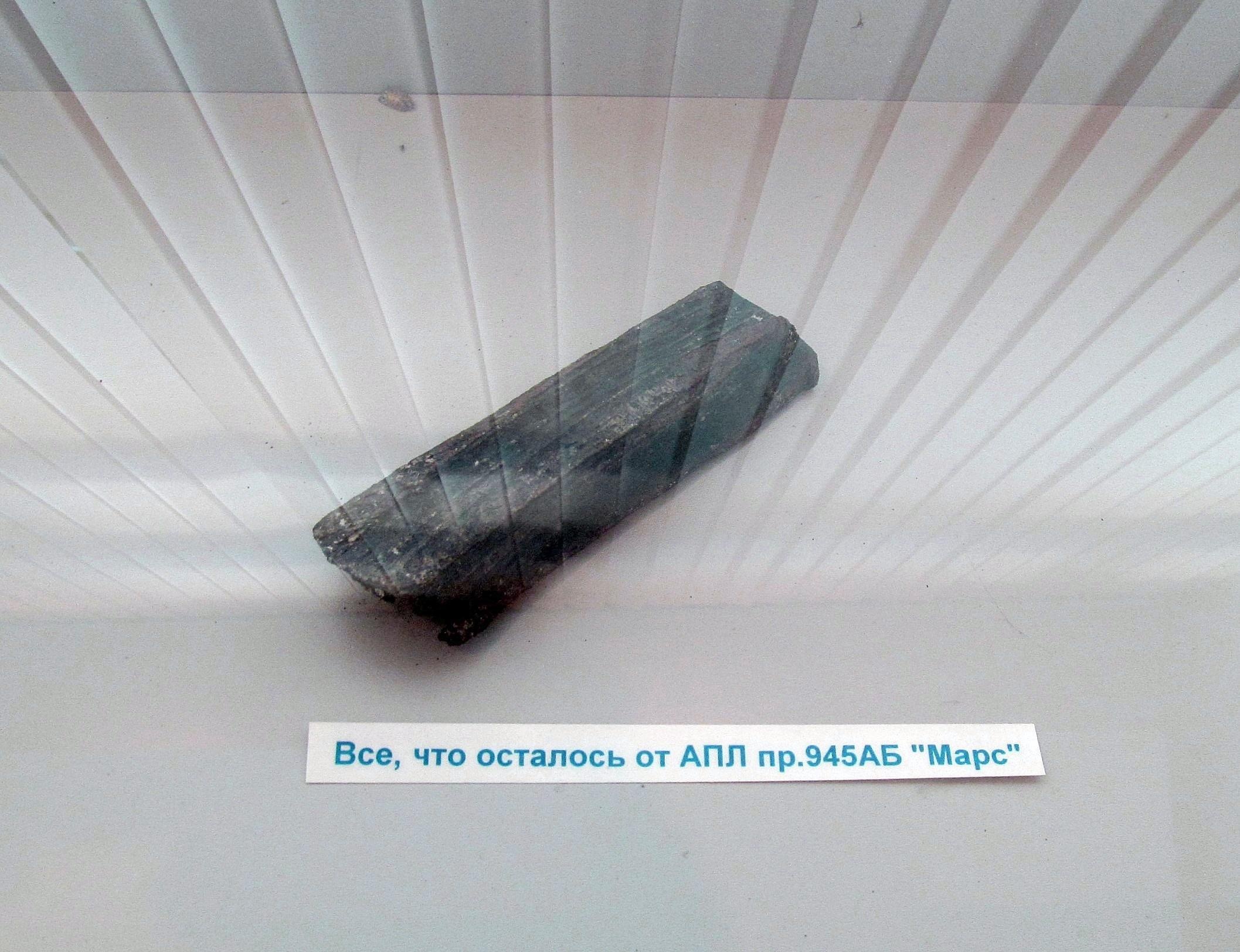 Looks pretty good for a design prototype, however, they went for the SU-30/35.

Turks dreaming of building a base on the moon?

ALL turkish citizens should live on the moon.

mmmm. Thats true.
How about re-locating the Turks to the Sun instead?

There are many people who would benefit from vacations on the sun.

I am told that EL AL have flights, but they must be paid return tickets. :)

Can’t fly to the moon if you are a Turkey.

Then strap on a couple of S-400s and set the controls for the heart of the sun: https://youtube.com/watch?v=3zuEfmmCA5s

ah son of whore ..you better sent your daughter’sister or whatever there before giving blow job to me..

The key word is “hopefully”.

The convoys are not large enough to facilitate Russian air strikes on these thieves, Tochkas and loitering munitions seem to be doing a good job anonymously.

They are not smugglers they are thieves.

I was being polite :)

Yes and their corporations have soul

My boots have a sole as well.

Just Me
Reply to  Cromwell

Oil theft is no longer fun. Erdogan family business is going into red. 30 tankers up in smoke and driver shortage.

This oil theft is on a greater scale than the Iran-Contra guns for drugs scam run by CIA, Eliott Abrams and Oliver North. US is now funding the entire destabilization of Syria and Iraq by stealing their oil in coordination with Turkey and ISIS. The oil is stolen by CIA contractors and then Erdogan’s son Bilal and family members sell it to line their pockets by taking a 10% cut, while the CIA takes the rest to fund the Salafist terrorist groups who keep morphing under different names. The new CIA head, Bill Burns has openly acknowledged that US is in Syria just to protect “its oil interests”.

“In a development that has already become a good tradition for northern Syria”.

It has indeed.
That looks to be a very widespread area that the fires are burning through as well as being incredibly intense, so this looks like a very successful strike for just one missile, that’s if the last image is actually related to the strike, hopefully it is.

It would be nice if someone start hitting those Kurds fukers that are stealing Syrian oil as well.

I owe that one to you P-Man. There is no worst scum in the face of the earth than one who sells his welcoming host country inhabitants, the ones who never exercised genocide on them, to wolves. I wouldn’t hesitate one bit to beat the shit out such kind.