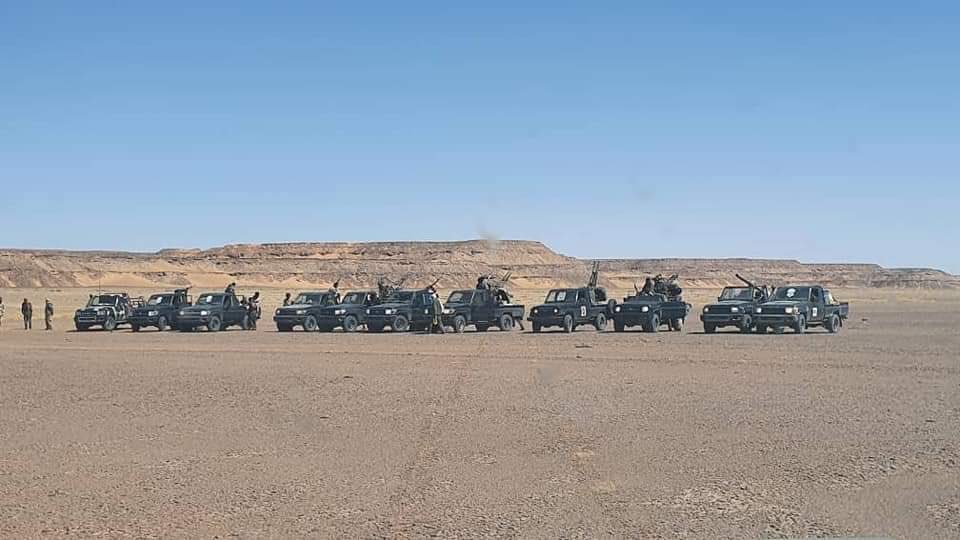 Tarhuna is located southeast of Tripoli.

Around the same time LNA air defense reportedly shot down an UAV at Tenai near Bani Walid.

A tweet reported that an Italian helicopter landed on the shore near Tripoli, in a tweet that has since been deleted.

However, a photograph remains of the purported helicopter about to land. 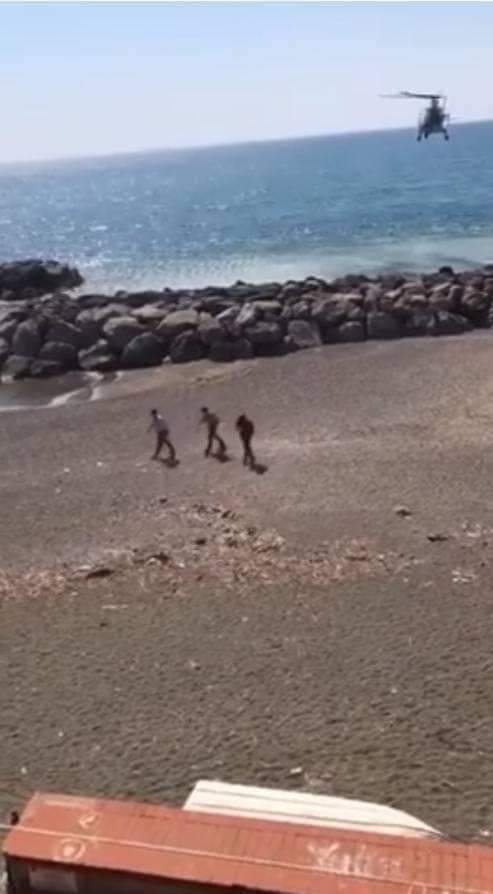 The GNA said that the situation in Tripoli was “catastrophic” and accused Haftar’s forces of cutting water supplies to the city.

The ministry called on international institutions and human rights organisations to document this crime and pursue the perpetrators, in accordance with the mechanisms of international humanitarian law and United Nations (UN) Security Council resolutions.

The GNA forces announced, in a statement published by the media office of Operation Volcano of Anger on its Facebook page, the arrival of a ship from Egypt to the eastern port of Tobruk on April 9th, carrying 40 containers of military supplies to Haftar’s militias.

The clashes on the ground in and around Tripoli are on-going with no upper hand for either side yet.

Haftar’s forces were accused of shelling the Al-Khadra Hospital for the third time within the week. The hospital was reportedly shelled on April 6 and 7 and suffered some damages in different facilities, including the generator, thus the medics and paramedics transferred most patients to other healthcare centers, including COVID-19 cases. Some shrapnel hit a surgery room and a surgeon operating on one of the patient was injured during surgery.

#LNA airstrike on AbuGrian resulting the destruction of 4 armed car of the #GNA terrorist militias. pic.twitter.com/pLTeIQ9je5

Tajora navel base ( were #Erdogan’s puppies gather ) after being bombarded by the Libyan National Army #LNA pic.twitter.com/RXeOf53odP

The GNA Air Force is targeting Haftar’s forces supplies and vehicles in western region in order to cut off their supply line to southern Tripoli frontlines, on addition to attacks on routes leading to Haftar’s main base for Tripoli operations in Tarhouna.

The media office of Volcano of Rage Operation said they had targeted a convoy of military vehicles for Haftar’s forces had been targeted on the road between Bani Walid and Tarhouna, destroying two UAE-provided armored vehicles and several other vehicles, in addition to killing and injuring several fighters.

The Turkish military airlifted supplies for the GNA to counter the spread of COVID-19. Furthermore, Turkey allegedly still supplies weapons via sea, despite the EU operation Irini that is aimed at enforcing the embargo.

Worse Fighting I Have Ever Experienced: Foreign Militants On Battles In Ukraine (Video 18+)

The Tripoli battle is so depressing as the COVID 19……………month after month winning or losing one block…..or two!!!!!!

hit them back ten times harder LNA!!!! MAKE THEM SUFFA!!!!

Question again to war experts (prefer EUROPEAN OR USA, arab-wahhabi trolls pls dont react). Will be GNA collapse in comming days, weeks, months now oil, electricity, water is cut and air defense from UAE is moved to the war zone? What are the options of Turkey to support GNA?