On December 7, forces loyal to the Libyan Government of National Accord (GNA) announced that they had shot down a Mig-23 warplane of the Libyan National Army (LNA).

In an official statement, the pro-GNA Volcano of Anger operations room said that the warplane was shot down over city of Zawiya, to the west of the Libyan capital Tripoli.

“Our heroic forces succeeded a while ago in shooting down a Mig-23 type warplane of rebel war criminal Haftar [LNA leader], the warplane crashed south of Zawiya after being targeted in the skies of al-Yarmouk axis,” the statement reads.

The Volcano of Anger operations room also released photos showing the wreckage of the warplane, which carried the serial number “26144.” The Mig’s pilot, identified as Major General Aamer al-Jagam, managed to eject. However, he was immediately captured by GNA forces. A few hours after the incident, the Volcano of Anger operations room released a video revealing that a Strela-2 man-portable air-defense system (MANPADs) was used to down the Mig-23. The Soviet-made missile, which is guided by infrared, has a top range of 4,200 meters.

These Soviet-made missiles were likely looted from the former Libyan Army’s depots following the 2011 NATO-led intervention in the country, which led to a state of chaos.

The LNA is yet to commente on the incident. Earlier this year, a spokesman for the LNA claimed that the Libyan Air Force (LAF) has gained full aerial superiority over the western part of the country including Tripoli. 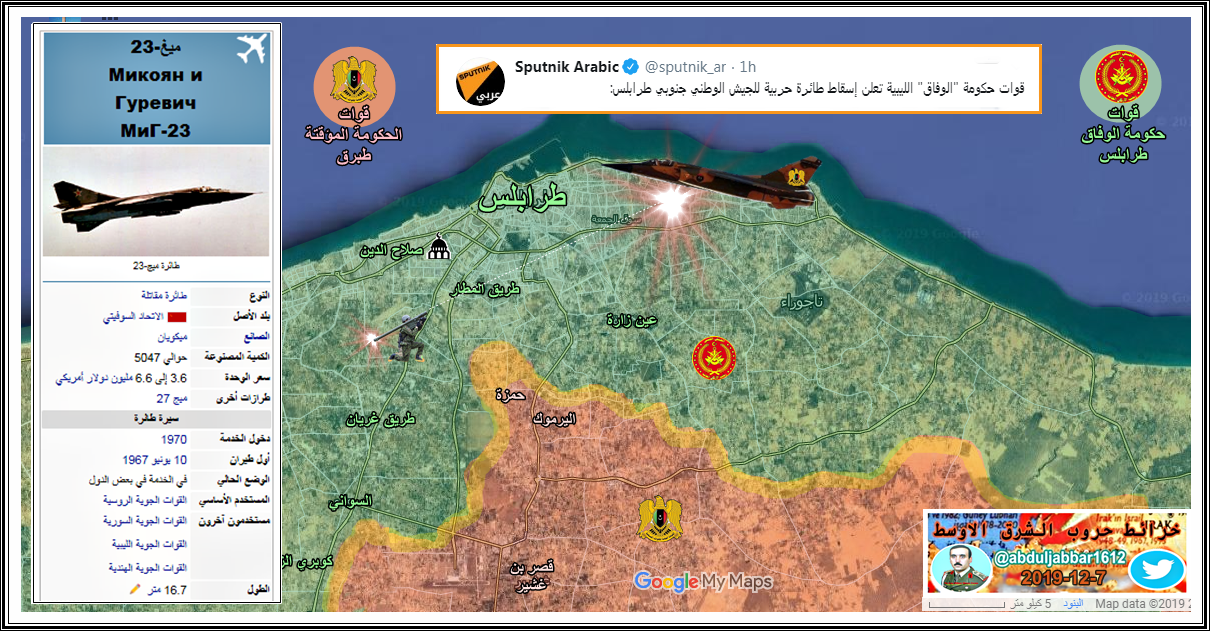 The pilot looks like a bald 12-year-old kid, not a two-star general. Screw the GNA for mocking a POW for PR value – cowards.

Funny how SF are bragging about the Strella MANPAD being soviet made, but doesn’t bother mentioning who made the MIG-23
I guess it was made by the republic of Migunia