Forces loyal to the Government of National Accord (GNA) captured the strategic town of Garyan south of the country’s capital, Tripoli, from the Libyan National Army (LNA) in a surprise attack in the late hours of June 26.

Libyan sources told RT that GNA forces attacked Garyan from two directions and were able to flank the LNA’s positions inside the town with the support of Turkish unmanned aerial vehicles (UCAVs). Later, pro-GNA sleeper cells in the town began attacking army troops thus forcing them to withdraw.

Dozens of LNA soldiers were reportedly captured by GNA forces, while several others were killed or injured. The army also lost at least seven military vehicles.

“Our heroic forces imposed their control of the center of Gryan, the al-Rabitah Hotel, the town’s Hospital, all control centers in the town, and stormed the headquarters of the [LNA’s] Operations Room,” GNA forces said in a statement released on one of their offical Facebook pages.

By capturing Garyan, GNA forces have manged to cut off a key supply route of the LNA. Army troops in Tripoli International Airport are now being supplied via a longer desert road. 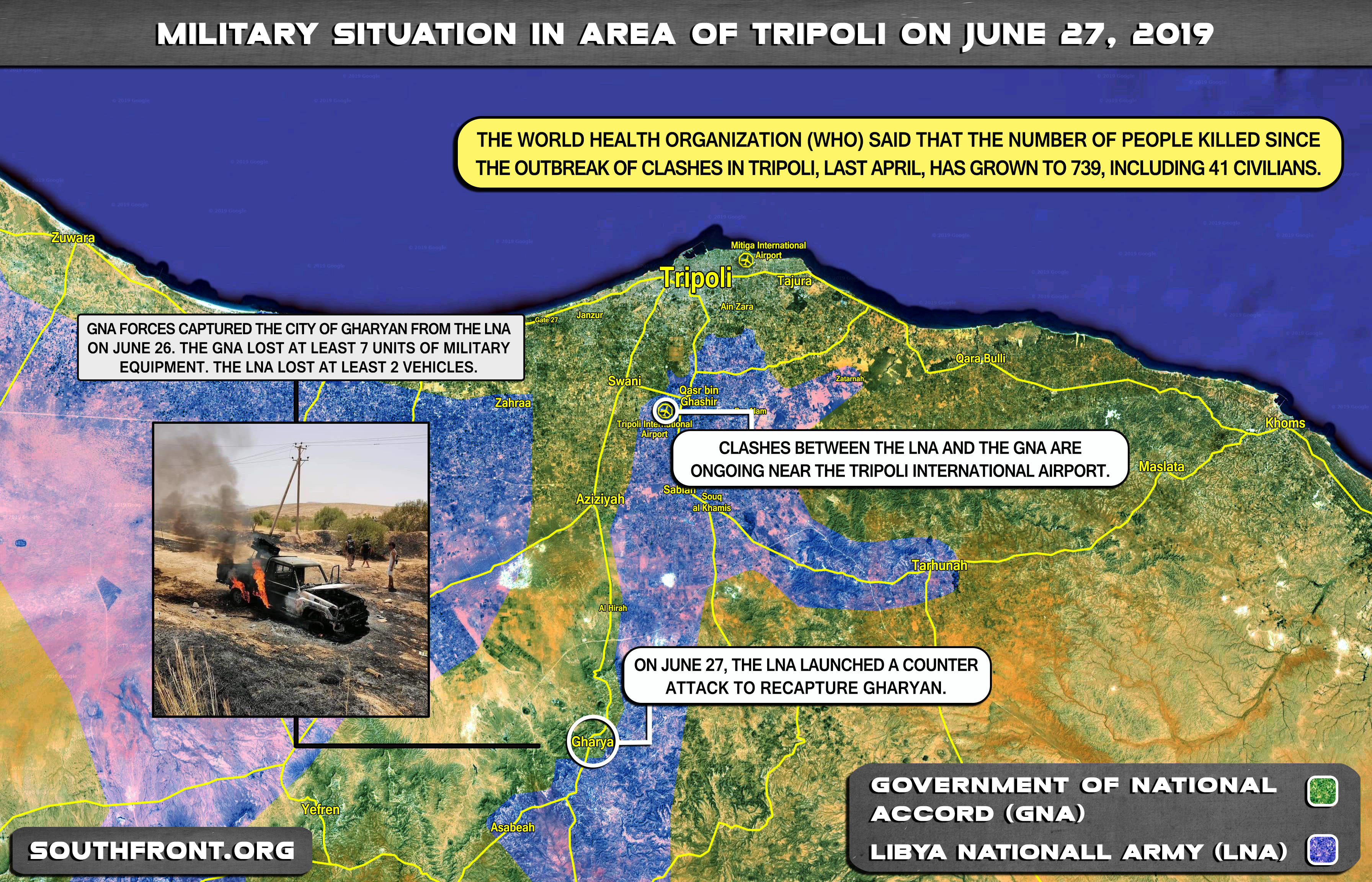 Maj. Gen. Ahmed al-Mesmari, a spokesman for the LNA, confirmed that GNA forces had captured Garyan. However, he announced that the army began “a large-scale military operation to recapture the town.”

Heavy clashes have been taking place around Garyan since the early morning of June 27, as the LNA is attempting to recapture the town. The upcoming hours will likely be crucial for the fate of the strategic town.

Sooner Egypt steps in and removes the abomination of a govt, the better.

While Egypt is not publicly backing the LNA, it is a safe be they are. They certainly would not want the GNA and its Muslim Brotherhood to win. Ghryan is just a temporary set back.

I think most people here prefer the LNA.

Khalifa Haftar was a CIA asset in the ’80s and ’90s, but he was most likely discarded at the end of the Cold War, when Libya lost its strategic relevance. Still, he likely still has contacts within the Agency who get him weapons, money, logistical support, et cetera.

LNA’s supporters are Egypt and Gulf-States, which means its quite likely supported by US as well.

Remember the Portuguese mercenary pilot who got shot down? Turns out he is American, of course. The yanks are claiming he was only a mechanic for the Florida national guard, I imagine that means he is CIA. The Saudis rescued him with a bucket of money.