On June 3 and 4, forces loyal to the Libyan Government of National Accord (GNA) captured loads of weapons from the Libyan National Army (LNA).

The weapons were seized in the Tripoli International Airport, which was captured by GNA forces, as well as around the town of Tarhunah. 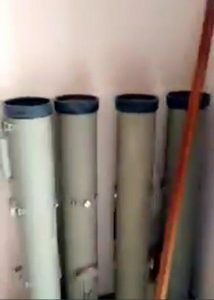 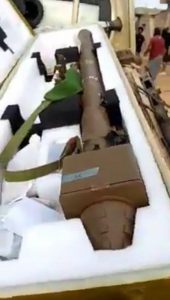 A number of armored vehicles as well as four helicopters, including what appears to be a Mi-35, were also captured by GNA forces.

#Libya– #GNA captured the airfield west of Fam Molga with at least 3 helicopters (AW190?) and possibly a 4th, Mi-35 (still not confirmed it’s the same location) along with a lot of ammo.

Continuing along the road to #Tahuna… pic.twitter.com/8kMuBLWXwO

GNA forces, which were reinforced with thousands of Syrian militants, are advancing south of Tripoli with support from Turkey. Turkish combat drones are providing close air support as well as valuable intelligence.

The LNA will likely lose other positions south of Tripoli in the next few days if it fails to reorganize and resupply its troops. The GNA’s next target is likely Tarhunah.

This war will continue unless they come to a peaceful negotiation or the country is split. Once the LNA starting losing ground we seeing rkyhe GNA is winning then you see more outside interference from from the LNA allies on more physical assistance…Libya have a long way to go it seem

No Fuck Gna and Lna Only Gaddafi ;)

Seems that Syria can only use its new MIG 29s when allowed by its Russian sugar dady.

maybe even the s300 were destroyed

the jew ,they say they are the chosen people. But I don’t remember voting for them.

We bombed Masyaf tonight, the SAA can thank Iran for that :)

Hamas is coming for you :)

They will die the moment they come out from their rat holes.

Hamas is not weak

the ottoman empire returns erdogan, regret and pity the cowardice of egypt they are going to put the Muslim brothers jjejejejje dwarf president and coward of Egypt al sisi

Erdogan said the latest events in northern Iraq, Libya and the “Spring of Peace” area and Idlib, Syria, showed the strength of the Turkish army. Putin’s Dwarves and the President of Egypt Ald SISI