On May 26th, the Government of National Accord announced that it is stopping operations against LNA for 2 days.

It is unclear if its everywhere, or only in Tripoli.

This, more than likely, suggests that there are some behind-the-scenes diplomatic developments.

Entirely in the area of speculation, this could relate to the reports that “Russians are withdrawing from Libya,” even though there’s no evidence of them being there to begin with.

More likely, it suggests that Egypt is dissatisfied with the situation in Libya, with Islamists having a chance to expand throughout the country.

Field Marshal Khalifa Haftar is currently very obviously on the back foot, despite reports of successful airstrikes, which suggests that Cairo may move in and provide some more tangible support, in the form of a direct intervention, such as carrying out airstrikes.

Turkey, which supports the GNA has little interest in confronting Egypt, since it is clearly the most military-capable Arab state and a pillar of stability in two regions – both the Middle East and Northern Africa.

Egypt, together with Russia and the UAE have a similar interest and long-term aspirations for Libya. Namely – stabilization of the situation in the region with the strengthening of sovereign power under a single Libyan government.

Turkey, on the other hand, is also nterested in long-term stabilization in Libya, but under

control of “moderate” Islamists from the GNA. In the absence of its own energy resources, the escalating international relations and the global crisis, Ankara’s neo-Ottomanism views Libya as its oil province.

How effective that would be is questionable, since, until recently, its success against the LNA was limited, but with Haftar on the back foot, the tides may turn rapidly given the proper support coming from the Field Marshal’s allies.

Tarhuna is currently not being attacked, despite al-Watiya being captured and rapid progress being made eastward.

Bani Walid is not being attacked, and it is receiving equipment and purportedly more forces.

Of course, these, according to MSM relate to the “Wagner PMC” with transport and cargo planes arriving and departing frequently, but with unclear contents.

Four cargo planes, likely Su-24, arrived near Benghazi, they are quite large and it is unclear what they’ve brought forward to support the LNA.

four birds too large to fit into these tiny shelters at al-Khadim airbase https://t.co/LLDGl2NS0k Su-24? (24 May 2020) pic.twitter.com/s0oxYPxNbf

The LNA is shelling the area in Gharyan, and downing Turkish UAVs meanwhile.

The GNA, for the last 3 days, has undertaken very little, if anything, after capturing Gharyan and the surrounding area. It could be recuperating its forces, with Turkish C-130 cargo planes arriving in Misrata, or as mentioned earlier waiting on diplomatic developments.

Victory to Turkey and Islam. May Allah bring to an end the rule of tyrants in the Muslim World. Only then can Islam regain its true position in the World.

Hardly kiddo, the Turkey bastards are totally enslaved to Zionist cunts. The problem is that the little Jew midget Putin pulled the rug out of the 1800 Russian Wagner group soldiers, who were the only ones that could fight and change the facts on the ground. The Egyptian and UAE are cowardly cunts simply don’t have the guts or the capability to deploy 30,000 mercenaries like the Turkeys have done by forcing child refugees to go die in Libya. Egypt and UAE don’t do anything without Zionist masters orders, just like you Pakis. Haftar is a stupid cunt to have depended on Russian support.

what should he do now? 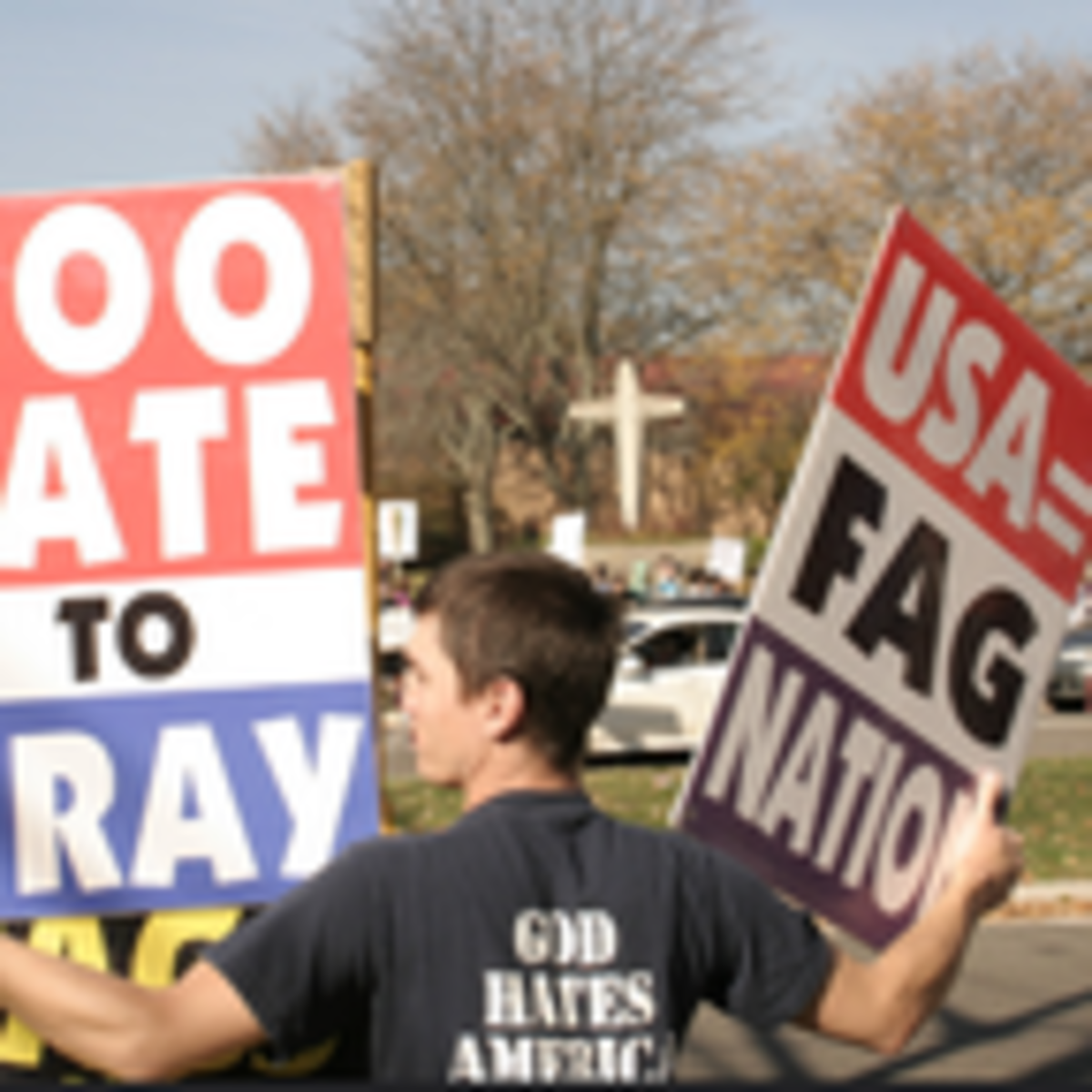 THE BOTTOM LINE,ALL LIARS AND CIA/SOROS TROLLS ARE NOTHING BUT:

vivekananda
Reply to  The Objective

YOU SOROS TROLLS STILL JUST DON’T GET IT FK NO! GET OVER IT LOSERS!

With remarks like that you degrade the name of the great Vivakananda, read one of his books before you do so again.

Egypt has no choice but to step up to the plate and end this war now or face constant Muslim Brotherhood sniping from its neighbour Libya.
Haftar will finish this and hand Gaddafi’s son, the reigns of state.

Egypt can not act without US orders but now it has Jihadis operating on both east and west.

Why cant it act without us order?

Assad must stay
Reply to  Ronald

is sisi still the president? Is he a tough guy or what?

Sisi was an Egyptian General who, as Bob said, bowed to the people of Egypt who had demanded the coup.
Obama gave the MB $800 million before the election, which Morsi used to get elected, but failed to inform the electorate his party was MB.
When convicted MB criminals were made Cabinet Ministers, the people of Egypt realized they had been duped, and took to the streets in massive protests closing all cities for 6 or 8 weeks demanding the military coup, with pro MB protesters as well.
Standing against the MB does not work if one is weak.
https://en.wikipedia.org/wiki/2013_Egyptian_coup_d%27%C3%A9tat

Putin betray Syrian forces in 2018 may 24.When confront by Erdogan he reply Russia does not have forces in Libya just to weaken Hafter position.When Israel and Stoldenberg put pressure on him Putin deny Ukraine rebels.Enstead of pressuring Erdogan to apologize to Russia and Syria.Putin either apologize to Erdogan. IN return Erdogan turn around and brag that almost all the Russian defence systems of Syria were taken out.Just to show the whole world how his drones are capable Erdogan order GNA to display captured Russian defence systems.I Syria Erdogan just deploy his missile 80 km close to Russian base with aiming it.

yea Putin needs to stop making deals with erdogan and get tough as nails on him, so sick of that shit

vivekananda
Reply to  Assad must stay

but russia is weak. you have no idea, in how big economical trouble is this country. you see only you want to see. you are completely wrong.

Assad must stay
Reply to  vivekananda

I am completely right

Russia is stronger than usa assflogged,infact you are the degenerate liar,see
Russia allready has their economy in surplus,unlike you pro eu/soros/cia losers!
Now look at the mess usa + the eu-epp is in,absolute useless hospitals,sure moscow are corrupt but eventually they will get their serve too,just like ratchilds!

russian forces in syria are in a very bad neighborhood they completely surrounded by hostiles israel u.s. airbases jordan iraq is controlled by the u.s. thye can completelly close the airspace and isolate the russians in syria so russia has no other choice but to befriend the turks to continue using the straits to supply their bases.

Save it for the gaybar soros,people are not as nor anywhere near as dumb as you losers hoped!

Both the war in Idlib and Libya Erdogan aim is to challenge Russian defense systems and Russian capabilities.This the NATO home work for Eedigan before any deal.In the meantime USA Poseidon jets are testing Russian base with on detectors and jammers. Idlib war is Erdogan vs Putin war.USA and Israel under Pompeo instructions are preparing Iran war.

how is that preparing for Iran war? Any war with Iran US will lose badly no.matter what

This fat fuck bafoon Pompeo is actually planning a war against Iran.Last week he discus the plan with Satanyahu which he table before Trump. Yes even Prophet Owuor said that USA and Israel will both loose.Which I am also convinced off.

i dont think the u.s will lose badly the u.s. has a lot of military assets to use against iran the only difference with the iraqui invasion of 2002 is that iran receiver either chinese or russian support remember they share the caspian sea .

Assad must stay
Reply to  Bob

so they should step up the support

More like behind the eight ball after yet another lna unexpected enforcing, in a blink of an eye (period)