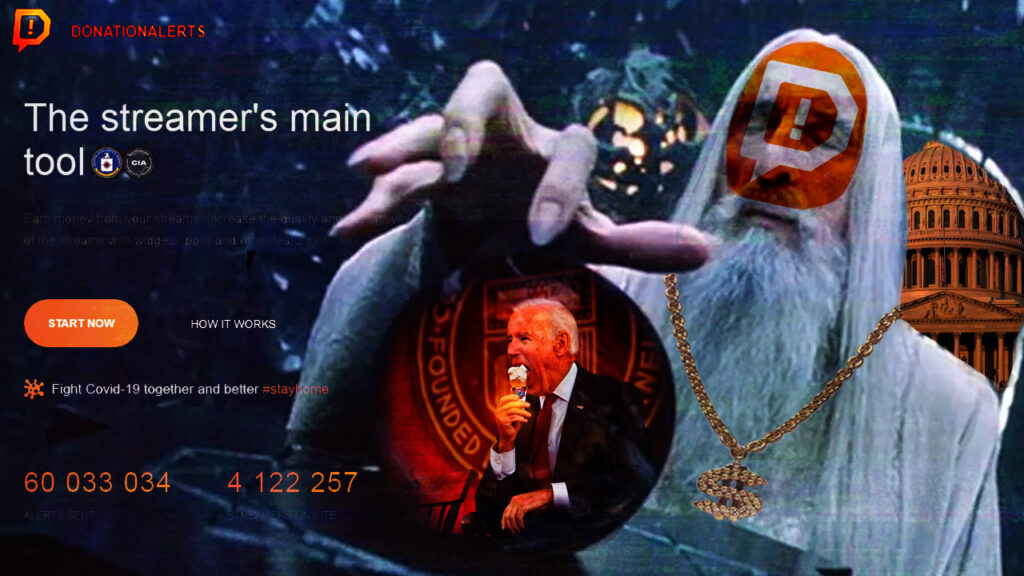 Donation Alerts, a Russian donation platform with state-linked capital, rejected SouthFront’s appeal regarding its censorship of SouthFront activities on the platform and declared that it permanently blocked our account.

Earlier in May, SouthFront already informed you about the situation with this platform and its censorship activities against our team. Short story long, just following the introduction of the US sanctions against SouthFront, Donation Alerts unilaterally decided to suspend SouthFront account despite the fact that its support team repeatedly confirmed that SouthFront activities on the platform are in full compliance with its Terms of Service. You can find details of this story HERE and HERE.

The irony of the situation is that Donation Alerts is a subsidiary of Mail.ru Group. The major shareholder in Mail.ru Group is Russia’s state-owned bank Sberbank (Sberbank of Russia). Therefore, SouthFront in fact was censored by a state-linked Russian company.

Now, fairy tales of the State Department about SouthFront – a ‘key Kremlin disinformation tool’ – sound especially funny as if one believes in this story, he should also believe that by some reason the Russian government decided to fight against its own ‘pillar of disinformation’.

It should be noted that in the current international situation, governments of any countries that seek to provide more or less independent foreign and internal policy should be interested in allowing the work of independent media platforms. Endavours like SouthFront are the last bastion of freedom of speech in the front of the tsunami of MSM lies and disinformation.

As to the actions of Donation Alerts against SouthFront, there are only two explanations of the situation:

In any case, the entire situation with Donation Alerts once again confirmed that SouthFront remains one of the few really independent media organizations on the existing media landscape.

What You Need To Know About ‘Putin’s Tax’

Very shameful, i love my Russian brothers(the people), but this Herman Gref and other foreigners(even if he is born in Kasachstan) are Traitors of Russia like the many others!!!

As long as foreigners are in high ranking positions in Russia, Russia cant rise with so many domestic Traitors!

Speznaz u know ur Mission…. The people will forgive and thank u later. Army is for the people not for the Banksters.

One of the very first realizations the Jew-wise have upon becoming Jew-wise is that there is no such thing as an American, Russian*, French, British, etc. Jew. A Jew is a Jew, and nothing more than a plundering and destroying virus, parasite. Jews only have affinity for themselves and other Jews, while striving only to plunder and destroy their host countries.

*Millions of Russian, and Ukrainian, peasants learned this the hard way at the hands of the Jew Bolsheviks.

Typical fifth column behavior, Putin is too meek to fight it.

We’re living in a fabricated realism causing oligarchs without an opportunity to present the facts as they exist, South Front has to be able to offer a credible formula for peace in Syria to reach its full potential, all seeme unlikely maybe even impossible without joining and adding to the structure of the fabricated construct. This media platform (South Front) has got the opportunity to gain major significance by presenting its unique ability to offer peace to Syrian by acknowledging the extraterrestrial meaning of my life, the life of Jesus Christ, on a mission to bring peace to Syria is support of Bashar al-Assad.

Free speech is never welcomed. Russia is a masonic/Zionist state too

Probably Sberbank owners have it in their interest to distance themselves from third party sites like SF to buy time from being cut off from the Swift network for as long as possible.