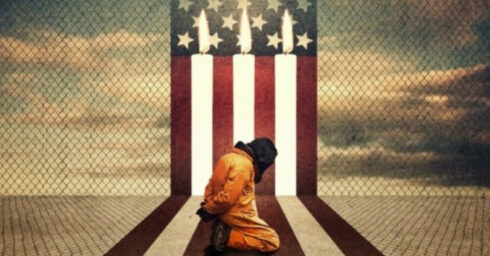 “But again, the thing to emphasize here is that we’re not eager to have the United States come in and become an occupying power in Afghanistan… At the same time, we want to see to it that what is left behind gives the Afghan people the opportunity to develop a strong representative government, a government that can guarantee that in the future, no terrorists will once again find sanctuary or safe harbor in Afghanistan.”

LISTEN TO THE SHOW

On October 7, 2001 military strikes over Afghanistan were launched by U.S. and British forces – the long awaited other shoe to drop following the 9/11 terrorism attacks. [2]

NATO was also involved, responding to the Article Five call to retaliate collectively against an attack by the country in question (which was never proven.) Over time, the Taliban was routed from power and a new supposedly democratic government put in place. [3][4][5]

It was the starting pistol marking the war “which would not end in our lifetimes.”

Ten years later, Osama Bin Laden, the lead man behind the 9/11 attacks (though his involvement was never actually established) was allegedly found, killed and thrown into the sea – truly a testament to the dedication of legality and due process! Yet it would be another ten years before the forces dispatched to the West Asian country would finally be withdrawn.[6]

And what was upshot of two decades of occupation, nearly a trillion dollars in military power and the deaths and injuries of over 100,000 civilians? Afghanistan is once again in the hands of the Taliban![7]

The sad factor is that this tragedy started not with the September 11 attacks, but more than twenty years previously to that when it was a secular country already exciting much of the populace with reforms and constitutional change, including more equal rights for women! U.S. actions initiated the violent measures that essentially created the Taliban and all the other Mujahedin fighters determined to replace progressive developers with brutal killers.

On this sad anniversary week, the Global Research News Hour intends to reflect on the origins behind the chaos which seems to be as remote now as it was back in 2001 when the venture against terror was established. We’ll also look to the future of the country with the U.S. and company hi-tailing it away from there.

Our first guest, Professor John Ryan, looks at Afghanistan’s history by examining his own visit in November 1978 and the sequence of U.S. covert operations which led to the downfall of the Afghan of a progressive government and the rise of Islamic jihadists. He is followed by Professor Rodrigue Tremblay who reflects on the reasons why the U.S. essentially lost the war, and what this decision enacted under President Biden would mean in the foreseeable elections. Our final guest, Professor Michel Chossudovsky expresses the informed viewpoint that the U.S. withdrawal was in fact a victory with respect to some of the real reasons for attacking the country in the first place.

John Ryan is a retired Professor of Geography and Senior Scholar of Geography at the University of Winnipeg. He is also a long-time socialist. He was one of the few Western academics to visit and report on his experiences in Afghanistan in a unique period in the late 1970s.

Rodrigue Tremblay is an International economist, is the author of the book about morals “The code for Global Ethics, Ten Humanist Principles” of the book about geopolitics “The New American Empire“, and the recent book , in French, “La régression tranquille du Québec, 1980-2018“. He holds a Ph.D. in international finance from Stanford University. He is a Research Associate of the Centre for Research on Globalization.

Michel Chossudovsky is Founder and Director of the Centre for Research on Globalization in, Montreal, and Editor of Global Research. He is Professor of Economics (emeritus) at the University of Ottawa, and award wining author of 11 books including The Globalization of War, America’s Long War against Humanity (2015) .

LISTEN TO THE SHOW

The Global Research News Hour airs every Friday at 1pm CT on CKUW 95.9FM out of the University of Winnipeg. The programme is also podcast at globalresearch.ca .

Other stations airing the show:

CIXX 106.9 FM, broadcasting from Fanshawe College in London, Ontario. It airs Sundays at 6am.

WZBC 90.3 FM in Newton Massachusetts is Boston College Radio and broadcasts to the greater Boston area. The Global Research News Hour airs during Truth and Justice Radio which starts Sunday at 6am.

Apart from in-depth analyses: Doesn’t a quick, intuitive glance already show that the US has achieved essential goals in Afghanistan? 1) Reconstruction was never a goal. Punishment was. Achieved. 2) An impoverished, broken nation is still the best anchor point to plunder its natural resources. Achieved. 3) Leaving the Chinese an Islamist (near) neighbour (also near Silk Road). Achieved.