On June 23rd, Iran revealed details of another drone encroaching on its territory, this time on May 26th and it wasn’t downed.

The unmanned aerial vehicle was a MQ-9 Reaper. It is an armed combat drone, that can also carry out reconnaissance.

More evidence—including encroachment of a MQ9 spy drone on 5/26, speedboat purchases & phone calls planning to attribute ship attacks to Iran—indicate #B_Team was moments away from trapping @realDonaldTrump into a war. Prudence prevented it, but #EconomicTerrorism brings tension. pic.twitter.com/LmWJTDvt2O

Iranian Foreign Minister Javad Zarif said that the map showed the MQ-9 Reaper encroach on Iranian territory in late May. It was sent numerous warnings, but still didn’t comply.

This was to provide background on the US apparent repeated entry into Iranian airspace, despite warnings.

Javad Zarif earlier tweeted maps and claims that the US RQ-4 Global Hawk, that Iran downed on June 20th was above Iranian territorial waters.

The US wages #EconomicTerrorism on Iran, has conducted covert action against us & now encroaches on our territory.

We don’t seek war, but will zealously defend our skies, land & waters.

Separately, on the same day Iranian President Hassan Rouhani had a meeting with President of the Inter-Parliamentary Union (IPU) Gabriela Cuevas Barron.

Hassan Rouhani said the international community must react to the “intrusion” of the US drone.

“In recent years, Iranian oil platforms and cargo ships and even airliners have been attacked by American warships, and they have intruded Iran’s air space with their drone recently, which was shot down by Iranian defense forces after repeated warnings,” Rouhani said.

“This region is very delicate, and security of the Persian Gulf and Sea of Oman waterways is highly significant for many countries. Therefore, we expect all international institutions to show an appropriate reaction to this American aggressive measure,” the Iranian president said.

Senior Iranian military commander Major General Gholam Ali Rashid warned Washington to avoid mistaken moves in the region, saying that any irresponsible move would endanger the lives of the US soldiers.

“The Islamic Republic of Iran is in a strategic confrontation to protect its stability and existence as well as the status of its regional power against the US-Zionist regime-Saudis coalition,” General Rashid, Commander of Khatam ol-Anbia Headquarters, said addressing the Islamic Revolution Guards Corps (IRGC) Aerospace Force’s commanders in Tehran.

“The US government should act responsibly and avoid wrong behavior in the region to protect the US forces’ lives and avoid endangering them,” he added.

He further said that Iran doesn’t wish war and if the US also doesn’t wish it then determination and proper behavior was needed.

On June 24th, Spokesman of the Atomic Energy Organization of Iran (AEOI) Behrouz Kamalvandi said that Iran’s reciprocal action to reduce its JCPOA commitments will be taken on scheduled, saying the era of the gunboat diplomacy has come to an end.

Kamalvandi made a statement on Instagram after meeting with UK Undersecretary of Foreign and Commonwealth Office, Andrew Morrison.

In response to Morrison’s remarks who expressed UK’s support of the JCPOA and called for Iran’s self-restraint in preserving the deal, Kamalvandi said that the US maximum pressure is doomed to failure.

Finally, in possible answer to US claims that a cyber-attack was launched on Iran, Iran’s ICT Minister Mohammd-Javad Azari Jahromi said that in the Iranian year, which ended on March 20th, the country’s cyber defense shield had defused 33 million cyber-attacks.

According to him, despite all their intensive campaign, the enemies failed to carry out any successful attack against Iran, the minister said.

He said that Iran defused all the cyber-attacks on the country last year by Dejfa defense shield.

“Dejfa is a security defense project for national information network which provides the security services needed by both private and state-owned businesses. The project aims to protect the people’s privacy in the face of scam and information leaks.”

These developments come approximately 2 weeks after two tankers were attacked in the Gulf of Oman – the Norwegian Front Altair and the Japanese Kokuka Courages.

The US blamed Iran for the attack, providing some dubious evidence. In spite of all the “proof,” Japan on June 23rd, provided Iran with a $2.5 million emergency aid to help flood victims.

Which is rather showing regarding what Japan thinks of the US accusations, keeping into account that the sailors and captain of the Kokuka Courages said that there was no “Iranian limpet mine.”

Finally, on the side of the US, National Security Adviser John Bolton visited Israel on June 23rd and spoke to Israeli Prime Minister Benjamin Netanyahu.

Before entering the meeting, he said that US President Donald Trump’s decision not to retaliate to the Iranian “provocation” shouldn’t be deemed as weakness.

“Neither Iran nor any other hostile actor should mistake US prudence and discretion for weakness. No one has granted them a hunting license in the Middle East,” he said.

On June 22nd, Trump admitted that he had had stopped a strike on Iran from going forward, rather than ordering it and then walking back on the order.

I never called the strike against Iran “BACK,” as people are incorrectly reporting, I just stopped it from going forward at this time!

I remember the time, not so long ago, when Obama WH lawyers argued that US UAV missile strike inside sovereign border of a foreign country without it’s permission doesn’t constitute an act of war. And Obama is a Nobel peace price laureate so he would no, right – LOL. Anyway by the same logic downing US UAV inside or outside your borders is not an act of war – more like a case of braking rich, spoiled, aggressive, evil kid’s expensive toy…

The UAE whores are even more culpable for aggression against Iran and they have let their US and Zionist masters use the al-Dhafra and other military bases to launch missions against Iran. It is time to shut down Dubai shithole airport with a single drone.

Yes, the tourism destination of the Western rich would be crippled by attacks in airports in the Gulf States :)

As I have said before, the Americunt arrogant arseholes have been violating Iranian airspace for quite some time now, Iran let them feel comfortable and the RQ-4 was mostly flying over 80,000 feet and gathered fuckall intel on Iran. But finally the Iranians had enough and caught the Americunt morons by total surprise as the dumbass rednecks never knew that Iran has such sophisticated hardware to shoot down a aircraft in the stratosphere, equipped with the most modern electronic counter measures suite. The Soviets has sprung a similar surprise in the 1960’s when they shot plenty of U-2 out of the sky with the then ultra modern SA-2/5. Iranian missiles are just more deadly, jamming proof and more mobile.

Iran is putting it on Bolton and pompeo, thus giving trump a way out.

Thats a real class act there.

Minister Zarif is correct in his assesment that Bolton Pompeo and friends are trying to trap the president.

This is borderline treasonous. How the hell can trump hope to be reelected when his own team sabotages everything. That means the team is following a plan, keep the prez in the dark as much as possible. Its almost as if his advisers and the democrats sre colluding.

Thank god the Iranians have class!

However, Bolton the chickenhawk and the Jews are jumping. 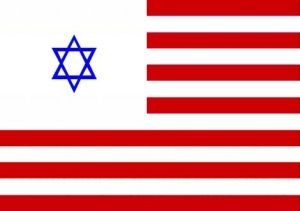 I am hoping that I am understanding this correctly. It looks like Trump is looking to back out of the straight of Hormuz? He just tweeted it.

“Neither Iran nor any other hostile actor should mistake US prudence and discretion for weakness. No one has granted them a hunting license in the Middle East,”

Why is it US statements only make sense when interpreted as psychological projection. They project on to others what they themselves are up to! Example;

Neither the US nor any other hostile actor should mistake anti-empire prudence and discretion for weakness. No one has granted the US a hunting license in the Middle East.

““Neither Iran nor any other hostile actor should mistake US prudence and discretion for weakness. No one has granted them a hunting license in the Middle East,”

I see that as more of Bolton’s verbal vomit. It is quite beyond me why he is even allowed to speak in public…and frankly, I cannot understand why he has not been fired.

If you or I behaved like Bolton, we would have been Sectioned to a mad house decades ago :)

” No Nuclear Weapons and No Further Sponsoring of Terror!”

If only the US would follow their own advice, the world would be better off.

Agreed! It is my naive hope that inch by inch, humanity will collectively step back from the abyss.

Trump should start looking at Southfront :)

US is in a conundrum, and not willing to act – they (the elites) want a war on Iran, but it will unravel everything so they can’t. An absolutely livid Senator Lindsay Graham revealed yesterday how this is going to be done – look it up. US won’t start this, the honour of starting a war agains Iran is going to go to Israel. Israel can never win, so US will be drawn in inevitably and without any possibility of stepping back. Graham said it very clearly. It is already decided. Trump will have no say in it, because Israel must be defended at all (American) costs.

So folks, that’s how it’s going to be. Let’s see if they can defeat Iran before the world economy collapses. My bet is they can’t. Many US boys and girls will die for Israel (and I bet no israelis are going to die in the front lines. Unless the satanist elites have decided to sacrifice a few jewish lives too). If they launch an attack on Iran it will be a New World Order, only it won’t be the New World Order the elites intended. When your country’s economy collapses just remember who started it and who is behind it all.

The elites must be dealt with. They are satanists and would gladly and “democratically” sacrifice tens of millions of you, and enjoy watching it on a tv screen. We might have been asleep or confused until now but if they get away with it this time, the cycle of massive wars on humanity will continue, and probably increase.

The time is soon coming when Earth May be facing catastrophic cosmic impacts. ET aliens have an anti-matter beam that they use when they are flying at a major fraction of the speed of light and cannot turn or maneuver away to avoid a collision. In these cases, they simply destroy the threatening object with a tiny burst of anti-matter. The ETs could use this to destroy threatening Earth impactors that we humans can’t knock out of the way of an Earth collision, but the price they want from us is ‘peace on Earth’. The warmongers who lead us do not want peace because the Rothschild related bankers profit handsomely from war. So we common people are literally between a rock and a ‘hard place’.