The US Army has a Twitch streaming channel which it uses to potentially recruit new servicemen.

It recently came under fire for banning all users from its chat who ask about American war crimes.

““Have a nice time getting banned, my dude,” Army recruiter and gamer Joshua “Strotnium” David told me right before he booted me from the US Army’s Twitch channel. I had just reminded viewers of the United States’ history of atrocities around the globe, and helpfully provided a link to the Wikipedia page for US war crimes,” reported the Nation’s Jordan Uhl.

just having a good time with the US Army esports twitch stream @JordanUhl pic.twitter.com/qnjyxg1KP0

In a statement, the U.S. Army esports team said that it felt viewers’ comments violated Twitch’s policies against harassment.

“The U.S. Army eSports Team follows the guidelines and policies set by Twitch, and they did ban a user from their account,” a representative of the U.S. Army esports team said in a statement. “Team members are very clear when talking with potential applicants that a game does not reflect a real Army experience. They discuss their career experiences in real terms with factual events. Team members ensure people understand what the Army offers through a realistic lens and not through the lens of a game meant for entertainment. This user’s question was an attempt to shift the conversation to imply that Soldiers commit war crimes based on an optional weapon in a game, and we felt that violated Twitch’s harassment policy. The U.S. Army offers youth more than 150 different careers, and ultimately the goal of the Army eSports Team is to accurately portray that range of opportunities to interested youth.”

The US Army, Navy, and Air Force all stream on Twitch using dedicated e-sports teams.

These teams are made up of highly-skilled players who compete in tournaments in various games for cash prizes.

The Twitter account for the US Army e-sports team links to a sparsely populated page with register to win! at the top, no details on what one could even win, and a sign-up form that, according to a tiny disclosure at the bottom of the page, welcomes an eventual harangue by an Army recruiter.

Even more so, US Army’s channel was running fake controller giveaways that redirected viewers to a recruitment page.

Twitch, which is owned by Amazon, said the situation reached a point when it needed to interfere and force the US Army to stop.

“Per our Terms of Service, promotions on Twitch must comply with all applicable laws,” a Twitch spokesperson told Kotaku in an email. “This promotion did not comply with our Terms, and we have required them to remove it.”

According to the Nation’s report, the giveaways, which were spammed in the Twitch chat, offered viewers a chance to win an Xbox Elite Series 2 controller. Clicking the associated link, however, would send viewers to a recruitment page “with no additional mention of a contest, odds, total number of winners, or when a drawing will occur.”

“The silence from Twitch on the latest wave of criticism regarding the military using the site to scam kids into sharing personal info speaks volumes,” said streamer Jayson “ManVsGame” Love on Twitter. “Imagine any other channel doing that. Feel free to manipulate your viewers as much as you like, I guess?”

“Hey Twitch, is using your platform to run scams always against the [terms of service] or does the US Army get a special exception when they’re after kids’ blood instead of money?” game developer Bruno Dias said on Twitter.

“I see you guys are upgrading from recruiting out of low-income schools, nice,” Twitch user xCanyon916 said in a Navy stream. As the recruiter was answering questions from chatters asking about life in the Navy and so on.

The recruiter warned xCanyon916 that if they said something again about the Navy’s recruiting practices, they’d be banned.

Hasan Piker, a popular Twitch streamer with a dedicated following of over 430,000 users, recoiled at the thought of recruiters’ building relationships with young, impressionable viewers.

“Twitch is unlike anything I’ve ever experienced in my career, and it’s because you’re live for hours on end, talking to these people in the chat. You develop a community and know your individual chatters. There is an ecosystem in every Twitch channel,” Piker said. “Recruiting in this predatory way is a violation of [the users’] safety.”

In addition to running their own channels, the US Army is also an official e-sports sponsor of Twitch’s esports brand and channel, Twitch Rivals.

“The Air Force is excited to partner with ESL. This partnership provides the perfect platform to generate public awareness about the Air Force and the many opportunities we have to serve. The Air Force has a lot in common with gamers, especially the intellectual challenge that both provide. The Air Force and ESL also greatly value integrity—a core value for each of us. This partnership showcases the similarities such as teamwork, technology and respect. It can show how young Americans can turn their hobbies and interests in gaming into an Air Force career.”

So, yes, the US military is attempting to get in the times with making unsolicited recruitment on streaming platforms and banning any opinion that doesn’t fit theirs.

The stark FACT is that a military is a reflection of its people, in the case of the imploding Americunt deadbroke Jew cunts controlled shithole, only total losers join the military as it serves as a soup kitchen and faggots, child killers, degenerates and rapists social club. However as recent BLM anger and social implosion has shown, even the meal ticket is not working as the Hispanics and Blacks along with wide majority of rednecks are sabotaging the loser military from within. The destruction of the rustbucket Bonhomme Dick is a case in point and prevalent “culture” of rape withing the ranks of the sickos. 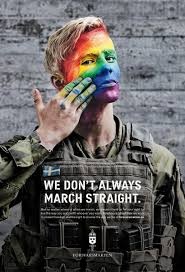 As a nation they have gone much further than bankruptcy if they do not find people willing to defend themselves and their nation in their own people, they are a rotting corpse, and someone should do them the courtesy to tell them, although they are unlikely to listen, due to their exceptional nature.

Lol sure you go get all the fuking 12-15 years old. Show them ass of a woman and they would join LMFAO.

It would seem that anyone with an attentioin span better than a fish is welcome in the US army. Maybe an honour guard at US nurseries might help? They are just about everywhere else.

That would deny the chances of their best recruits afterall 3 seconds is a long time and setting that as a minimum limit is a bit much.