Last year showed a significant increase in arms sales in the European nation amid the escalation of violent conflicts in the Middle East. 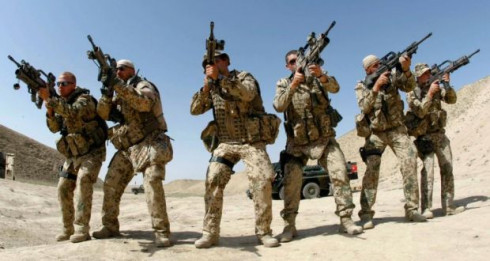 Germany has boosted its weaponry sales despite an earlier pledge to restrain the amount of arms’ exports as tensions in the Middle East grow bigger.

According to detailed arms’ exports figures provided by the government, Germany has sold weaponry for about eight billion euros ($ 8.9 billion) in 2015, double the amount reached in 2014.

Sigmar Gabriel, German Vice Chancellor and Minister of Economy claimed that such growth in the sales of arms was originated by a series of special factors, while presenting the data in regards to the commercial activity, however, the cited information is in direct contradiction with Gabriel’s proposal to restrain Germany’s exports of arms policy when he assumed his position in late 2013.

The Ministry of Economy of Germany is in charge of approving the sales of arms while taking into consideration human rights records of the recipients.

Nevertheless, it must be said that must of the weapons exported by Germany have been sent to recipients (countries) with disturbingly poor human rights records like Saudi Arabia, from where they have made their way to conflict zones.

Gabriel has stated that some of those special factors that have led to the surge of arms exports in his country are: the delivery of Leopard 2 tanks to Qatar under a contract approved in 2013, tanker planes to the UK and guided missiles to South Korea.

Earlier this year, in January, Gabriel said that Germany would check some pending arms deals with the Saudis due to serious concerns about the respect of human rights in the Arab nation, nonetheless, already approved arms export deals won’t be cancelled at all.

It has been informed by German officials that the department in charge of approving all the deals with Riyadh has blocked the export of weaponry to Saudi Arabia after the concerns that they might be used for oppressive measures, like the highly condemnable operations that the Saudi army is carrying out in Yemen where the conflict has already left over 8 000 people dead.

Criticism over Germany’s export of arms has also grown due to its latest delivering of a fifth Dolphin-class vessel, capable of being equipped with missiles armed with nuclear warheads to Israel who has already been engaged in violent and deadly conflicts.