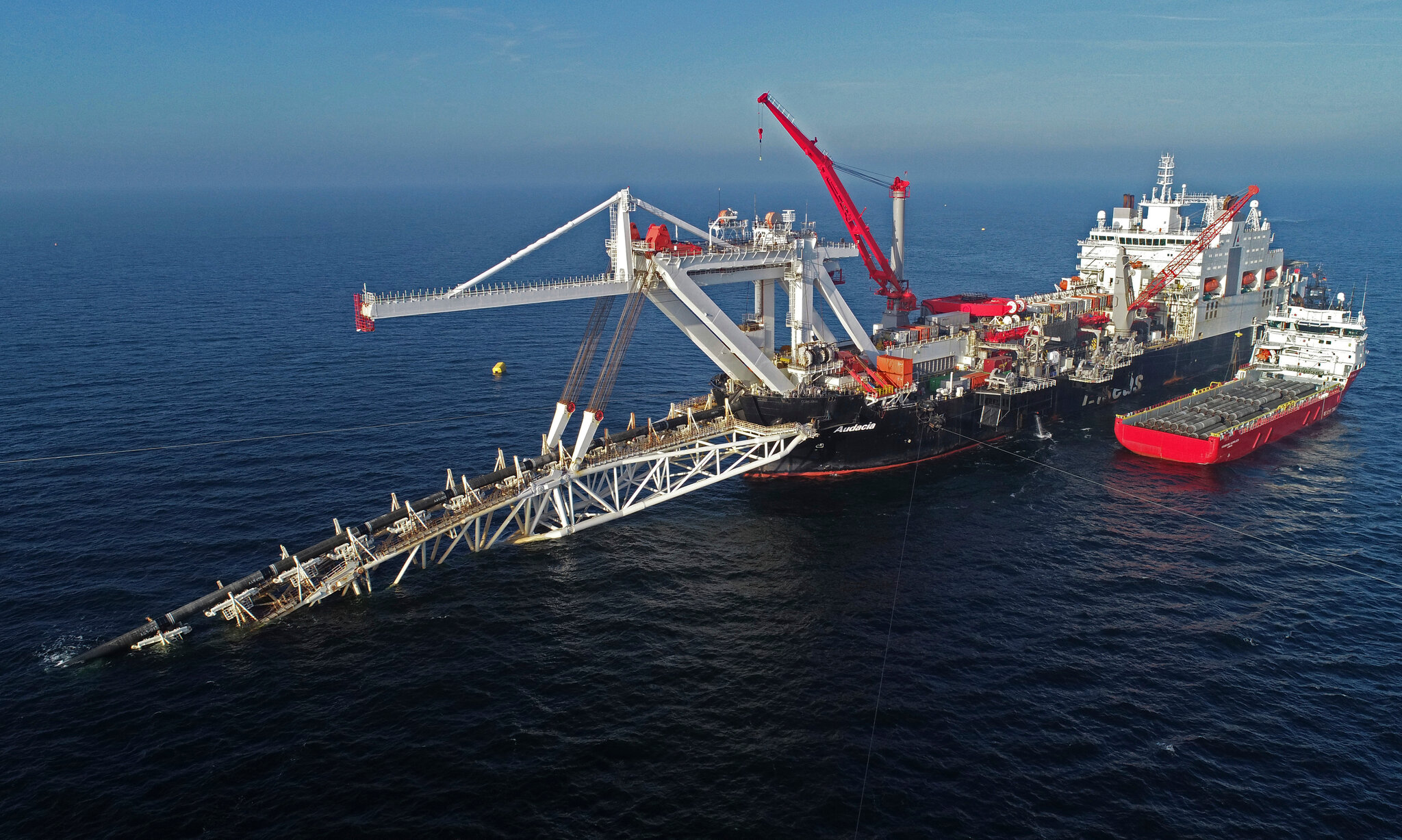 Written by J.Hawk exclusively for SouthFront.

In a Blinken of an Eye

The Biden Administration entered the White House accompanied by hopes that it would return to some kind of normal in its relations with the European Union. While Biden, unlike Obama, would not score a Nobel Peace Prize solely for his existence, his victory was warmly welcomed in capitals around Europe as a sign that liberalism would vanquish populism ushering in a new era of “business as usual” in the form it was practiced during the Obama Administration.

Once in office, however, the Biden Administration has been working overtime in order to dispel any notion of a relationship of mutual respect between two more or less equal allies, US and EU. Instead, Biden officials have acted as if US and EU are a contemporary version of the Austro-Hungarian Empire, two countries with ostensibly separate political systems linked by a personal union in the form of the Emperor (Biden), held together by a common army (NATO) whose main task is preventing any separatism by “Hungary” (the EU) and whose foreign policy is made wholly in “Austria” (United States). Events like Brexit merely represent a part of the empire moving from “Hungary” to “Austria” for a variety of cultural and racial reasons. In practice it meant that, in addition to Biden replying affirmatively to a court journalist’s question whether Vladimir was a “killer” and Blinken provoking a major row with a Chinese delegation by informing them the US intended to deal with China from a “position of strength”, Blinken also issued a blunt warning to European companies working on Nord Stream 2 could be subject to US sanctions if they did not immediately withdraw from the project.

To make matters worse, at the EU summit Blinken pointed out that his threats aimed at Nord Stream 2 are a reflection of US Congress laws demanding any and all firms participating in its construction to be sanctioned, though omitting that the Executive Branch has considerable freedom of action in implementing legislation impinging on the presidential foreign policy prerogatives.

It does not appear as if Blinken’s “shock and awe” show on three continents has had the desired results. Germany’s Foreign Ministry pointedly refused to endorse Biden’s characterization of Vladimir Putin as a “killer”, in contrast to several other European countries traditionally adhering to an anti-Russia stance. Moreover, there is no evidence that German companies are about to drop their work on Nord Stream 2. Doing so would be a fatal blow to Germany’s position as the leading EU member state and would introduce a greater degree of chaos into EU power struggles. Factors putting a certain degree of steel into Germany’s spine is the apparent realization that, emboldened by the effectiveness of a mere threat of sanctions against Germany, the US State Department will grow accustomed to using that instrument on a routine basis with Germany and other members of the EU. United States’ apparent desire to denigrate Germany’s international status seems to have led to a few other snubs, such as the failure to invite it to a high-level meeting on Afghanistan that Russia, China, and even Turkey will attend.

If the United States has an ace in a hole that might yet reverse the decline of its fortunes, it is the gradual ascendancy of Germany’s Green Party. German and indeed international public opinion have come a long way from the heady days of Spring 2020, when Angela Merkel was roundly hailed as the “scientist” whose combination of empirical astuteness and political savvy would bring COVID-19 to heel, in stark contrast to the ignorant fools that Boris Johnson and Donald Trump were supposed to be. Back in May or June 2020, it certainly did not appear as if anything could threaten Merkel’s political fortunes. Yet it is Merkel who is now facing calls for a Bundestag vote of confidence. The botched pandemic response, the puzzling back-and-forth of lockdowns, relaxations, then new lockdowns, and a number of corruption scandals associated with pandemic response contracts that implicated a number of CDU/CSU deputies, have undermined the public’s confidence in the ruling party and its leadership. It certainly did not help matters that the EU official most closely associated with the botched vaccine procurement at the Union level is the President of the European Commission Ursula van der Leyen who previously occupied several ministerial posts, including that of Defense, in the various Merkel governments.

It is therefore unsurprising that Germany is potentially facing a major electoral upheaval that threatens to significantly rearrange the country’s political landscape. As of March 27, 2021, a Kantar opinion poll attempting to ascertain the level of support each of Germany’s parties might enjoy during this year’s Bundestag elections showed CDU/CSU still in the lead with potentially 25% of the vote, with the Greens in close second at 23%. The other political parties posted notably weaker figures. The once-dominant SPD scored only 17%, Alternative for Germany (AfD) and FDP 10% apiece, Die Linke 9%, with 6% distributed among the remaining parties. Other German opinion polls delivered roughly similar results, varying only by a couple percentage points.

Its rise is driven by several factors, including the exhaustion with the ruling CDU/CSU coalition, the SPD suffering from the abandonment of its leftist principles in favor of Blair/Clinton-like “third way” neoliberal policies, Die Linke still lingering under a cloud of suspicion due to its German Democratic Republic ancestry, and of course the Alternative for Germany attracting unwanted attention from Germany’s own “Deep State” which, like its US and British counterparts, is playing an increasingly active role in the country’s politics.

That the Greens’ coming to power is bound to result in Germany becoming more militaristic and interventionist on the world stage is also suggested by the curious case of Tareq Alaows, a Syrian man born in Damascus who came to Germany in 2015 and, only six years later, was declared a Bundestag candidate from the Green Party already as a German citizen. Given that the rest of the 1.5 million refugees who arrived in Germany at roughly the same time are still not German citizens and are likely never to become them, Alaows’ rapid elevation suggest that the Greens have friends within Germany’s “deep state”, and are interested in following US and British lead in “weaponizing” social issues such as gender rights, environmentalism, and other issues in order to justify aggression against countries deemed insufficiently dedicated to what the West claims to be “universal values”. They would not be Europe’s first “Green” party to go neo-conservative. Sweden’s Greens have likewise inducted many Islamists into their ranks in order to press for greater foreign interventionism. Moreover, since Germany’s Green Party is a relatively recent invention and is therefore not associated with Germany’s earlier military aggressions (and here one should note that even the SPD was staunchly supportive of Germany’s aggression in World War I, and likely would have been in World War II had it not been banned by the Nazis),  they are the most logical front for Germany’s neo-cons. One can readily imagine empowered Greens declaring Germany has a sacred mission to rid the world of coal, oil, and natural gas as sources of energy which naturally means a confrontation with China and Russia in order to install governments in those countries that naturally share the Greens’ priorities and incidentally also enact policies highly favorable to German business interests. While the Green Party began its existence as a radical party of the Left, by the end of the Cold War it began to reinvent itself along neo-conservative lines. Its support for NATO’s wars against Yugoslavia and other military adventures, its peculiar interest in Aleksey Navalny who is not exactly known as an environmentalist, combined with strident opposition to Nord Stream 2, collectively make it very attractive to the Bidens and Blinkens of the world interested in making Germany a US client state. What remains to be seen is whether German and US “deep states” are capable of smoothing the Greens’ path into power, and whether the German people will accept the Green regime that is being prepared for them.

The big trap is ready, the traitors are at work. Wwithout gas, Germany seriously risks returning to pre-industrial levels, someone is preparing the destruction of the Western Goy world, guess who he is.

The Western world is being utterly deconstructed and destroyed with breathless zeal.

Also without the Huawei 5G, Germany will be conquered by the Roman empire.

This is all wonderful news I only hope it’s right. Let the racist supremacist global Jewish satanic slave empire dictatorship shows its face to the slaves bring down the entire EU economy, a super depression and the rest of the empire with it including the USSA. Unfortunately, as the slaves are so stupid and brainwashed only maximum suffering at the hands of their zio oppressors can wake them up and the zio oppressors can’t help but to try to exterminate them because for them it’s like us not breathing. Having the Zio empire show its face and inflict suffering on the goyim is the only way to wake the goyim to overthrow the satanic zio empire and save all life on the planet.

“Greens’ coming to power is bound to result in Germany becoming more militaristic and interventionist on the world stage” Joschka Fischer “green” German minister of defense, was on forefront of removing German neutrality. And active participation in NATO bombing of Yugoslavia. German greens, that woke bunch of trigger happy people are encrusted in global “deep state” militarism based on Western neocolonialism. Nothing is too expensive not even nuclear WW3, to have access to “green” environment, saving endangered species and gender freedoms.

Yes i remember that bastard Fischer,he was like a Nazi warmonger over the attack on the FRY,he must have been bought.

A diet of Potemkin greens….

Joschka Fischer, green = ‘friend’ of the Israeli pipeline to Europe.

it´s like watching oppoisng groups of pirates fighting for control of a burning ship, which is far,far out at sea; fools playing with handgrenades.

Tell me immediately what did you take and how can I find it.

That´s all you got?

The end solution is near. I support everything green because cow farts, diesel cars and fossil dinosaur oil in a Patriarch suppressive society will destroy our planet. Only if women get the majority of all power in parliaments, and if we get a new green deal we can save our planet. This is my opinion and my democratic voice….a voice to be heard and not silenced!! https://uploads.disquscdn.com/images/9d7764a411b8b6b4bf2e3a34521bc9f2def28291c9e1328dd82e39e7561af69a.jpg