It is a cabinet decision of considerable importance. The ministerial meeting in Berlin approved the anti-terror deployment of the Bundeswehr (German armed forces) against the extremists’ militia “Islamic State” (IS) in Syria and Iraq. 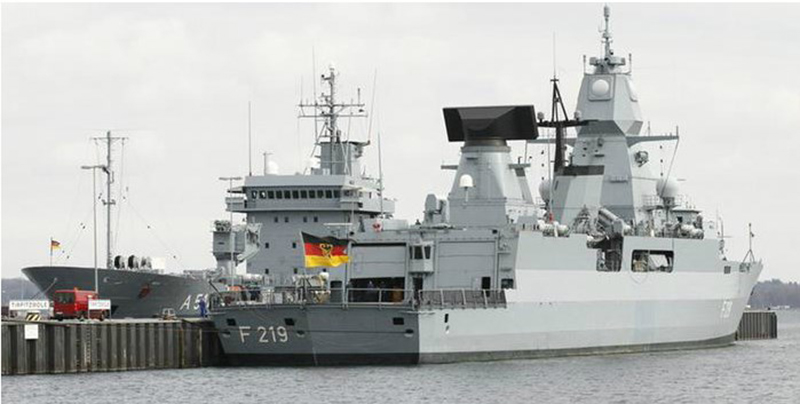 The Bundeswehr is expected to participate in Syria and in the surrounding seas with naval and air surveillance, reconnaissance and escort mission of naval vessels in the fight against the terrorist militia “Islamic State” (IS). This is the mandate of the Defence and Ministry of Foreign Affairs, it has been approved this morning by the Federal Cabinet. Federal Foreign Minister Frank-Walter Steinmeier (SPD) campaigned for mobilizing “all forces” to fight against the IS – including the Syrian government forces.

It is one of the most delicate foreign missions in the history of the Bundeswehr. Up to 1200 soldiers are intended to participate. The 16 pages that the cabinet approved will now be submitted to the German parliament. They must approve the mandate. After the initial consultation on Wednesday, MEPs will vote on Friday on the mandate request of the Government, the SPD (social democratic party) and Union (CDU/CSU party) informed.

These are the cornerstones of the deployment:

TASKS: Reconnaissance (intended with “Tornado” aircraft and satellite), air refueling of fighter jets of other countries (with a tanker plane), protection of a French aircraft carrier (a frigate) and deployment of additional staff for the headquarters.

SOLDIERS: The upper limit is 1200. To what extent it will be used, is still unclear.

OPERATIONAL AREA: This is the operating area of ​​the IS in Syria and Iraq, the eastern Mediterranean Sea, the Red Sea, the Persian Gulf and “adjoining sea areas”.

DURATION: In the first instance for one year until 31 December 2016. If the federal government wants to extend the mission, the parliament must agree again.

COST: For the first year the government calculates 134 million Euros. This is considerably less than in the most dangerous phase of the Afghanistan mission with more than one billion Euros.

LEGAL BASIS: The written text in the UN Charter collective self-defense law, resolutions of the UN Security Council where it is called for a crackdown on the IS, and – last but not least – the French request for assistance on the basis of the Treaty of the European Union.

Finally, the paper of the ministries also referred to the assistance that the EU member states had pledged to their partner France (under article 42, paragraph 7 of the EU Treaty). The article states the obligation of the EU countries to help and support each other at an armed attack. A classic UN mandate for the deployment, which some have called for in Berlin, does not exist.

Bundeswehr alliance: Combating IS could take more than a decade

The chairman of the German Armed Forces Association, André Wüstner, expects a long struggle against the terrorist organization “Islamic State” (IS). “I assume that this fight if seriously engaged, will last more than ten years,” said Wüstner in the ARD “Morning Magazine”. The IS is not only in Iraq and Syria present, but also throughout North Africa to Mali. Just air strikes alone wouldn’t despair the IS.  “If I want to tackle IS and also destroy them, then I have to approach this problem in a large-scale operation. And that’s not only militarily to be solved. ”

“You can’t just bomb the IS away”

The opposition Green party objected to a “fast track” mandate. The National Chairman Simone Peter complained, one of the “largest and certainly the most dangerous missions in the history of the Bundeswehr” and that there was a lack of a clear mission. The Left Party rejects military action categorically. “The IS cannot be bombed away” said party leader Bernd Riexinger.

Apart from this principle criticism of the opposition, there is a violent struggle in the background about the inclusion of the Syrian ruler Bashar al-Assad. Assad’s government could now show if it was really ready to fight the IS “terrorists” or if they “continue to employed barrel bombs or chemical weapons against its own people,” said Foreign Minister Steinmeier. Defence Minister Ursula von der Leyen (CDU) made it clear in a speech: “There will be no future with Assad”. And cooperation with troops “under Assad’s command will also not happen”. The ruler of Damascus will have to answer one day for having used “barrel bombs and poison gas” against his own people, she explained.

ISIS does NOT have a navy or an airforce.

So obviously the perceived threat of Berlin is Moscow; its Mediterranean fleet and airforce.

Dumbass Putin is going to involontarilly get all humanity killed now that He has invited NATO into Syria; a violation of Syrian sovereignty.

Putin posing with the Orthodox Church as if he was a Christian, but if Putin had even only heared about the content the Book of Revelation he would know NATO will now finally get their WWIII.

Putin should have balanced his ego by employing better intel gatherers and analyticians.

you mean Putin started all this??????

dang and here I thought the cee-eye-aye funded ISIS and created all the terrorist groups since 1979 and now you tell me it is all Putin’s fault….

please please don’t tell me there is no Santa….

You need to open a can of reading comprehension.

nope…..”Humanity is now fucked. Thank you Putin” that read to me as if you blame all of this on Putin….and you leave NATO blameless……If you have another point of view then explain because it is the only conclusion I can see.

as far as the book of revelation reading it does him nor anyone else any good….because most Pharisee systems preach the same as 2k years ago…..still missing the spiritually discerned message…..

Revelations has done me good so your statement is false.

Stone that a builder refuse will always be the head corner stone, open that can please.

I understand and yes the head corner stone is mine as well but you still refused to answer my question about how you place all blame on Putin which is the way I read your context…..

So have a nice day..I will not follow distractions…..

If only for one thing, to quote myself, Putin “has invited NATO into Syria; a violation of Syrian sovereignty”.

I cannot put the whole puzzle for you, piece by piece, that is to your work for you.

We’re here for sharing pieces, not to have our puzzled layed by others, please.

NATO invited itself first before Putin….ussa invaded a sovereign nation w/o provocation as best as I understand Putin has attempted to show the high road by co-operating with NATO against a “common enemy” in doing so has revealed the ussa for the fraud it has been…..

You mean they are still using the sarin gas and barrel bombs meme on Assad……who still believes that????

Only people brainwashed by the NWO controlled mass media.