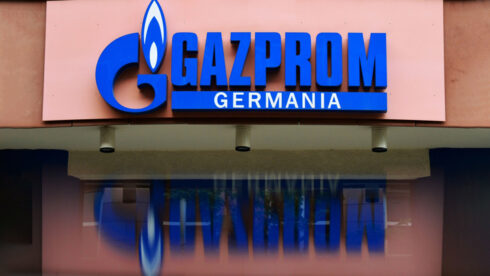 The money will be used to stabilize the company’s operations. The German Finance Ministry declined to comment, but it is known that the state energy regulator has said that employees are working to maintain business operations.

Gazprom Germania is the company that operates the underground gas storage facilities in Germany and owns several storage facilities. It is the largest gas company in the country. The company also owns assets and issues shares, and supplies gas to industrial German companies. It is also well-positioned at the heart of European energy markets. It has a business that provides one fifth of the UK’s commercial gas in 2020, a trading desk in London and a liquefied natural gas business.

In essence, it is a branch of Gazprom in Europe. But in early April, following the imposition of sanctions, Gazprom announced that it no longer controls its German subsidiary and the assets of this company, i.e. it is effectively ceasing to participate in the life of Gazprom Germania. In turn, the German authorities have transferred Gazprom Germania to the custody of the Federal Network Agency until September 30. Until the same date, a license from the U.S. Ministry of Finance, which allows for transactions with the company, is in effect. That’s why German authorities are trying so hard to resuscitate the company.

The final sum for the aid to Gazprom Germania will most likely still amount to 10 million euros, as funds are needed to pay salaries to employees, save and maintain work processes, and transport gas. The final sum is still being negotiated, however. The funds will help stabilize the company’s financial situation and ensure supply security after Gazprom subsidiaries in Germany stopped receiving gas from Russia. As a result, Gazprom Germania was forced to buy energy at higher prices. At the moment German authorities are deciding how to deal with the subsidiaries of the Russian business. One of the options is trust management and taking the companies under the control of energy companies. Chancellor Olaf Scholz’s administration has thought through the process and has created instruments for financing if gas supplies to the country are threatened. We are talking about loans and buying stakes in the company to bail it out. It is not yet clear how long Germany will run the company and so far its fate is unknown.

Gazprom Suspended Gas Supplies to Europe Due To Repair Work

german is a lost little kid one day want gaz the other obey to nazis !! F k the euro gays monkey digital abortions !!!

They should rename it to GazScholz Germania 😃

Work AT Home
Reply to  Max

Great that not “GasJews” GMBH.)

Ukraine ( nazi joe demential corrupted land ) should enter EU and everybody should LEAVE !!!!!

Turkey will join the EU in 3000 year, Ukraine will join after Turkey. (David Cameron) Not the quote, but very close to the sense.

Germany has just admitted that the US controls the company and Russia will only be pumping –40 % of NS gas in the future –doesn’t look good for an American Satrap.

I would so very much like to kick the US out of my country, but Obomba said that we’ll be occupied until at least 2099. I’m afraid that there’s only the name of Germany left at that time, if anything, but everything else will have been destroyed by then. But given this situation, I am really interested in workable suggestions that would not result in us being immediately “liberated” again, or just obliterated, as was proposed several times by members of the tribe, with varying ferocity (eg. “drop 20-30 nukes”, in 2016).

The German coalition is paper thin and it seems the “Green Party ” are bought and paid for by America if that could change then maybe the views of those in East Germany would influence decision making.

The conservative party and green party have been both created by the CIA or it predecessor. The social democrats are the only ones who existed prior to the ocupation after ww2. But they have been bought yes.

Don’t worry, In 10-20 years the Muslime mayority in Germany will establish their califate here and kick out the US troops…

I have not seen massive demonstrations telling the UK US forces to leave Germany?

Prevent them from being able to conduct business and then offer them a loan to stay afloat in exchange for a direct stake in the new business … they were gangsters in the 30s and 40s also.

Germanany’s Support of Nazi’s in Ukraine show that they are still filthy Nazi’s themselves just WOKE NAZI’s. Nukes should have been used on Germany too.

They all take turns grabbing their ankles for Uncle Sam with the Strap On. Then they do the same to their own subordinates.

US has to produce a license so that Gazprom Germania can operate; the Germand definitely have lost all sovereignty and dignity. Self inflicted. No point for the Germans to even cast a vote because the US controls Germany.

Unless the Europeans reclaim their Sovereignty they will remain as Slaves to London and DC forever. Nobody respects people that grovel and can’t even run their own governments.

Interesting, so they steal a company that now has no product and to keep it afloat they need to pump in 10 billion euros.

And these thieves will now buy same said product, probably through multiple middle men. Thereby paying through the nose for what is most likely the exact same product produced by the former owner the company.

It looks like that not only Ukraine is nazi-fascist but most of European countries !!

To keep this straight. This company is a subsidiary of Russia Gazprom. Its business, its presence and its storage facilities has an outsized effect on Europe natural gas markets. Germany forced this company to go out of business but Germany is now supplying the cash to keep it in business. The natural gas storage facility is still being filled by Russian natural gas. But by Germany’s own hand the Russian natural gas will have to stop in the future. So Germany will pay a megaton of cash to get liquified natural gas shipped by tankers to coastal processing facilities then to pipelines from their to these storage facilities to keep filled the storage tanks. During this time the price of natural gas has gone up significantly, in part due to Germany’s own actions, while German new actions will be to buy the far less efficient, significantly less available, more costly liquified natural gas. All of this because Russia invaded a Ukraine that Germany had a bird’s eye view to watch Ukraine get raked over the coals by the US.

Germany has no say in anything, as it is just a puppet state of the US government. US policy is driven by the Soros/Schwabb/Gates installed deep state psychopaths and their blind hatred for Russia.

The reason they despise Russia is, that from Russia comes humanity, which is the direct opposite of the Orwellian evil that the deep stater psychopaths are trying to impose on the whole world.

They will sacrifice anything to destroy Russia, but to their horror, Russia is standing strong. This is why the psychopaths are now thrashing around like a dying horse and getting increasingly more desperate, as they thought they could get their hands on Russian resources, if they could somehow make it collapse. That is now looking less and less likely.

Kind of reminds me of the guy that goes on a big shopping spree, because he bought a lottery ticket. Except his numbers didn’t come out and now he’s close to being broke..

thoughtful
Reply to  Z FOR VICTORY

Is this all a deliberate war against the civilians of Europe inc UK? Make us miserable cold and hard up so we end up dying and they can save money on pensions?