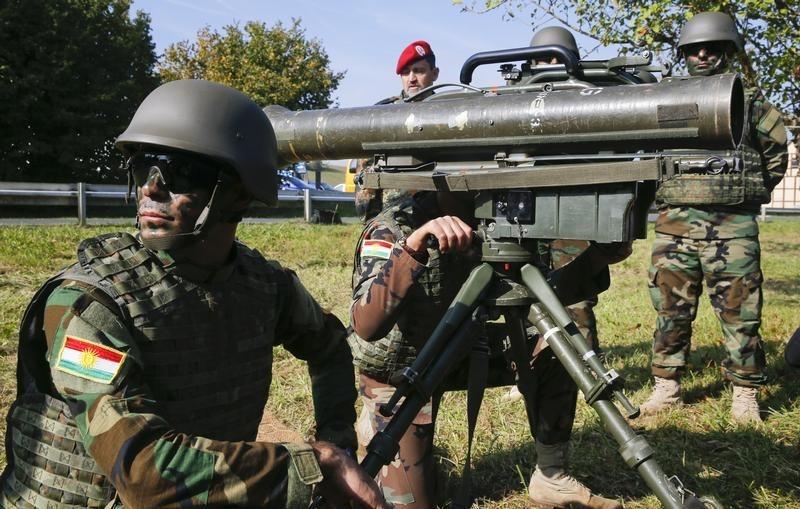 Germany will supply more arms to Kurds in Northern Iraq, the German news portal N-TV reported, citing the letter of the Committee on Foreign Affairs and the Defence Committee of the Bundestag.

Kurds are planning to receive 200 anti-tank guided missile systems Milan, 5 heavily armored military infantry mobility vehicles Dingo, 4,000 G36-rifles and 6,000,000 rounds of ammunition before the end of this year. According to the news portal, they will use new weapon for fighting against the terrorist organization ISIS.

German government announced the delivery in December last year. However, the information about the appearance of weapons from the stocks of the Bundeswehr on the Iraqi black market made the government to postpone the implementation of this decision.

The Kurdistan Regional Government conducted an investigation and found out that 88 out of the 28,000 firearms, supplied by Germany during the last 1.5 years, had been missing. More than half the weapons, in particular assault rifles and vehicles were lost in battles between the national Peshmerga army forces and Islamic State militants.

Nevertheless, German government decided to continue to supply weapons in Iraq, where Germany has already supplied 1,800 tons of weapons and military hardware. The Peshmerga army forces are particularly interested in getting anti-tank guided missile systems Milan due to its efficiency in fights against truck-mounted bombs – cars loaded with explosives.

That what US used to say about Al Nusra.

Barzani has been allowing ISIS convoys to travel through Kurdish territory (for a price) since the very beginning of the conflict. – About 50% of these weapons will be “lost” just like all the other shipments. – Wake up and smell the conspiracy, Ahmed. Your leaders are corrupt.

Do you even know what the KRG is?

i live in the KRG

Sorry Ahmed – I didn’t mean to insult you there.

Thanks Ahmed – we world will live in harmony if people can genuinely admit to mistakes and people like your good self gracefully accept them!

Fighting against IS with anti tank missles? Last time I checked they didn’t have tanks anymore. I guess Germany needs more refugees.

so they claim. Never heard of “Anti-Truck mounted bomb car-Missles” they speak of. They also need couple of Leopard2, I heard they are very effective against mosquitoes.

If anyone doesn’t know – Masoud Barzani will work with anyone to protect the Kurdish people.. and his power. This has and does include the Saddam Hussein, the CIA, Recep Tayyip Erdogan, Israel and the ISI.