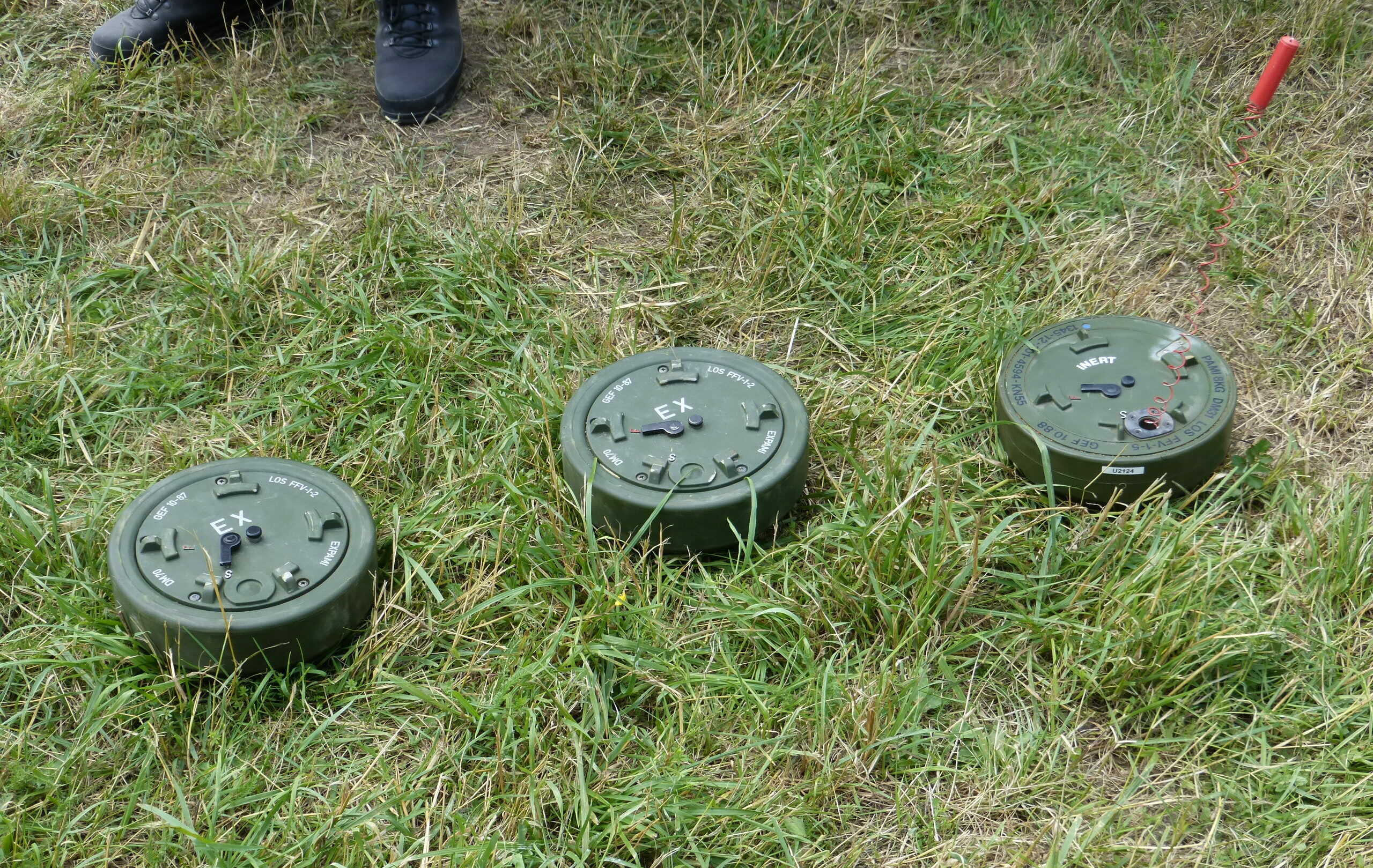 Germany has reportedly supplied Kiev forces with thousands of anti-tank mines on the hopes of slowing down the advance of the Russian military in Ukraine.

The German-made DM-12 off-route anti-tank mine, which is mounted on a small tripod, fires a fin stabilized rocket with an effective range of 2 to 40 meters and the ability to penetrate 600 millimeters of armour. The mine incorporates an arming delay of five minutes. It can be detonated either by command or by a fiber-optic trigger cable, which triggers the mine when it is crushed.

DM-12 anti-tank mines have been already spotted in Ukraine. In fact, the Russian military and its allies captured several of them. On May 21, several photos of a recently captured DM-12 mine surfaced online. 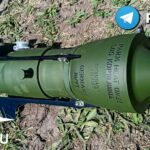 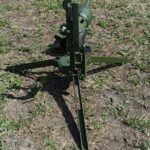 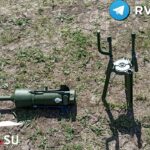 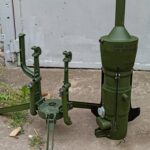 The second anti-tank mine, the DM-31, is a German-made copy of the Swedish FFV 028. The DM-31 is a more traditional anti-tank mine.

The mine uses a magnetic influence sensor to detonate, which allows it to attack the full width of the targeted vehicle. When the mine is triggered, a small clearing charge blows away any material that may have been on top of the mine, followed a fraction of a second later by detonation of the main shaped charge.

Supposedly, the mine’s shaped charge can penetrate the belly armour of any tank currently in existence. The DM-31 is yet to be spotted in Ukraine.

Germany moved from the being the main opponent of arming the Kiev regime, to one of its biggest military supporters. Berlin has supplied Kiev forces with loads of weapons, including thousands of anti-tank rockets and anti-aircraft missiles, since the start of the Russian special military operation in Ukraine.

Like the rest of Kiev’s Western backers, Germany hopes that its military support will eventually lead to the failure of the Russian special military operation.

We should place landmines under every Jewish politician.

If as hinted last week, Israel supplies anti-shipping missiles, via Estonia, to Ukraine, give all these Kraut mines to Hezbollah. There are only two ground passes into south Lebanon, due to rocky geography. Mine the fuck out of them.

AM Hants
Reply to  James Brown

You could not make it up, Israel happily supplying the Nazis in Ukraine, weapons, to take out the Russian speaking citizens of Ukraine. Guess Israel has forgotten their narrative of WWII.

SouthFront is too stupid to post intelligent commentary. They would rather host ignorant flamewars by Nazis like JHK

This son of a bitch “JHK” is a U.S.-proxy Islamist anti-communist (probably Turkish), rather than a Nazi. These scumbags are worse than Nazis.

The Germans deserve to have their economy destroyed. It is the only way they will learn. Erst kommt die fresse, as the Germans are prone to say. Time to remind them.

Not a fan of landmines as 80 percent of the casualties from them exploding are civilians, many of which are children.

I feel so cross at how LOW our world is. The world and humans have become SO decrepit and brimming over with deceptions that nobody would think that we were made in the image and likeness of God.

It was around 1400. At that time, in 1300, Gypsies arrived in Europe with Ottomans. Gypsies are a people from India who have long settled in Persia and have adopted elements of Persian religion. They have their own culture and religion. The Gypsies combine this culture with Christian or Muslim elements without any problems.

Gypsies see themselves as people. Non-gypsies are just like animals, brutes. Gypsies can cruelly torture many people without any thought problems. Gypsies became particularly useful in Europe. Every town has its gypsy troupe who cruelly tortured the convicts for hours until they died.

Vlad Tepes was probably a gypsy. He was sent by the Emperor of the Roman Empire to the German nation in southern Romania, with a personal force of several thousand gypsies. He declared himself to be the grandson of Prince Mircea the Elder, and he darted everyone who disagreed.

He managed this impossible with his miracle weapon: the gypsy troupe. But gypsies only listen to another gypsy. They will never follow a European. That’s why Dracula- Vlad Tepes was a gypsy.

Vlad Tepes and his father, who called “Dracu” means devil in Romanian, were in a club with another gypsy family. The Habsburg family was conspicuous in Switzerland, they committed many atrocities there from the year 1350 (Gypsies arrived in Europe as pilgrims in the year 1300, initially with the Ottomans to Constantinople.)

Doe vampires, the cruel people are also quickly in the year 1400 in the same club with the Kaiser of the German Empire. It was the Dragon Club, a union of two gypsy families: the von Tepes and von Habsburg families and the German Emperor Sigismund of Luxemburg

This is probably how western Europe was united under one emperor. The gypsies were sent to all cities and cruelly publicly tortured opposition figures. Simple and efficient. The Habsburg family has not had an opponent for 500 years, from the year 1400 to 1920, thanks to their beloved gypsy.

Catholic Hitler was certainly a Gypsy and killed 50,000,000 Orthodox Christians in Europe, mostly by burning them alive. Ronald Regen was friends with the gypsy Charly Chaplin.

Stop the Gas now leth them die slowly ! the Germans must die now !

Anyone that tried payed a heavy price….our ww1 and ww2 enemies know;-)

With russia we even have the best kill ratio… great Kia advantage during ww1, than sending them Lenin and his evil idiots bolshevics Killing even more ivans and Stalin being the mass murder cherry on top.

You fool no one here sodomite,soros punk! Try the gaybar dud,enjoy your small pox head!

Your Point is what?

Do u denial that germans killed millions of russians in two world wars and caused even more death of ivans by sending Lenin and his bolcheviks?

It would be a crying shame if those German mines blew up in their own faces. Like terrorist attacks on their own energy infrastructure.

Kremlin should make an official statement about the new Moscow policy of any weapon shipments over Ukraine from NATO could be used against any NATO member countries… Just like Russian gas supply needing to be paid in Russian currency. .. Russia should impose its rulings according to its desire over these gang of outlaws.

Special commando units should be sent to Berlin to return these German mines to every streets or to any NATO member countries.

I’m wondering how much of this is in complete violation of Germany’s 1945 terms of surrender.

BIDEN SOROS PUSHING SMALLPOX PATHOGEN
Reply to  B A

Mines are the most evil of military weapons and really should be banned. They kill and maim civilians for years, even decades, after a conflict has ended. The Ukie nazis, fed by New World Order NATO war pigs, are mining everything. I will give minor credit to the Russians because they have “digital” mines, which are tracked and remotely activated and deactivated. If done right, that obviates much of the future suffering by those not even involved in the combat. NATO is a criminal organization and Germany sucks.

Princess Diana protested the use of landmines. When looking at the statistics, many mines actually kill and maim civilians – many are children. Lookup: “Why Princess Diana’s Fight Against Landmines Was So Remarkable.”

There have been other voices, though names escape me. Just look at what happened in Cambodia during and after Pol Pot. Terrible carnage. Germany shows its true colors.

B A
Reply to  Richebourg

the German leadership responsible for this and some of the zombified or silent masses that let this happen; not all (possibly even most) Germans.

Why Princess Diana’s Fight Against Landmines Was So Remarkable – look it up.

Russia shall cut gas to Germany 10-20% for retariate.

no. cut 100% china, india, pakistan and many others will take it anyway

Onward to Berlin the evil core of Natostan and the EUSSR.

Germans learned nothing from their Onkel Adolf wipeout. They slaughtered almost 30 million citizens of the Soviet Union and beg forgiveness for 6 trillion chosenites that they supposedly burned. Now that they are 100% owned by angloZionaZis they are at it again. Russia needs to continue its operation until Natostan is destroyed and the Pentacon demons are sent packing back to Slumville USSA.

Looking at the Soros owned morons “running” Germanistan today it is obvious that Germanistan is being set up for WW3 and no doubt the juice that own Washing town will again fight Russia to the last idiot German that imagines USSA is a friend.

Evolution is messy and most animals die off…just look at the covaid$ caper and the stupidity of EuroPeons in the ongoing scamdemic.

Germany how could you? After all you did wrong and after all the efforts you did to not fall in the same trap again, you jumped right into the same old habit.

Sending landmines to Ukraine to kill Russians? How can you ein wildgewordener kleinbürger be that stupid??

Ask the same juice that own Pirate Rock…you’ll find most of them in USSA where they milk their USSAN tax cattle.

Disgusting human rights breach,by the leading hypocritical evil country in all of europe!GERMANY:

Where others stop we are just begining.

By the way what the fuzz about our mines…just dont invade ur neighbour, than ur shitarmy ivans wont get hurt by them