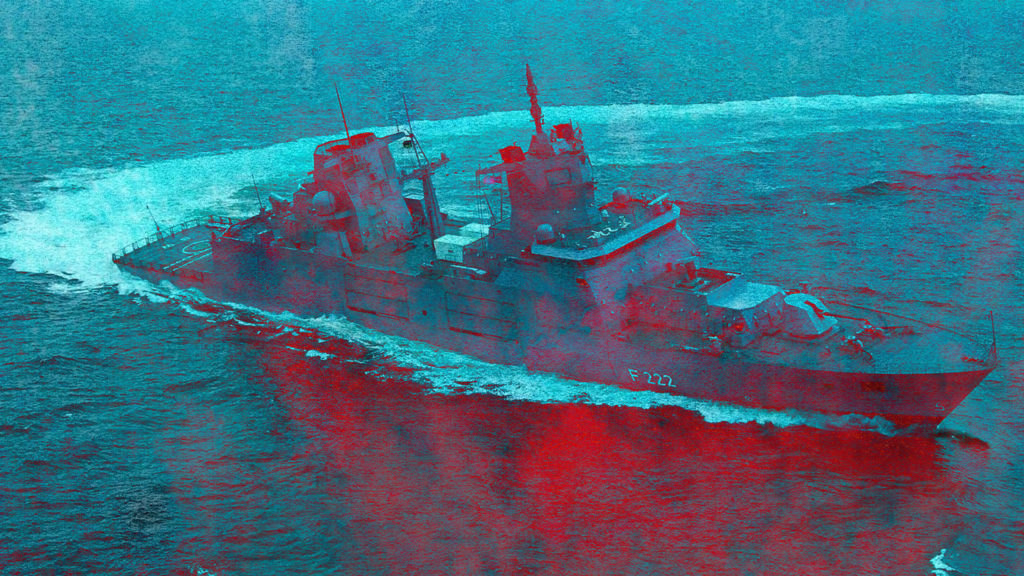 On July 31st, German Foreign Minister Heiko Maas announced that Germany wouldn’t participate in the US-led mission to secure the Strait of Hormuz.

The video of the announcement can be seen here.

“Germany will not take part in the sea mission presented and planned by the United States,” Maas told reporters while in Poland.

Germany, however, remained in talks with France and the UK regarding an EU approach to the crisis in the Persian Gulf. Other interested parties are reportedly Denmark, Poland, Portugal, Spain and Sweden.

In explaining the decision not to join the mission, Maas said that the German government believes the US strategy of exercising “maximum pressure” against Iran “is wrong.”

He added that Berlin wants to avoid further escalating the situation in the region and that the government wants to focus on a diplomatic solution to tensions with Iran, emphasizing that “there is no military solution.”

US Ambassador to Germany Richard Grenell condemned the decision, telling Berlin to “step up” and that it had “responsibilities.”

“Germany is the biggest economic power in Europe,” he told the Augsburger Allgemeine newspaper. “This success brings global responsibilities.”

German members of parliament earlier in the year requested for Richard Grenell to be expelled from Germany due to acting like “a high commissioner of an occupying power.”

“Any US diplomat who acts like a high commissioner of an occupying power must learn that our tolerance also knows its limits,” said Kubicki, who is one of five deputy speakers of Germany’s Bundestag parliament.

Heiko Maas’ announcement that Germany won’t participate in the US-led mission came just one day after the US Embassy in Berlin said that it had officially put forward a US invite for it to take part in the Strait of Hormuz mission.

Embassy spokeswoman Tamara Sternberg-Greller told the DPA news agency about the request. The embassy confirmed the statements to DW.

“We’ve formally asked Germany to join France and the UK to help secure the Strait of Hormuz and combat Iranian aggression,” she said.

“Members of the German government have been clear that freedom of navigation should be protected,” Sternberg-Greller said. “Our question is, protected by whom?”

According to the DPA news agency, the request had actually been sent to Berlin some days ago but failed to make an impression on the German government. Thus, the US decided to make it more public.

“Taking part in the American strategy of maximum pressure is out of the question,” he said.

The chief of Bundestag’s Foreign Policy Committee, conservative Norbert Röttgen, said that the crisis required a European answer. “We cannot have a joint mission with the US right now, because the Europeans are pursuing a completely different policy towards Iran,” Röttgen said.

The foreign policy spokesman for German Chancellor Angela Merkel’s CDU/CSU parliamentary group told DW that it was too early to assess whether Germany should join it.

“I would only like to pass judgement about such an operation after more details are presented,” Jürgen Hardt said. He added that the German military would nevertheless be “prepared” to make a “positive” contribution should the government opt to take part in the force.”

German Vice Chancellor and Finance Minister Olaf Scholz said he risk of being dragged into a greater conflict was too great.

“That’s why I think this is not a good idea.”

Germany is becoming the Eur part of Euroasia. They must be fed up with 70 years of US invasion.

Americunt occupation criminas have committed massive murder, rape and crimes against the Germans. Most Germans hate the Americunts and Jew scum.

Trump knows. Christ, his daughter is married to someone connected to the J-mafia.

Its ok the gestapo can stay home .

Nobody expected Germany to do anything for NATO. I think it’s a way for USA to remind them why they don’t deserve Nord Stream II

Americunt arseholes are floundering as not even small NATO puppets are interested in getting their rusting tubs sunk in the Persian Gulf.

The US Ambassador to Germany, Richard Grenell aired his frustration and has accused Berlin of skirting its responsibilities. German Defense Minister Annegret Kramp-Karrenbauer answered. “Germany hasn’t completely ruled out participation in the mission, however Germany was “reviewing” the request, suggesting Berlin could do a U-turn on the issue.

Germany doesn’t want to participate? Or cannot participate even if it wants too? That German chick who now heads the EU Commission pretty much ran the Bundeswehr into the ground as Germany’s defense minister.

Is this just a game of Good cop vs Bad cop here? But anyway on the face of it this is like Germany giving Israel and the USA the middle finger but in a diplomatic sort of way.

Good on them, they probably know its just another Zionist plot