The German authorities intend to encourage migrants, who decide to return their homeland. 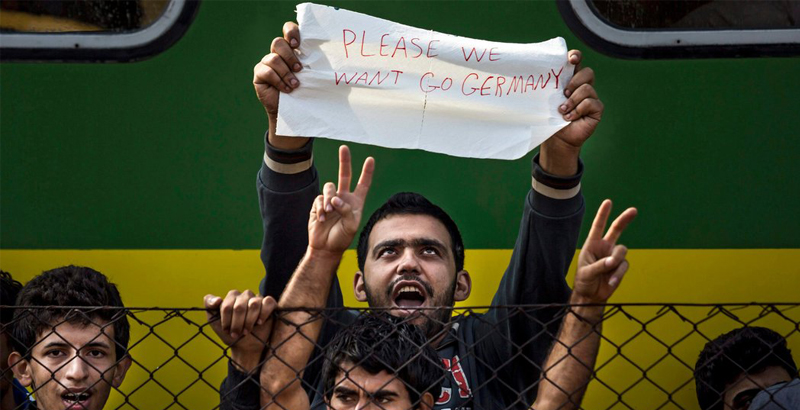 The German Federal Ministry of the Interior has announced the launch of a new migration program, titled Starthilfe Plus, the Izvestiya newspaper reported. The federal government has allocated €40 million to finance the program in this year. The decision met with a mixed reaction in the German society, and experts believe that in this way German Chancellor Angela Merkel tries to ‘gain more political points’ on the eve of the elections.

According to the ministry, the program aims to encourage migrants to willingly return to their homeland. A possibility to leave Germany on their own initiative is better than a deportation in the event of denied asylum for many non-residents.

As official representative of the German Federal Ministry of the Interior Johannes Dimroth told the newspaper, the program was launched on February 1, and it concerns migrants from 45 countries, except of the Western Balkan states. The program’s basis is the principle of a willing return. Refugees, who decide to return to their homeland before a decision on asylum in Germany made, will get €1,200. In their turn, those, who were denied asylum, will receive €800 on the condition that they do not interpose an appeal.

The financial compensations are intended for persons in the ages from 12 years and older. Payment of the money will be carried out in two stages. The one half of the payment will be received by migrants on departure from Germany, another half – after six months of residence in their country of origin.

The new program will complement the Reintegration and Emigration Program for Asylum-Seekers in Germany, according to which refugees get money for their departure from Germany, as well as receive €200 for travel expenses (half of the amount for children under 12 years old). The program also provides payment of an initial aid, amounting to €300-500.

According to German expert on migration policy Katharina Enders, effectiveness of the policy, pursued by the German authorities with regard to refugees, is questionable. The expert noted that the most part of refugees left their homes due to “poverty, lack of prospects, discrimination and war.” Enders believes that “one-time payment cannot compensate problems, with which migrants will face, returning to their homeland.”

“Many refugees also paid a lot of money to intermediaries in order to reach Europe. Therefore, in case of denial of the German authorities, refugees will try to seek asylum in another European country or maximally prolong their presence in Europe,” Enders told Izvestiya.

According to the expert, the new program entered into an active phase of implementation ahead of the parliamentary elections in the country. Taking into account that Merkel is losing voter support due to her unpopular decisions on migrants, in this way, she seeks to stay on the leading position in the rankings.

However, even this does not help the situation. According to many German residents, the Chancellor actually bears personal responsibility for the migration crisis, which engulfed the country, and tries to solve it at the expense of German taxpayers’ money.

And then lift the sanctions too!

Germany tried something similar during the 1980s and it didn’t work then.

Yes, keep giving away money! For each immigrant that takes the 1200e and leaves, there will be a thousand who arrive for the sweet money!