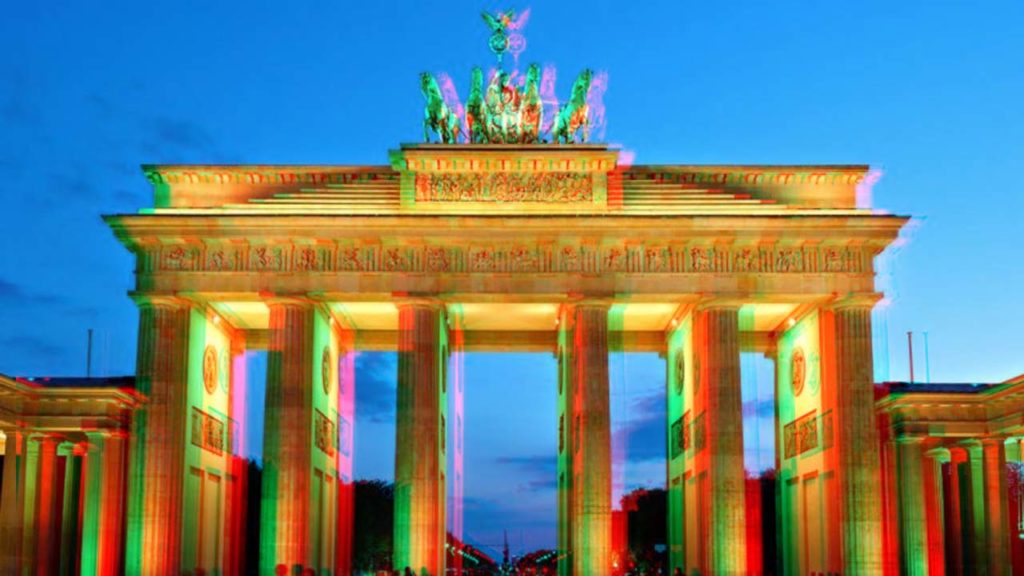 Germany appears to be showing a willingness to lift the Visa-regime for Russian citizens up to 25 years of age.

Regardless, though, the notion recently proposed by the chairman of the Petersburg Dialogue, Ronald Pofalla for the lifting of the Visa regime for young Russians has close to no chance of realization. This, however, has very little to do with any opposition from within Germany, according to Pofalla.

In Germany itself there is no resistance, he said. However, it is not about visas alone for entry into Germany, but de facto visas for the Schengen area. And here Eastern European countries like Poland or the Czech Republic are still skeptical.

The interview with Ronald Pofalla took place on July 10th, ahead of a meeting of the Petersburg Dialogue in Bonn between July 18-19th.

“Are concrete results to be expected in Bonn?

Yes, we want to talk about the visa-free regime of young people in the civil society working group. There are a number of consulates in Russia. But to get a visa, you have to hand over an electronic fingerprint, among other things. Russian youth from the provinces have to drive hundreds, sometimes thousands, of kilometers to get to a consulate. And then they have to pay a lot of money for the visa,  a lot of money according to Russian standards. These are limitations that should be overcome. Finally, we want to expand the high number of participants in the German-Russian youth exchange.”

According to him, the simplification of Visa requirements for youths up to 25 years is justifiable.

As a result of the meeting in Bonn, a memorandum was signed on the simplification or abolition of visa regime for citizens of Germany and Russia under 25 years old.

This was stated by Dirk Wiese commissioner of the German government for inter-social cooperation with Russia and countries of the “Eastern Partnership”. The working group “Civil Society” adopted memorandum on liberalization of visas for young people. Six Russian and German experts worked on it. Meeting was held in Moscow at the end of May with participation of representatives of the Ministry of Foreign Affairs and representatives of consulates. Deputy of the Bundestag noted that “It has been said that what can be done already now within framework of current legislation.”

Wiese said that on agenda of the European Union there is not just liberalization, but abolition of visas for young people directly, in which case Russians will be able to move freely around the Schengen area.

“Of course, issues relating to Schengen should be discussed in the EU, but there are things that can be done now. Whether you need to pay fees for visas for student exchanges, whether you need to come to the consulate, or you can arrange everything remotely and so on” — noted Wiese.

This memorandum doesn’t instate any changes, but rather a willingness to introduce changes. Whether they will take place or not is unclear.

“Memorandum covers 14 proposals for governments of the Russian Federation and the Federal Republic of Germany. Participants of the Russian-German Petersburg Dialogue propose to facilitate submission of appeals in case of refusals, to start online system for issuing visas and invitations, to expand procedure for issuing multiple-entry visas for up to five years. It is hoped that greater number of Germans and Russians will communicate with each other, this will contribute to rapprochement of the citizens of Germany and Russia.”

Germany showing willingness is only one side of the coin, however. Germany is part of the Schengen area and the EU needs to also agree to the changes, since a Russian citizen may travel to Berlin with no Visa requirement and then board a train and travel to Warsaw in Poland, without his or her documents being checked.

The German Foreign Ministry said that Schengen visas already include a number of student and student exemptions. Where possible, long-term visas would be awarded. In addition, additional visa centers have now been set up in Russia, so that applicants would be spared long journeys.

The partners in the Schengen area would eventually discuss further ways of improving it.

“Human relations and the exchange between Germans and Russians are an important part of German-Russian relations, which we promote in many projects,” it said.

This shows the unwillingness of the other EU states to allow Germany to settle its demographic and other problems, because that would further reinforce and strengthen its position as the core of the bloc.

Another side of the issue is that the Baltic States, Poland, the Czech Republic and others have a very negative public view of Russia and Russians, and are thus unwilling to implement any changes that would make life easier for them.

Germany, on the other hand, needs new and capable people, since its “multi-culti” policy failed towards the integration of Middle East and African newcomers. Instead of becoming an active part of society and the working force, they are violating the laws, refusing to even try to fit in the local culture, with many of them radicalizing and taking part in activities linked to radical groups’ cells.

The German population is aging and the most productive and capable part of society is reaching an age when it needs to retire. The young people, however, are being replaced by people who are not interested in industrial labor, or any labor in general. The remainder of the “core” population has been shrunk to an amount that is not sufficient to balance out the negative impact of the “multi-culti” policy.

Thus, Germany needs to persuade the other EU states to implement these changes in the Visa regime, so that it can guarantee itself a new flow of newcomers that have a closer culture to the locals, to balance out the negative impact of the migrants.

Russia, on the other hand, needs to also consider possible results of this project, since its demographic situation can not be called optimistic. If Germany really adopts the visa-free regime for Russians under 25, this may become a demographic blow to Russia.

They try to make “brain drain” of talented highly educated young Russians. They do that because they were ordered by CIA to do that.

Actually their best young brains were drained to USA through educational programs made for Germans only.

No, I’m talking about a more recent program adopted by more than one US universities, it’s still on going and it’s addressed to students from Germany who want to study in the US

The US education system producers bankers economists etc not engineers. When a society pays a stock broker more than a rocket scientist, you get lots of stock brokers.

You talk about long lost past that doesn’t exist any more. Not even Indians try to get to US any more lately… Only hungry illiterate Latinos and US sponsored Jihadist’s try to get to US these days. Nobody else. Whatever you US schmucks do now, the core of German know how will stay within the Germany. The US level of general engeneering skills and related know how are abbout to be ireversibly lost. Because international scientific base created by the US brain drain doesn’t exist any more (except in US military industry). The incentives for the US brain drain are not there any longer, for quite some time already. Unlike US, China has huge army of engeneers and by far the biggest industrial base. China is the biggest industrial Super Power that has ever existed on this planet. Much bigger than UK or even US in your glory days… It is the end. You have already lost . You only don’t know that yet…but you will find out soon.

I don’t have the time to read your huge comment but I observed it’s something dramatic. I like drama, just make it shorter

It’s supposed to be funny or dramatic?

The USA has always relied on German intellect, the whole American aerospace industry is based on German scientists/engineers.

Real Anti-Racist Action
Reply to  stupid is as stupid does

Yes, it is a Zionist lie that the indigenous Suebian lands have a “demographic problem”. In actuality only around 15-million indigenous Suebian’s are needed in the land period. In fact in would be better for the environment for all lands to loose 20%-30% of their populations easily. Jews want both Suebian and Palestinian lands to be invaded. They are equally victims. https://en.wikipedia.org/wiki/Suebi

I guess the US will have to put ‘young, educated, law-abiding Russians looking for good wages’ on the not allowed list. Countries will immediately be put on the sanctions list for importing these dangerous people in defiance of US world law! That means YOU, Germany!

The US and EU have all ready agreed that Wahhabi jihadis, breeders and permanent welfare parasites are the preferred, mandated immigrants or visa holders. Others need not apply.

I have a better idea, why not offer educated ethnic Germans and ethnic native Europeans jobs in Russia instead, people who hunger for law and order and security, people who can freely walk the streets after dark without fearing of being gang raped or mugged by migrant gangs roaming the streets. And while we’re at it we can further give tax easement to German industry and companies whom are willing to move their business to Russia.

there is no Germany today.period.dont believe the bs News of CNN,bbc,bild etc……..

visit german cities…munich,dortmund,berlin,bonn,frankfurt etc……. you would get the surprise of a Lifetime…

56000+ Arrest Warrants are outstanding against foreigners…….this number was made on german national TV in june by the head of federal prosecutors!!!!

Bob
Reply to  klove and light

Whats interesting is that in 2010 Merkel publicly stated Germany’s ‘multikulti’ immigration policies had ‘utterly failed’. But time revealed that with this statement she was just insincerely riding on domestic public concerns for her own electoral purposes – her real political position on immigration was fully revealed in 2015. When she quadrupled down on ‘multikulti’ by unilaterally discarding the EU’s negotiated Dublin Act immigration protocols, and unilaterally opened central Europe to unprecedented mass, uncontrolled and unscreened, open immigration.

german federal prosecutor …..no law in Germany any more

An alignment between Russia and Germany would greatly enhance the economic and geopolitical future of both countries. The 2 eagles flying as one would put fear into the heart of any aggressor.

Trying to keep Germany’s industrial prowess and Russia’s resource bounty separate has been a strategic economic imperative of British-US axis for a century. A fully integrated Berlin-Moscow axis has long been a nightmare economic scenario for British-US axis.