According to head of the German Committee on Foreign Affairs, Norbert Rottgen, in the long term, restrictive measures could affect Moscow’s policy in Syria. 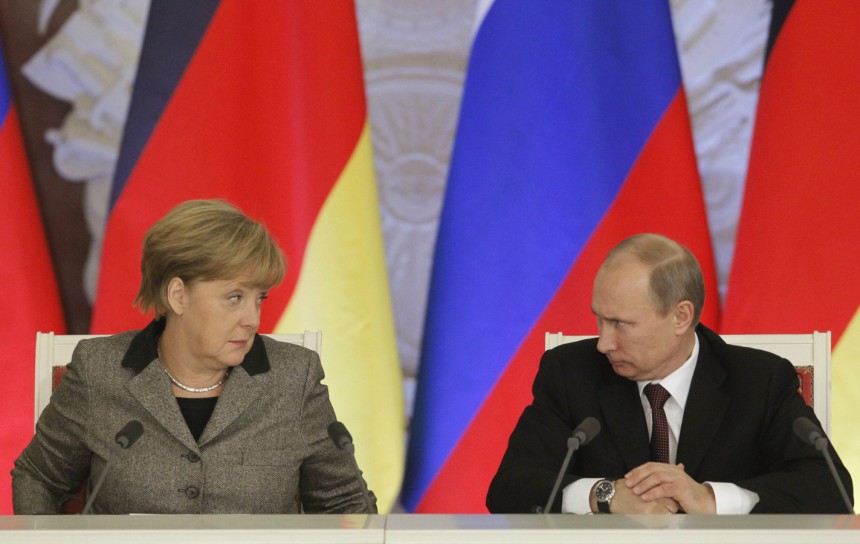 Germany is considering introduction of new anti-Russian sanctions due to the situation in Syria, head of the Bundestag’s Committee on Foreign Affairs and a member of the Christian Democratic Union of Germany, Norbert Rottgen, said in an interview to the Süddeutsche Zeitung newspaper.

According to the German official, a lack of response to the war crimes in Aleppo would cause a scandal, so the least that they can do is to introduce countermeasures. Rottgen, who is a party fellow of German Chancellor Angela Merkel, believes that Russia is “definitely guilty” to “serious war crimes.”

According to the newspaper, Rottgen has admitted that restrictive measures would not influence immediately the Russian side, but in the long run, it could affect Moscow’s policy in the Middle East. The German politician also criticized the EU for the fact that members of the block are afraid to introduce new restrictions with regard to Russia, and refuse to “call a spade a spade.”

A day before, The Wall Street Journal newspaper reported, citing sources close to the government of Chancellor Angela Merkel, that Germany may initiate introduction of new sanctions against Russia in response to its actions in Syria. However, the newspaper also noted that the initiative may be stopped because the most part of EU member states do not want to worsen relations with Russia, and conversely are looking for ways of its normalization.

In his turn, Russian Foreign Minister Sergey Lavrov said that a common sense, but not a desire to accuse Moscow of all, would prevail in the matter of introduction of new sanctions against the Russian Federation.

At the same time, the Izvestiya newspaper reported that German politicians, interviewed by the newspaper, denied the information about the allegedly preparing anti-Russian restrictive measures.

This is just ludicrous. The west used the word ‘war crime’ without understanding its meaning. It’s just part of their propaganda speak . During WW2 whole cities where raised to the ground, and even though people prevaricate this was in-fact the intention. Yet no one ever calls these thing war crimes. Russia and Syria are fighting a determined enemy, and yes sometimes this enemy is co mingled with non combatants, and sometimes they are killed in the cross fire. This is just what happens in urban fighting.

In Vietnam the usa had what they called ‘free fire zones’ where any person could be targeted without any attempt to distinguish between fighters or peasant in the fields. In fact if you read some of the later testimony you will see that some killing was just done for amusement.

Remember who the real barbarians are and that germans are eternally the scum of the earth.

Actually some of the bombing runs we did in Germany do fit the definition of a war crime. I’d respect Germany if they added the KSA and the U.S. to the list over Yemen and at least be consistent but they won’t. They are vassals of the U.S.

Verdamnt! Bundnis mit Russland! Either bring all of the NAZIs hanged for war crimes back to life or try, convict, and execute Clinton, Bush, Obama, et al for commiting the EXACT same war crimes! I guess the Nuremburg War Trials really were just the victors getting revenge on their defeated enemies.

Franks and Saxons on the same job. Hitler’s vision of Europe is reality today. Anybody thinking Germany or any other EU country has any other feeling towards Russia despite hate is very, very mistaken. It was always just a matter of time. Once they feel strong enough it will be Drang nach Osten all over again. EU is Nazi organization, they followed Nazi footsteps very carefully and expecting anything normal from Nazis is delusional.

War crimes refer to combat between states. What state does the ‘rebel” side represent? In law stateless rebels are all civilians so in theory every time the SAA kill a rebel they are committing a war crime.

If the “rebels” are civilians whose law do their “war crimes”come under? They can use human shields, chemical weapons and target whoever they please with no consequences because they aren’t formal combatants under international law.

The USA in particular like to play fast an loose around war crimes. When they want to fight stateless combatants they use “extraordinary rendition” torture, and illegal drone strikes against sovereign nations and their lawyers say it’s legal because the combatants aren’t a military force under international law.

Syria fights an existential war against the same organizations that the USA was fighting in the war on terror and the USA screams “war crimes” simply because they use heavy weapons on the combatants and those combatants….. who could be either civilian or rebel on any given day depending on whether they happen to have a weapon on them or not. How can anyone tell if a body found in the rubble in Aleppo was held there against their will as human shields or were in fact combatants or supporters of combatants vital to their war effort?

And then there are claims that the SAA and Russians are targeting hospitals. According to the media the last hospital in Aleppo was bombed back in the spring and the last doctor killed a few weeks later. I don’t doubt there are hospitals in bunkers underground in Aleppo but how do the Russians / Syrians tell a hospital from a military bunker if there even is a difference? Do the rebels announce or mark the locations of their bunkers and hospitals in beseiged Aleppo?

West disgusting act when their proxies terrorist armies get peppered by SAA and Russia. Merkel and her lib-tards gangs should ousted

Merkel will be history at some point but Putin will still be there.

Germany under merkel is a rapidly dying country.

haha poor Merkel she need to do it otherwise DeutsheBank will blow up :)

Heard an interesting point recently. Germany opened its borders to the “refugees” in order to draw away as many fighting age males as possible from Syrian conflict! This had the two-fold effect of reducing the possible size of the SAA and reducing the same fighting age males to hated refugee status living a rootless existence in Europe! If true, it would make Germany an active participant in this dirty war, and the decisions do not indicate stupidity so much as strategy. More German I reckon.

Who cares about this moslem country? learned about another 3 german families leaving the country because of troubles with moslems. They went to Monte Video. IM Erika is gonna to stay there alone with her Soros-crowd.