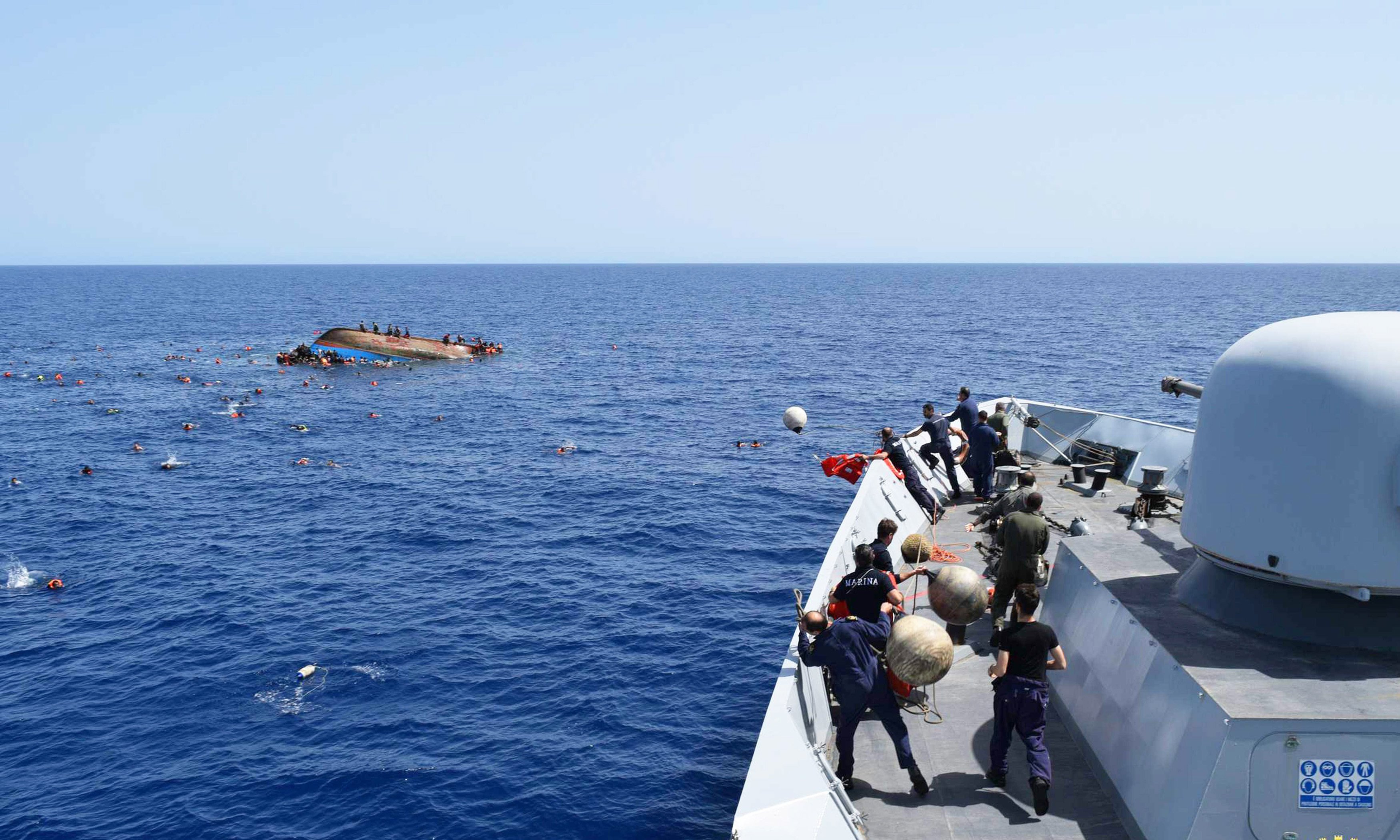 Interior ministers of Germany and Italy have reportedly demanded a joint EU patrol mission along Libya’s border with Niger in order to stop a migrant flow to Europe.

The ministers have written a letter arguing that current efforts to stop human smuggling are not working.

“The first months of this year have shown that our efforts up to this point have been insufficient. We must prevent hundreds of thousands of people who are in the hands of smugglers from risking their lives in Libya and the Mediterranean,” the letter reads.

Over 43,000 migrants, mostly from sub-Saharan Africa, have used the Libyan territory to reach Europe up to the middle of April of this year, according to the UN.

Because it’s so hard to just drop the migrants back on Libya’s beaches…. What a fake solution to a very easy problem. I’m pretty sure these politicians know how barriers should work when you try to enter their homes uninvited and unwanted.

Apparently according to international treaty once they’re in they have to be treated as potential refugees. And once they’ve gone through the process of determining if they’re legitimate refugees they can’t go back. Because they refuse and disappear on the streets, because they destroyed their passports to prevent being deported back, or because their countries of origin just refuse to accept them back.

EU is finished, pathetic response and clearly Italy has lost control of its own borders, EU in desperation is also funding a Libyan coastguard supposed to stop the overloaded unpowered dinghies and barges before these enter international waters. Problem is the Libyan gangs just tow these vessels a few kms out, then cut them adrift, send distress signal with co-ordinates ( sometimes hours in advance) and head back knowing the NGO will pick them up, then transfer them onto Italian vessels further offshore for a guaranteed onward passage to Italy . Australia had a similar problem with organized people trafficking a few years ago (minus the NGO interventionist vessels ) and have dealt with it very successfully as follows :

1. Vessels carrying illegal migrant cargoes are intercepted by the

of origin (usually in Indonesia).

2. Where smugglers sabotage or scupper their vessel to prevent action 1.

3. After processing, whether found to be genuine bona fide refugee or not

(mostly not), no-one is given right of entry into Australia. They are given the

freedom to choose : returning to their own country , re-settlement in a third

country ( Cambodia), register in a UNRWA camp in Indonesia, or remain in the

4. The number assessed as genuine refugees is then added to the numerical

UNRWA camps in Jordan, Lebanon, Turkey, and Kenya (Sudanese and Somalis) Thus Australia will now INCREASE its intake of approved refugees from Syria by 6 000 for 2016/7 by adding in more from Lebanon and Jordan.

As a result of this sensible and humanitarian policy the boats have stopped completely and NO lives have been lost at sea in 2016 from people smuggling ventures into Australian waters. In contrast at least 5 000 African migrants have drowned last year enroute from Libya by paying the people trafficker gangs, aided and actually encouraged by short-sighted, if not criminal, NGO activities.

Too many bleeding heart liberals in the EU who would cry foul if that were to happen. It might come to that, but it takes time for people to come around and accept this policy. Australia probably experienced this problem earlier and thus went through this process earlier. Not to mention that unlike what the EU haters seem to think Brussels can’t do jack shit until the individual member states come to a common decision. 28 countries that have to go through this process together. And some of which are way ahead of the pack in this, others are still in the bleeding heart liberal phase and others do not experience this problem at all so they don’t give a shit about it either.

Soon it will be easier once the UK is gone. Then only 27 left.

Of course nothing happened, nothing decided or signed. Love it.