Some 33 symbols of Kurdish military and political groups have been banned by the German Interior Ministry. 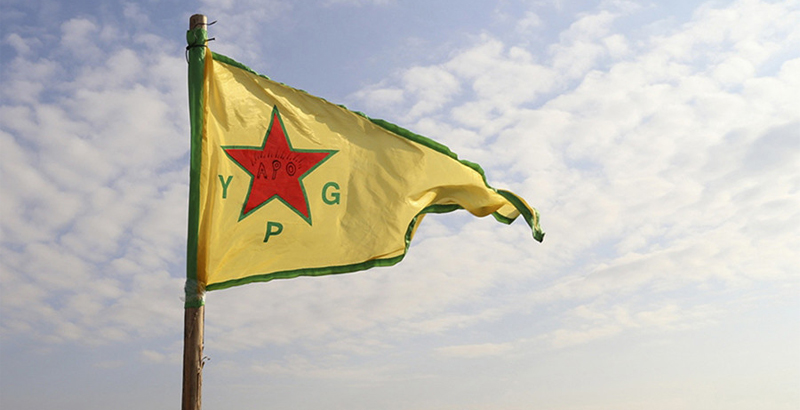 German Interior Minister Thomas de Maiziere has ordered to ban 33 symbols, used by Kurdish military and political groups, including a portrait of founder of the Kurdistan’s Workers’ Party (PKK), Abdullah Ocalan, and flag of the People’s Protection Units (YPG), an ally of the US in Syria, the German Spiegel newspaper reported on Friday. The decision was taken amid rising tensions between Germany and Turkey.

According to the newspaper, on March 2, regional authorities and federal law enforcement received the five-page document with respective instructions and the attached list of prohibited symbols.

Explaining the prohibition of a portrait of Ocalan, who is currently serving a life sentence for forming an armed organization in Turkey, De Maiziere noted that such images against yellow and yellow-green background have “a significant emotional impact” and should be banned, as they are “especially suited to promote cohesion of PKK which is banned in Germany.”

Such yellow banners with Ocalan’s portrait have been often using at rallies, organized by German supporters of the PKK, who demand to release their leader.

It is most beautiful to see Kurdish people & friends march everywhere for freedom for Öcalan. This is Germany: pic.twitter.com/PepGkX2xFo

Despite the fact that the PKK has been banned in Germany since 1993, meaning its symbols have also been prohibited, supporters of the party continued to use the yellow flags at multiple Kurdish rallies across Germany.

In addition to Ocalan’s portrait, the banned list has also included the banner of the YPG, which is a part of the Syrian Democratic Union Party (PYD) and considered by the Turkish government as a terrorist organization. As it was reported, in total, the list consists of 33 symbols, belonging to the PKK and its branches.

The German Interior Ministry has denied a speculation that the move’s purpose is to calm down Turkey, with which the country has very strained relations recently. According to German officials, the ministry regularly monitors if the ban on certain group’s insignia should be specified, according to the way this group operates.

I’m no kurd supporter, but I know the ins and outs of the muzzie world: These bans indicate that the other muslim sects, particularly the SUNNIS have infiltrated the german government, and it would also explain a great many things about german government behaviour at this time…

Bad news guys: German government is controlled by the Saudi’s….

Kurds are sunni as well.

NO THEY ARE NOT.

They are Iranian, which means they are descendants of Persians….

And…. Kurds are communists….

It seems like I have to clarify few things: Being Persian is the ethnic identity. Being Communist is a political identity. Being Sunni or Shia is a religious identity. basically they are completely different notions.

Merkel’s conversion to wahabism is close.

The German government has not stood for the ethnic-indigenous Germanic tribes since the Germanic people were conquered by Jews and the UK and Red Beast and USA in 1945. https://www.youtube.com/watch?v=4n28XVADekI

Are they going to start cutting off their own penises too, since they are useless without balls.

Germany is so subservient to Turkey – half the problem is the large virtual fifth column of Turks in Germany who instinctively identify more with Erdogan’s policies than to their adopted home.

Kurdish and persian language are very close and almost similar. They have similar syntax, similar Grammar and similar etymology.

What type of democracy or human right is Germany protecting if the German government stand up against oppress Kurdish people in Turkey and in their sovereign country Syria by Erdogan.Should Erdogan always treat special by Putin and Merkel while he oppres the Turkish minority in Iraq,Syria and Turkey.