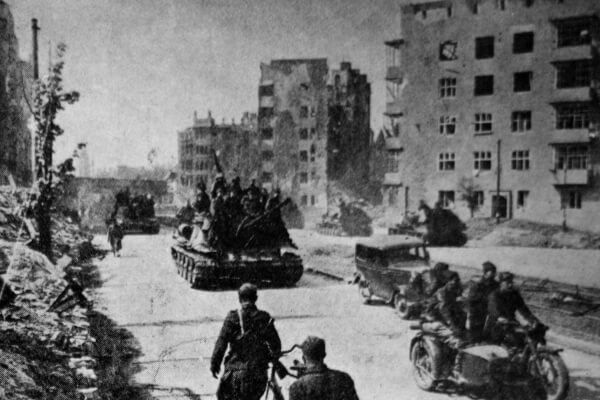 Germany is preparing for war with Russia, German member of parliament, from the ‘Left’ faction Sevim Dagdelen said in her article in the nd.DerTag newspaper.

“NATO’s arms buildup, escalation toward Russia and the German government’s forgetting of history when it comes to remembering the attack on the Soviet Union 80 years ago are just two sides of the same coin,” Dagdelen wrote.

She noted that relations between Germany and Russia have reached the bottom, and not a day goes by without demands for new sanctions against Moscow.

At the same time, instead of diplomacy, she said, the German government is betting on unprecedented rearmament in order to become the largest military power on the continent in a few years, with defense spending in the amount of 85 billion euros, which significantly exceeds Russia’s military spending.

“The federal government is openly taking a course to prepare for a war against Russia,” the parliamentarian expressed her opinion.

She recalled that during her recent visit to Guam, German Defense Minister Annegret Kramp-Karrenbauer told the military gathered on the American warship:

“We are fighting side by side for democracy, freedom and rule-based order. In Europe, the enemy is Russia, and here, rather, China. “

According to Dagdelen, anyone who calls for a fight against Russia is not interested in defusing tensions or even in a “common European home.”

“On the contrary, such propaganda methods create new images of the enemy in order to prepare for an armed conflict with Russia,” she said, recalling the German troops in the Baltic on Russia’s western border and NATO military exercises.

“The saber rattling, confrontational rhetoric and military threats increasingly define public discourse in Germany. Anyone who disagrees is called a Kremlin puppet. This can be confidently seen as part of moral mobilization and preparation for war,” the MP wrote.

According to her, politicians are shunned from accusations of hatred of Russia, but at the same time, the double standards in relation to American presidents, “on whose orders thousands of people around the world have been killed in the past, are striking.”

Dagdelen expressed the opinion that German politicians, who declare their readiness for aggression directed to the east, dream of a Russia in which oligarchs connected with the West will provide the country’s raw materials to other states.

“We must not forget about the war of extermination and plunder against the Soviet Union. There is only one lesson to be learned from this terrible barbarism: friendship with Russia and other former Soviet republics should become the maxim of German politics,” concluded Dagdelen.

These are all speculations, of course, but they come around the anniversary of the beginning of the Great Patriotic War for Russia.

It hardly needs reminding that the war was against Nazi Germany.

The article, “Being Open, Despite the Past”, appeared on the Weekly, as well as on the Kremlin website. Its publication was timed to coincide with the 80th anniversary of the Nazi invasion of the Soviet Union.

He spoke of NATO’s encroachment, as well as the degradation of European security.

“Moreover, many countries were put before the artificial choice of being either with the collective West or with Russia. In fact, it was an ultimatum. The Ukrainian tragedy of 2014 is an example of the consequences that this aggressive policy has led to. Europe actively supported the unconstitutional armed coup in Ukraine. This was where it all started. Why was it necessary to do this? Then incumbent president Yanukovych had already accepted all the demands of the opposition. Why did the USA organize the coup and the European countries weak-heartedly support it, provoking a split within Ukraine and the withdrawal of Crimea

The whole system of European security has now degraded significantly. Tensions are rising and the risks of a new arms race are becoming real. We are missing out on the tremendous opportunities that cooperation offers – all the more important now that we are all facing common challenges, such as the pandemic and its dire social and economic consequences.

Why does this happen? And most importantly, what conclusions should we draw together? What lessons of history should we recall? I think, first and foremost, that the entire post-war history of Greater Europe confirms that prosperity and security of our common continent is only possible through the joint efforts of all countries, including Russia. Because Russia is one of the largest countries in Europe. And we are aware of our inseparable cultural and historical connection to Europe.

We are open to honest and constructive interaction. This is confirmed by our idea of creating a common space of cooperation and security from the Atlantic to the Pacific Ocean which would comprise various integration formats, including the European Union and the Eurasian Economic Union.”

Additionally, he said that Russia was prepared for strategic dialogue, and restoration of normality.

“I reiterate that Russia is in favour of restoring a comprehensive partnership with Europe. We have many topics of mutual interest. These include security and strategic stability, healthcare and education, digitalization, energy, culture, science and technology, resolution of climate and environmental issues.”

This time, they won’t stop at Berlin.

Democracy, freedom and rule-based order? Kramp-Karrenbauer must be trying out new material for her komedy routine.

I suspect Yurta boy can see the future in his beloved goat arse.

If this is true then Russia may as well get in first and finish the job that was started 80 years ago and once and for all completely destroy the Huns and while they are at it add the US/UK to the list. There, problem solved.

People have said that the USA and UK were the ones to interfere in WWI such that, without such interference, there would have been no Treaty of Versailles, let alone a Hitler or a WWII. Rumor also has it that the US and UK helped set Germany up in a war against Russia so that both Continental countries would decimate one another and the two Anglo countries could then reap the remains. While Germany got levelled during WWII, the US and UK (correct me if I’m wrong) ended up relatively intact. If the USA, UK and/or Israel (could be one of these countries or a combination) aren’t the ones who are currently pulling the strings (i.e. manipulating Germany into doing this), then who is?

The City of London.

The major governments of the world have been hanging the prospect of war over our heads for decades. It’s all a ruse that accomplishes many goals. There will never be the big war.

Problem is small wars have a habit of turning into big wars because of miscalculations by brain dead Politicians as history shows.

I have noticed, that the ammount of money western Nations like Germany spend has not really an effect on the military capabilities. In my oppinion it is because in countries like Germany too many people eating from the actual product. Too many stakeholders (A new term that includes all of this groups) who would have in a natural economic order never a share of the cake). There are detailled studies about this issue, that say clearly that Germany has to spend more then 3 times the ammount on a product, than countries like Russia or China. In addition the Germans because of massive regulations have conflicting aims concerning products inclusive military ones. In Russia a tank i.e. has to basically to fullfill its task, in Germany you have the whole gender and environment issues too. So this makes it even more expensive (i.e. every new tank must be built in a way that it can comfort pregnant women among many other things). The only thing that concerns me is that if the western bloc is trusting in their “superiority” and escalating the situation with Russia and China, they will be beaten so badly, that the US will go nuclear.

If a war it is…Germany won’t survive it….I don’t see it happening but nothing would surprise me…

FUDD: Fear, Uncertainty, Dread, Distraction. The us of which further disable’s the people’s ability to think.

The English for the Latin word for “propaganda.”

Thanks to Gorbachev, the worst fool in human history. Or the worst traitor.

If the Germans were that stupid again which i don’t believe they are,Germany would cease to exist it would be a pile of rat shit and rubble,next time it would be left that way.

And that [the destruction of Germany] is what the USA and UK want, or so I’ve been told. A German-Russian entente has long been a nightmare for the Anglo-American establishment.

US, defence budget is around $730 billion and rising. Compare it to Russia’s defence budget, which is similar to the UK Defence budget and decreasing. Russia and the US are both nuclear triad nations. Russia has the most nuclear warheads and also the only nation with hypersonics in active stage. The defence budget also has no problem defending the 11 time zone nation. Not forgetting the toys in the Russian toy box, make everything NATO has between them, obsolete. So Germany might increase her military spending, whilst only being able to use naughty toys, when fighting with the support of her friends. However, she will never be on an equal power, defence wise, to Russia. She really need to freshen up on her history.

KTulu
Reply to  AM Hants

russia has more than half of it’s military hardware obsolete especially tanks. in 50-60’s russias main deterence was invasion. it was said that russian tanks can reach Paris in a week. now they will burn when they cross NATO frontiers.

Russia’s military is modernized to the 80th percentile. Russian hardware doesn’t get obsolete, it’s infinitely upgradable. Better you should re-examine what you think you know about….well everything, pitiful troll. If Russia was so poorly armed wouldn’t US have attacked by now ? Idiot.

I am not a troll. but you are dreaming. US didn’t attack because of nuclear weapons. Russian tanks burn in the last 20 years everywhere. Checnya,Iraq, Syria, Armenia just a few. For defence they can do much better with what you have but ofense in 2021 russian ground forces are poor with only 400-500 decent tanks.