A German intelligence officer, who worked for the Federal Office for the Protection of the Constitution, or the BfV (Germany’s domestic security agency), was arrested over an “Islamist plot” to bomb a headquarters of his employer. 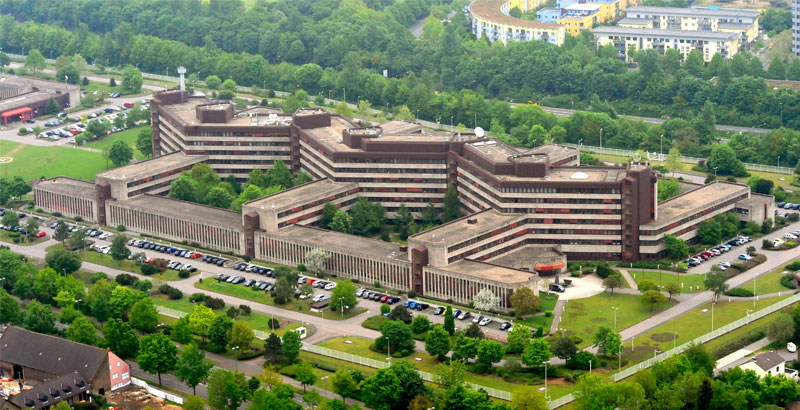 A 51-year-old German intelligence officer, an employee of the Federal Office for the Protection of the Constitution, or the BfV (Germany’s domestic security agency), was accused of preparing an “Islamist plot” and arrested. Reportedly, the man planned to bomb a headquarters of his employer, located in Cologne.

As The Telegraph newspaper reported, citing German media, a “partial confession” was made by the suspect, after he was taken into custody. At the same time, an unnamed intelligence official told the Der Spiegel magazine that the suspect also shared “sensitive information about the BfV, which could lead to a threat to the office.”

Talking with the AFP news agency, a spokeswoman for the BfV also confirmed that the suspect offered “internal information during chats” and made “Islamist remarks online under a false name.” The spokesman also added that since April, the suspected man had been monitoring Islamist groups in Germany on the instruction of his leadership.

Reportedly, the alleged goal of the online communications of the suspect was to recruit other Islamists to the BfV and hit the “non-believers” with a large-scale attack.

The family of the suspected man said that they did not know anything about his conversion to the Islamic religion and the preparing plot.

The arrest follows several recent Islamist attacks in Germany, including a machete attack in Reutlingen city, a knife attack on a train near Wuerzburg and a suicide bomb attack at the Ansback music festival.

I love how unphased people is about this clear case of a False Flag, PR attack.

Hehe German Intel (muhahaha) egence wellpiss… sorry officer, arrested for been ISIS. huh This reeks of an stupid panic propaganda stunt, and thats it. Its equally real as the NorDICKS have balls, unless its slaughtering children, they like that.

And finally, what is going on inside the skull of our own spectacular flippfloper erDOGans latest adventures into lalaland, but what I did read since erDOGan is an obvious lunatic, is the rotten lies/coverups, we are feed about Israel/Russia connections.

You whine about everyone else, but dont see the wooden pole in your own eyes. Russia, why I dont know, I could speculate of course, but why is Russia crawling infront of the Joos. I have read bullshit story’s about Israel an been an close friend but to then let them do what They want, incl bombing Assad’s forces to protect Golan is what I see, and Russia is just giving Golan to Israel, yeah, Rothschild and The Dicks is in there as we speak. Eretzh Israel, is what Russia is doing right now, and then the Tribe will as NothingButYahoho have promised, just blow away like an dust roler into oblivion, because you are then useless as Goiyms, when the Russians take over the lands. The Kurds is the same people as the fake Joos. Do you see it, Syria is dead an gone, right now it still exists as an nation, but this is just right now, Israel and Russia will split it among them selfs, Russia is Jooish land, the fake drivel about kicking out anything is as true as the Trump hammering, its just an lie, never happened, an now we know why. Its crystal clear. WE are been double crosses, lied to an watch fake news, back stabbed and fooled, by all sides, incl Russia.

YOU are LYING Russia, sad but true, thats why I dont believe anything anymore of whatever comes from Russians, they lie as much as the Yankikkes do, and for the same reason, to protect the terror-state Israel.

Wait, staging terrorist attacks while posing as extremist groups is what the BfV does with it’s day. Almost every recorded terrorist attack in Germany has been run by BfV operatives. Now they arrested their own agent for carrying out business as usual? Was there some internal miscommunication? Did someone get orders to do something, and the memo wasn’t passed around the office? Did some new agent who naively thinks their job is to actually protect the German constitution suddenly get promoted?