An employee of the state reception authority in Lower Saxony, who discovered 300 cases of cheating the German benefits system by migrants, has been fired after she reported about this to police. 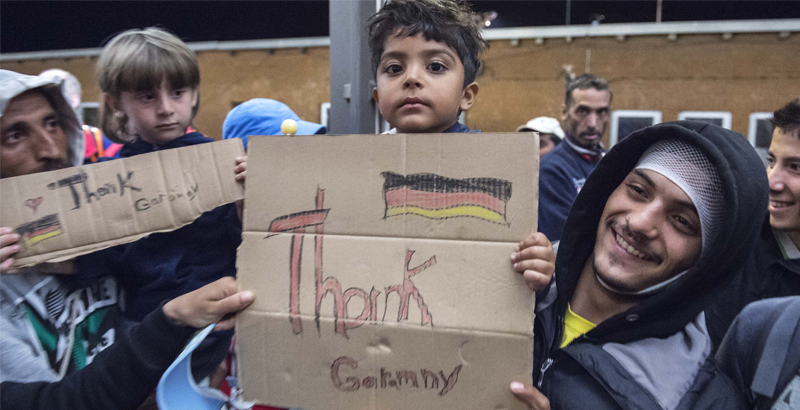 The state reception authority (LAB) in German Lower Saxony has fired its employee, who discovered 300 cases of cheating the German benefits system by migrants and reported about this to police, the Kronen Zeitung newspaper reported.

According to the newspaper, the unnamed female employee, who created various documents for asylum seekers and handed out them state benefits in Brunswick city, discovered a large number of refugees, receiving multiple benefits under different names.

Reportedly, some of the migrants obtained two identities, while others had up to six different benefits claims. The woman told about the revelation to her supervisors and said that the cases should be taken to police. However, her boss answered that they would not take any actions.

“They asked me not to do anything about this matter, and I did not want to talk to anyone about it. I was supposed to bring the files to the basement,” the woman said. “I could not live with that.”

After this, the woman decided to go to police by herself. Police got in touch with her supervisor and asked him to provide several documents. According to police, the woman’s boss ‘had some difficulties’ with handing over the documents. Ultimately, police had to contact the prosecutor’s office to get access to the files.

Policemen praised the woman’s actions and called her “courageous.” According to them, they would have never become aware of the fraud without her help. However, Lower Saxony Interior Minister Boris Pistorius noted that “it was clear that there was no cover-up” on behalf of the LAB, after police had started to communicate with them.

The LAB has denied the fact of the covering up the fraud. In addition, after the authority became aware that its employee went to police, it fired the woman, explaining it with the fact that she acted outside of her role. One of the LAB employees even has doubted the fact that her evidence helped police.

Social benefit fraud of asylum seekers has become a serious problem in Germany after it became known that Anis Amri, who committed a terror attack on the Christmas Market in Berlin, lived under multiple identities, committing benefit fraud in Germany.

As someone who knows how Germans hold efficiency in high regard , you would think the woman would be rewarded with some civic medal or ribbon to thank her rather than fire her . It must be Germany’s contribution to the war against Syria , allowing these young jihadists to collect benefits and get paid to go to fight against the Syrian people , not once , but several times .

Only fired? Not exiled or imprisoned? She’s gotten off easy compared with whistle blowers in America.

The criminal idiots who rule Germany are the ones who should really be fired and jailed for treason.