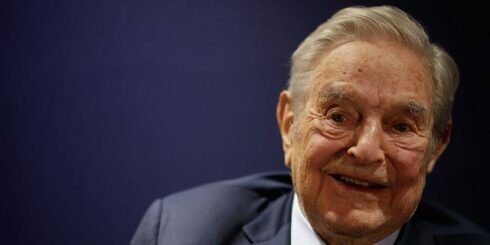 Liberal billionaire George Soros is tied to some of the most influential media figures in the United States and abroad through cash he provides to groups affiliated with them, according to a new study conducted by MRC Business. (Jason Alden / Bloomberg via Getty Images / File)

Liberal billionaire George Soros is tied to some of the most influential media figures in the United States and abroad through cash he provides to groups affiliated with them, according to a new study conducted by MRC Business.

“In fact, his funding has helped him establish ties with some of the biggest name media personalities in the United States and abroad which help indoctrinate millions with his views on a day-to-day basis. MRC Business found at least prominent 54 media figures … who are tied to Soros through their connections to organizations that he funds,” Vazquez and Schneider continued. “These include personalities like ‘NBC Nightly News’ anchor Lester Holt and The Washington Post executive editor Sally Buzbee.”

MRC Business, part of the conservative Media Research Center, unveiled the final report of a three-part series exploring the extent of Soros’ influence over the international media. The study previously revealed that Soros shelled out at least $131 million between 2016 and 2020 to influence 253 media groups.

“This network of media ties allows Soros to hold sizable influence over the stories that the media covers, how they cover those stories, and what stories they don’t cover,” Vazquez and Schneider wrote. 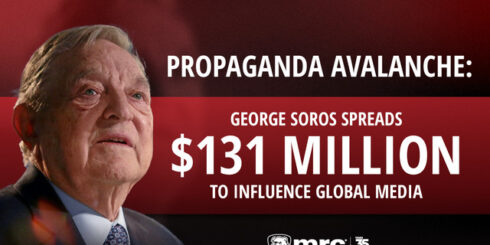 Liberal billionaire George Soros shelled out at least $131 million between 2016 and 2020 to influence media groups, according to MRC Business. (MRC Business)

Many of the media figures are tied to Soros through the Committee to Protect Journalists (CPJ), which received 2.7 million from Soros-backed groups. Winkler Holt, Buzbee and Amanpour are among the CPJ’s board members.

The MRC found examples of several CPJ board members defending Soros in their news coverage, both subtly and aggressively.

Not all the media heavyweights tied to Soros’ cash are in front of the camera. NBCUniversal News Group Chairman Cesar Conde, who runs NBC News, MSNBC and CNBC, is also tied to Soros’ cash through the Aspen Institute, which awarded the NBC chief its Henry Crown Fellowship. Soros’ groups gave more than $1.1 million to the Aspen Institute between 2016 and 2020, according to the study. 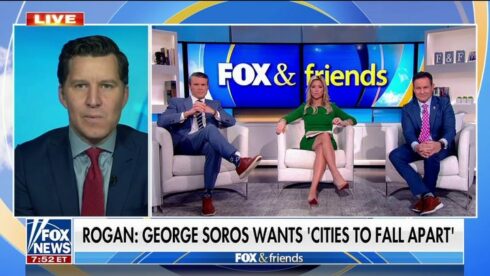 Journalists and news industry executives with roles at The Marshall Project and ProPublica are also tied to Soros’ deep pockets, as both groups received more than $1.2 million from the far-left billionaire from 2016 through 2020.

National Public Radio and PolitiFact are also at least partially funded by Soros-backed groups, according to the study.

Even Soros believes himself to be God. Unfortunately for him, he is no God. In Italy years ago he attacked the stock exchange, and it went well for him, raking in money. Then the subject tried to do the same in China…………. well he lost a lot of billions, poor guy. The sunset strikes all the geniuses of the West.

George Soros is not a commie but a libtard.

I think the word you are looking for is Jeweasel?

He is atheist actually

Real scale of bribes is mush wider, many billions. 131 mln – is a drop in ocean.

What a worthless “news flash” given the preponderance of evidence since the Gulf War, decimation of the Balkans and 9/11 with $0r0$ money keeping them ALL in line $ince!…

And why you will NEVER hear Dan Rather speak to THIS https://www.youtube.com/watch?v=W_cJU95ugFU ever again after it was recorded!… And if it wasn’t for the scientisits, engineers and attorneys for 9/11 Truth with their FOIA demands for 5 long years after the 9/11 Commission Report came to “fruition” that recording of Dan Rather on Building 7’s collapse never would have made the light of day!

Gee… I wonder who in the media will have to be $acrificed now that that revelation has gotten out?!!!

cowsqueezer “Anyone who thinks we need to fight a pointless and potentially nuclear “Great Reset” war against Russia is my enemy, and an idiot”…

Richpeople dictating their worldview via media

Soros network owns half of the world. Blackrock asset.