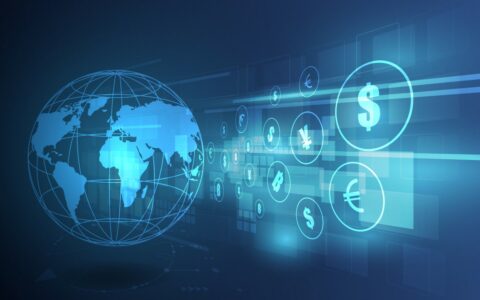 The recent events in Kazakhstan have put the topic of digital currencies on the spotlight again.

Kazakhstan is amid a political crisis today after the escalation of violent protests. It is very likely the situation was exploited by foreign actors in the manner of some of the so-called “velvet revolutions”of the last few years. Such turmoils often start with protests pertaining to legitimate issues – in Kazakhstan’s case, a rise in gas prices. Not much is talked, though, about how the issue of cryptocurrencies “mining” factors into this equation – this country became last year the world’s second-largest centre for such mining. In fact, Kazakhstan’s crisis also shows us the geopolitical and strategic importance of the digital currencies’ issue.

Cryptocurrencies, Bitcoin being the most famous, are a kind of online digital currency and as such they are basically collections of binary data employed as a medium of exchange as a digital asset – that is, a fiat currency, generally speaking. The records about ownership of individual “coins”’ are stored in a digital database, and through certain transactions additional “coins” are created. Usually they are not issued by any central authority. The whole sector has raised concerns about money laundering, scams, taxation matters, and other issues, and so some regulations have been pushed by several governments especially in 2021.

In cryptocurrency networks, “mining” is the validation of transactions and also the very process by which new digital coins are created or “minted”, by updating new blocks of data to a blockchain (thereby serving the purpose of exchanging “labor” for payment). By doing so, “miners” get new cryptocoins as a reward, which decreases transaction fees and creates incentives. The labor however is performed by computers. This industry created a kind of arms race for cheaper and more efficient machines capable of running complex algorithms required for such difficult operations.

Cryptocurrency mining might appear to be a quite “abstract” issue, taking place under the sign of immateriality in the virtual or digital world but in fact it consumes large amounts of energy and thus indirectly impacts the environment and the natural resources, just like the traditional mining of minerals. It requires a lot of computer power, which means a lot of electricity – and more global emissions, for that matter, not to mention electronic waste due to the rapid obsolescence of the hardware needed.

The Chinese province of Sichuan was a major cryptocurrency mining hub, being home to several centers equipped with countless computer processors. This was so due to the large number of hydroelectric power plants there, which allow for cheaper electricity.  But things have changed. China, once a global hub for mining, quite unexpectedly banned Bitcoin mining in June 2021 and making all transactions illegal. As a result, the US became the leading ground for it. Kazakhstan embraced it, too, and cryptocurrency mining boom ensued. It grew so rapidly that already in October 2021 there were reports according to which the practice took its toll on the electricity levels in some towns. Most Kazakhstani energy is generated from fossil fuels, the country being home to coal mines which provide a cheap supply of energy.

It is not far-fetched at all to say that mega Bitcoin mining overloaded the country’s energy system and might have played a role in the current crisis. The internet shutdown during the turmoil, in its turn, has been a major blow to crypto miners: an estimated 15% of the global Bitcoin miners went offline, and Bitcoin dropped in trade below $43,000 (last Thursday) for the first time since September. This situation could generate a huge influx of crypto miners into the US and no one knows if that country can absorb it. There are concerns about bottlenecks, congestion, and host capacity, not to mention environmental concerns. So, it should become a hot topic. Meanwhile, it is about time further regulations are discussed regarding online currencies, and the internet, too.

The very topic of cryptocurrencies is part of the larger theme of digital currencies in general, including central bank (digital) currencies. These are centralized unlike most cryptocurrencies and thus allow for tax collection, the prevention of illicit activities, the avoidance of seigniorage income’s reduction plus many other advantages. Beijing may have banned Bitcoins, but it has also created its own digital currency, the cyber yuan, a kind of money that is not linked to the dollar-dominated financial system.

Different states are interested in controlling not only digital currencies, but the internet itself too, a related topic – and this is not necessarily a bad thing. The very history of the internet is intertwined with government agencies and it will always be so. Of course, the World Wide Web itself (the Internet) dates back to the Advanced Research Projects Agency Network (ARPANET), which was established by the US Defense Advanced Research Projects Agency (DARPA).

In 2013, then Brazilian President Dilma Roussef wanted to route internet traffic away from Washington, in an attempt to counter American National Security Agency espionage: the bold plan involved creating an undersea fiber-optic cable system that would basically funnel all internet traffic between the South American continent and Europe, thereby bypassing entirely the US, but it did not follow through. So, in our age both the realm of digital currencies and the very realm of the internet become an arena for geopolitical dispute.

Regarding the latter, Russia for instance has already advanced towards such a goal with the development of its own (under construction) internal internet (national intranet) called RuNet, and so have other countries: much is talked about the Iranian National Information Network, the North Korean Kwangmyong network, and the so-called Chinese Great Firewall, but not so much is talked about Washington’s plans to create its own national quantum internet, as announced by the US Department of Energy, following the National Quantum Initiative Act, signed into law by then President Donald Trump in December 2018.

We live in an age of online piracy, espionage, child pornography, terrorism, hacker attacks, and sophisticated money laundering operations. In the same way the chaotic internet zone must eventually be circumscripted under the sign of law and order, digital currencies too eventually shall be further regulated. And the recent events in Kazakhstan have certainly brought attention to these themes.

Didnt know Kazakhstan was 2nd largest mining center for crypto. So this is one angle on how social unrest can be triggered. My speculations were right. Might be best to switch my home system to solar power. lol