Israeli warplanes carried out early on November 15 four airstrikes on the southern part of the Gaza Strip, challenging a recently implemented ceasefire.

The Israeli military said that the airstrikes, which targeted positions of the Palestinian Islamic Jihad (PIJ) in the cities of Khan Younis and Rafah, were a response to recent rocket attacks on Israeli settlements.

“We are currently striking Islamic Jihad terror targets in Gaza …This comes after rockets were indiscriminately fired from Gaza at Israeli civilians today,” the Israeli military said on Twitter.

According to Palestinian sources, at least two people were injured as a result of the Israeli airstrikes.

Palestinian fighters violated the ceasefire, that begun on November 14, by launching at least seven rockets at nearby Israeli settlements. The rockets, some of which were intercepted by the Israeli Iron Dome anti-rocket system, didn’t cause any casualties.

The last round of escalation in Gaza was provoked by the assassination of PIJ commander Baha Abu al-Ata. At least 34 Palestinians were killed and more than one hundred others were injured.

what a fucking surprise……

Yeah, SF this is the case.

It always, always begins with what ISISrael is doing, the assasination of some leaders, and then, we all know why they did it, because of King Bibis election, nothing else matters, and then the spiral began.
And “of course” they, the terror state ISISrael had to retaliate, right, its their eh….. right.
Do I have to remind you why Cast lead started, by assinating the Hamas officer in charge of the peacetalk between ISISrael and Hamas, and then when nothing happened, despite Palestinians/Hamas was deeply pissed, then to provoce an respond, the always pissloving ISISrael bombed the funreal of the same person, killing civilians etc to children, and then Hamas reacted, but when the “brave Joos” attacked Gaza, Hamas used 3 days to kick em out again and the rest is history, but the MSM incl some alt sites never bothered to debate or write about what started it all, ISISrael, but this, case again shows me whom is writing bullshit and not, this SF is crashing credibility, and for an old timer as me whom stil remebers, why, dont others do that, is one of the misterys of this reality, clearly the reasons for the escalation witch King Bibi wanted then to happen, since the reason are the same to day, election, so wack some Palestinians and presto, He is the Man.
Tsk, tsk, tsk.

This, is what makes it hard to be an genuine hard core Nationalists, the massive area of influence the MSM and so called Alternative sites have on the perseptions of reality, when we debate the refugees in countrys as Norway/Sweden we get this in our face all the time, freinds of ISISrael whines about Islam, and like if you ask Norwegians are they Protestants/Christians they would refuse, noooo, despite most of them indeed used the traditions of Christian culture like Christmass etc to Easter, they stil refuse to call them selfs Christians, etc to Atheists, and somehow, everyone else, from the Arab/African/Eastern lands like Afganistan etc, is always portrayed as Islamists, while the facts are most of them are not, followes the cultur they have grown up in, like most of the so called NON Christians do in Norway, that reality dont aply to anyone else.
Its an downward prodjecting spiral of stupidity and ignorance and that is also giving the lunatics in the leftside the amo they need to shoot down people whom are nationalists since we are then automaticly Neo-Nazis to racists, and in an sence they are right, but for the wrong reasons, I never wanted the wars witch have created this inflow of so called refugees, never, but tell that to the same Islamic haters that how come you suport the wars, happy head chopping Wahabist, to Takfirs, yeah, the worst scums imaginable, and the war on Yemen, but then they whine about You been an Putin Troll, huh, buckled both ends.

I have no problems with Islam, never had, never will, you know it since I have vigerously been suportive of them in their fight against the Imerialistic western scums, always, but since most of the refugees are of economic reasons, like the fact that half of the Africans coming to our lands had an job, thats why they dont look half starved to death refugees, etc, its because of the opertunity the Liberalistic Commies and Leftards have told them that they can have, just come and get it, its free.
Sweden, the shooting of that Woman and the child was done by Serbian/ex-YugosRats in their usual drug wars, its about control of drugs, and that, heroin etc, etc is usually done by ex-Yugos to Pakist/Chines/and others usually never mentioned like Philipines to South-americans with their cocain.
But they are all whats become an legion of Untuchables, mutlicultural enritchments, so they are not even reported, the statistics we get are 100% bogus, when the iligale in Oslo are everywhere and sels everything and right now, the crimes are sky rocketing, the sole difference between Norway and Sweden is that Sweden is twice as much people, and Stockholm (a realy nice town, f…. completely) is an million big. And as if that isnt enough, Hamas gets the blame for everything, only not the weather because thats Putins fault, and any nationalist whom dont suport Hamas and the Palestinians are to me, an scammer, or hasbaRats aka freind of the terror state ISISrael.

Again, I have mantained one narrative thru the years, and that line is Palestina, and of course others have comed into that to, like Bolivia, Venezuela, Yemen, etc to even China, where the same Islamic hate yappers suddenly is sooooo conserned about the Muslims in China and pimps the stupid millions in consentration camp scam, but hey, thats because they are the same group whom have been fighting for freedom and democrasy for decades, since Afganistan to the present Syria, and on top of it, against Yemens, but talk about that and they go bananas, yeah, dunka dunka.
The third is f…. like the MSM incl RT as we speak RobinTards, yeah, another freind of ISISrael, its an reason for it, the same as why this f…. are in our MSM, its an psy-op, to make Nationalists untuchable, disliked etc, like the debates when they drag Brevik up, as an joker card to crash any serious debate while the nation Norway have sold their soul to the unelected dicks in the EU, and so on, we are been drowning in manure, and that, friends, ladys and gentlemen, are our largest enemy, the enemys from within, I hate nobody, I just want them thrown out, anyone coming from africa etc, thrown out, period, they didnt rescpect us so why the f… sould we then, no, our tolerance was beaten to pulp by their intolerance, and contempt, and never forget our biggest enemy, the MSM.

I start to wounder, maybe it helps to go official, yeah, so they have someone whom is capable to see their agendas, since the MSM refuesses to be honest and instead pisses down everything, since they are in the lleauge of the Globalist neo-liberalistic pack of scums.
And I am 100% white, genuine european since I belong to the Finnish people, not the Norse, fake nordicks aka Khazars, even had an Grandfather educated in the Preusian army, to the level of an Corporal, like an other great man, the last european standing, since then, its been down hill.
Wake up and start hunting and dont forget the well pissers. and friends of ISISrael, controlled oposition.
Burn everything down and hang the rest. 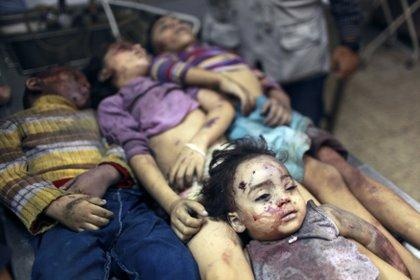 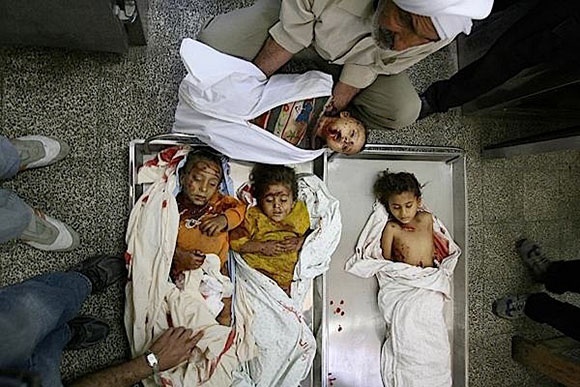 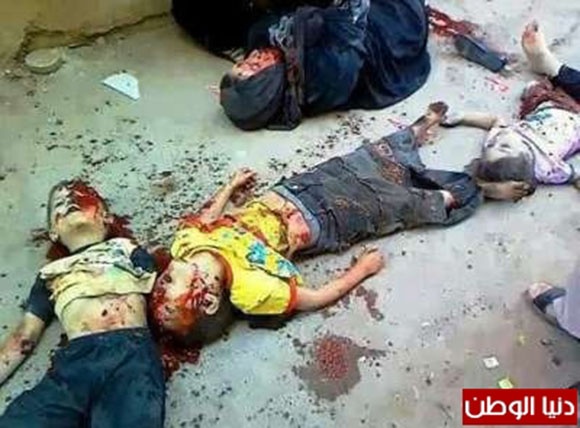 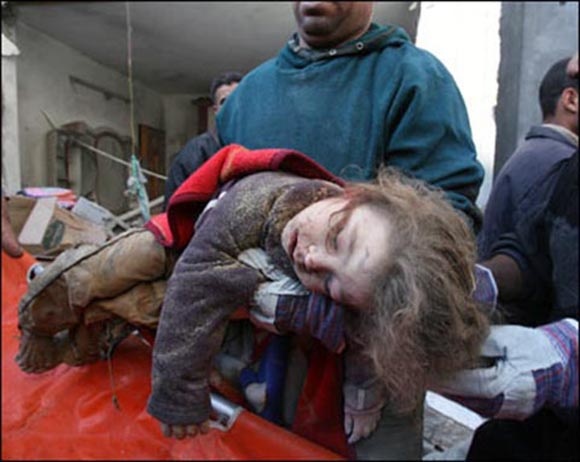 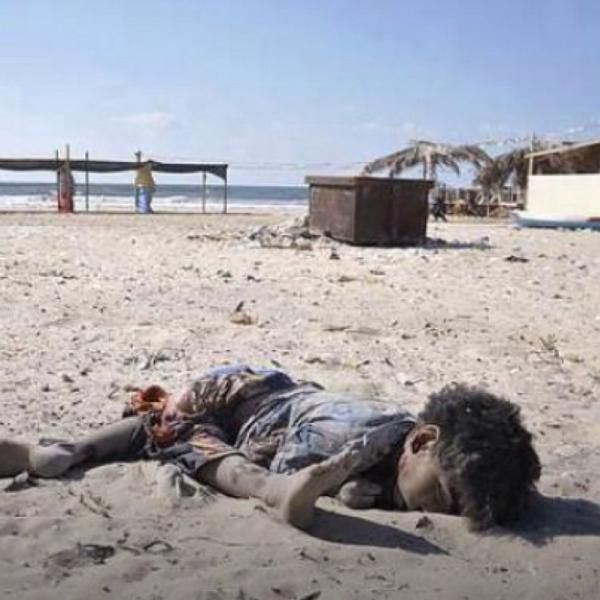 you wont see this on Fox News. poor children, may they RIP. they are the real semites being massacred by non-semitic european/khazar mongrel squatters