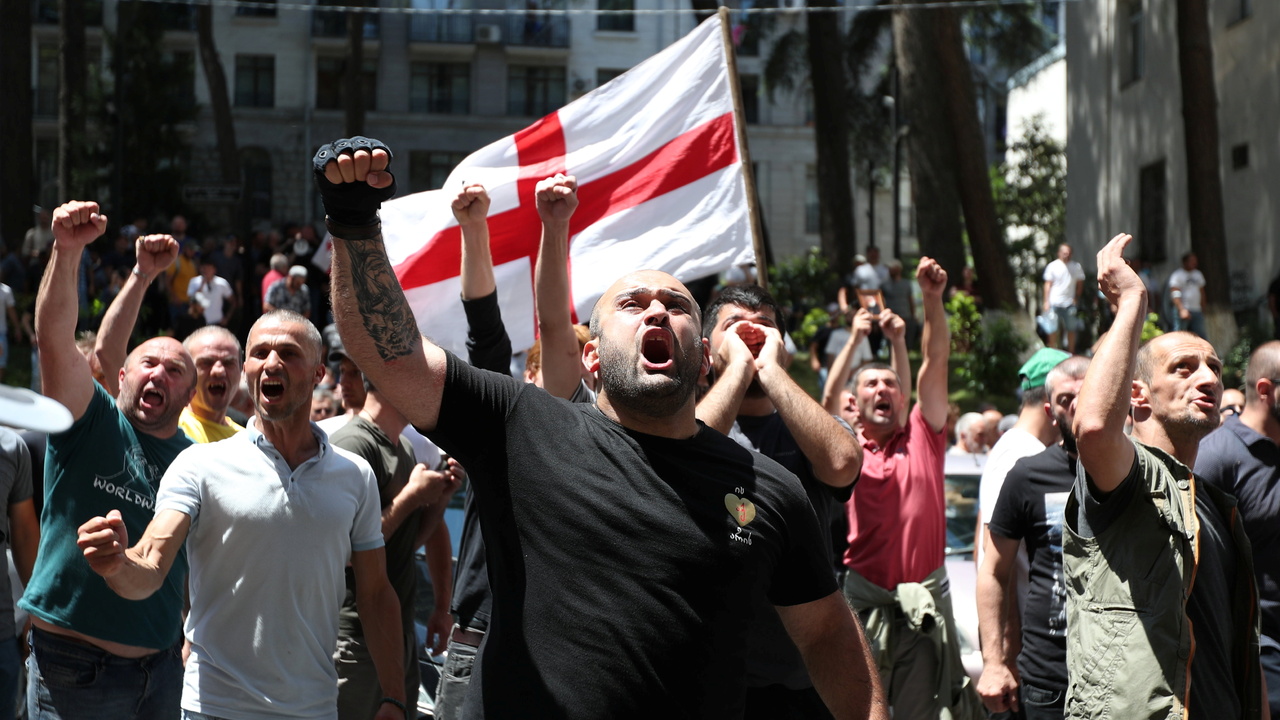 On July 5, the so-called “Week of Dignity” was launched in Georgia, which was planned to begin on Monday with a gay pride in support of LGBT community. However, it ended in failure, when thousands of supporters of traditional values marched through the capital of Georgia, and made it clear that new neo-liberal values have no place in their country.

The march in support of the LGBT community in Tbilisi was canceled, as the police and organizers were unable to ensure the safety of its participants. The March of Dignity was supposed to be the first gay pride in the country’s history, but the idea completely failed.

The Prime Minister of Georgia, Irakli Garibashvili, recognized the holding of a gay pride as ” inappropriate, since it is unacceptable for the majority of the population.”

With the support of the Church, thousands of LGBT opponents went to the streets of the capital, holding Georgian flags, blocking the central street of the city and holding a rally in front of the parliament building. They demanded the cancellation of the parade. Among them, there were members of the religious organization “Union of Orthodox Parents”, the movement “Georgian Idea” and the “Alliance of Patriots of Georgia”.

According to the reports, as a result of clashed between the protesters and media representatives, 48 journalists and cameramen were injured during the protests against the gay pride. Employees of both opposition channels and neutral ones were injured.

The failed gay pride ended with the capture and pogrom in the office of the Tbilisi Pride NGO that was behind the Week of Dignity.

Hundreds of LGBT opponents descended on the Pride office in Tbilisi, Georgia in their attempt to prevent a Pride march from taking place. The March for Dignity event, which was supposed to take place on June 5, was subsequently called off.

Meanwhile, the media did not lose chance to label the “defenders of traditional values” as representatives of far-right “pro-Putin” groups… that’s nonsense. 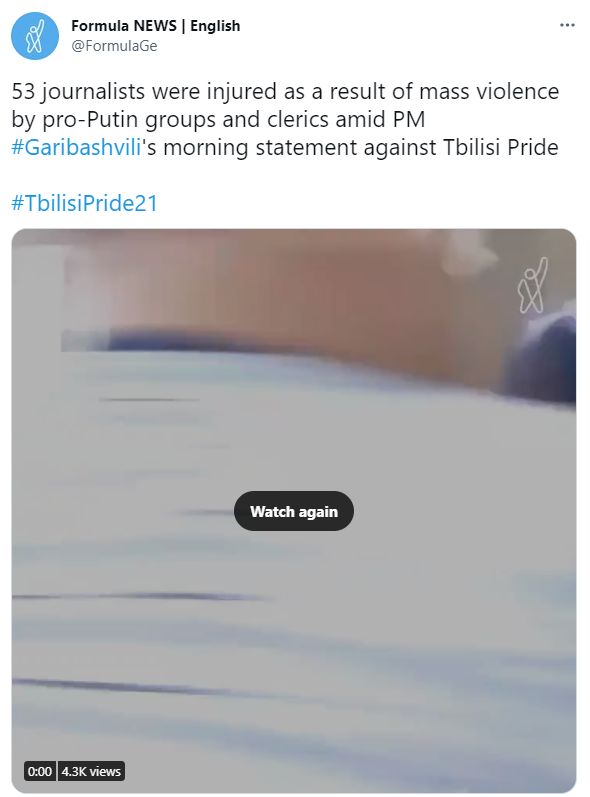 The Week of Dignity in Georgia got off to a rocky start. And this is not surprising at all. Georgia is among the countries that particularly respect their traditions and especially family values.

Apparently, the organizers of the gay pride learned nothing from the last attempt of LGBT community to organize a rally in Tbilisi in 2013, which also ended with mass riots.

Unfortunately, it seems that the Georgians did not know what they were signing up for when changing the country’s political course towards Westernization. As a result, with still no membership in NATO, they got gays and lesbians who declare what is “dignity” in the new Georgia.

RESPECT TO GEORGIANS
Reply to  Alex

Some real men left in Russia and the Caucasus, these Jew created perverts need a good thrashing.

Georgia has future. Europe and USA have sodomites.

Yes, as part of Russia.

I wish that Americans would have the balls to do that

RESPECT TO GEORGIANS
Reply to  The Night Wind

Don’t count on it, Americunts are under total Jew control and they are home of the LGBTI sickness. Officially 60% of US population or more in now afflicted with this perversity and the US military is the main hub of LGBTIQ queers and then you wonder why they get fuked up the arse everywhere from Vietnam to Afghanistan.

MikeH
Reply to  The Night Wind

No chance. The sickness has been so firmly institutionalized the cops would arrest hundreds that protested in the same way.

Immagine what Kadyrov and his crew would do to these LBGT sub-species in Cecenia!!!! The Joo Satanic Agenda and its minions must be sent to meet their maker.

At least there are few good men and women left in the Caucasus, these sickFAGGOTS need a good thrashing as the Jew scum have pushed this sick LGBTI agenda on the western pansies. There is no “pride” in getting fuked up the arse LOL sick Jew created perverts. RESPECT TO GEORGIA!

In the USA the tyrannical elite-owned pro-New World Order corporations that own and control the propaganda/indoctrination systems work constantly via all their outlets to mold the people’s minds into thinking then behaving in ways that the elites desire.

The ultimate goal is to destroy the USA and all Western countries so that the elite’s one-world government can take control. Total control over the masses with the elites as a New Royalty.

american, british, zionist perversions being pushed onto the masses. So who is actually behind all this? The clownshow from rome.

How else would they try create their own religious extremists and solidify their sick religion without publicly supporting disgusting, diametrically opposed concepts.

The vatican perverts are the ones promoting and financing the “american liberal agenda”.

Homosexuality is a mental illness. These defective beings need to go back into their closets where they can lead their dead end lives in peace. Stop agitating the normal people you morons!

The Georgians – yes please to US realpolitik cash and weapons, but no thanks to US cultural LGBT propaganda. Seems the Georgians are not following along with the US export program 100%. US response – of course, it’s Putin’s fault, again! The weird irony is, that whilst US official’s default position is to blame Putin as the source of all their own failings, on the flip side, if anyone actually did believe them, then it would indeed seem that Putin is a far more powerful influence on world events than them! That’s the problem with telling porkies all the time – you come over as confused and self contradictory.