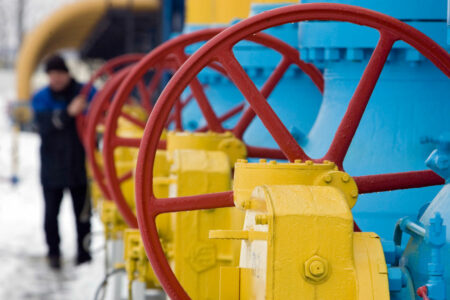 Exchange prices are rising as Europeans fear the supply situation in the region will worsen. Futures of leading gas companies are rising in price, and some people are profiting from this rate. The cost of gas continues to rise amid ongoing concerns about supplies from Russia as European countries fill storage facilities ahead of winter.

The problem is also that Europe may also find it difficult to obtain liquefied natural gas to replace the missing Russian fuel because of rising demand in Asia, which is increasing competition for cargo. Asia is currently experiencing very hot weather, prompting countries to buy more liquefied natural gas. The situation is similar in the Middle East.

On July 4, the European exchange price of gas surpassed $1,700 per thousand cubic meters for the first time since March 10 this year. Compared to March 10, current gas prices have increased several times. The gas price has increased by 8% per day from July 3 to July 4. The average monthly price of gas in Europe rose by nearly 15% in June, to $1180. Analysts reckoned that European companies will have to buy record amounts of gas, as storage facilities need to be filled to at least 80% before winter. The price per cubic meter peaked at $1,743. The price of Gazprom’s gas increased by 3% due to the news about the reduction of rates for “Nord Stream”.

Earlier Klaus Muller, the head of the German Federal Network Agency said the country has enough gas reserves for 1-2 months in case supplies from Russia suddenly stop. Currently, Nord Stream, which carries natural gas from Russia to Germany and on to other European countries, is only 40 percent used because the Montreal-built turbines for pumping are still not returned to Gazprom due to sanctions.

Leading French energy companies, amid soaring commodity prices, called on the population and businesses to immediately switch to saving gas and electricity. The jump in gas prices has already led to increased inflation in Germany. This, in turn, will lead to great turmoil in society. Industry accounts for over 35 percent of Germany’s total gas consumption. The price of gas is also increasing in the run-up to the strike at three gas fields in Norway, which is partly compensating for the loss of Russian supply. Because of the strike by the Lederne management union, three fields will close on Tuesday. If the strikers’ demands are not met, three more fields will be shut down as early as Wednesday. Canada is also trying to find ways to transport gas to Europe, but so far all routes are extremely unprofitable.

Analysts predict that there should soon be a “rollback” in gas prices in Europe, but it will not be large and will have little effect. The lack of gas in Europe demonstrates how economies can collapse in the XXI century due to a single factor and how European economies are unstable and fragile in the new environment.

The moneyed elite in the west don’t worry about gas prices, they steal billions from the people, so they don’t care if gas prices go up 100 times. In fact the poorer the people become, the more the western moneyed elite can take property back from them, if they have any. The west has a clique moving from one inside deal to another be it government contracts, military equipment, covid, energy……

seems like they might get a hard on from genociding the poor; it suits their depopulation agenda. and after that it’s on to the middle class which becomes the nouveau lower class.

That is true but they had better remember that the “peasants” (as they would consider ordinary people), will only take so much and will then rip into and tear them apart violently. The people will overthrow them and history has shown that the people will not be merciful.

Peasants will do and think as newspapers and tv tells them to, as always.

The Europeans has started gathering firewood from the forest in preparation for unavailability of gas next month to cook their mashed potatoes. Love it, now enjoy your self-inflicted misery.

The flying monkeys running this war on humanity for Rothschild will find themselves in a noose soon enough.

Rothchilds and the rest of their buddies are the monkeys. Refer to “proboscis monkeys” in a search engine of your choice. They are the direct ancestors of jews… I mean, clearly…

The first time I see you so truthful, Jensi.

That’s the reason why energy poor Europe move to renewables and new technology. The road is winding and long but at the end Europe will be modernized while Russia will just stay as backward rusty old gas station. Russian environment is incredible dirty, poisoned and mouldy. Shitty Russia, clean Europe.