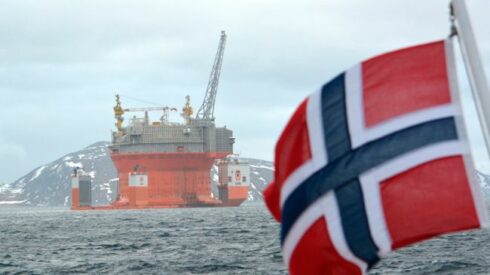 The prolongation of the war in Ukraine benefits not only the United States and Great Britain. Despite statements by some European politicians about the need for an immediate cessation of hostilities, many EU countries are making super profits under the guise of anti-war rhetoric.

For example, the energy crisis in gas supplies, which was turned by Putin into a weapon of geopolitical struggle against NATO, is actively used by Norway to improve its well-being. With a number of countries refusing to buy Russian gas, Oslo has become the main supplier of a scarce resource for Europe in the run-up to winter. Revenues in Norway, the world’s fourth-largest gas exporter, have soared to $200 billion a year, cementing the country’s status as the richest member of the European Union.

To maintain the status quo in Europe, Oslo is doing what it can. In June 2022, the Norwegian authorities handed over to Kiev 22 American M109 self-propelled howitzers, as well as spare parts, ammunition and armaments. The Norwegian Ministry of Defense also announced that it would transfer its own Black Hornet microdrones through Great Britain, as well as contribute $42 million to a British fund that buys drones for Ukraine. Finally, in August 2022, Norway announced its intention to train Ukrainian soldiers.

Taking into account the fact that Norway, until recently, was not even a member of NATO, such active military assistance to Kiev indicates that Oslo fully supports the U.S. course to prolong the conflict with Russia as much as possible.

While U.S. military companies make super profits from arms sales in Ukraine, Norway maximizes profits from gas exports to its neighbors. Other European countries, which do not have rich resources, have to pay for the war in Ukraine with higher prices for utilities, fuel at gas stations, and the upkeep of Ukrainian refugees.

Norway, the best friend NAZI Germany had in Urupp until the defeat of Germany. Never EVER trust these Quisling scum.

NAZI Norway and the new Natostan

Norway was a neutral country right up until English warships mined Norwegian waters and had plans to invade Norway.

Germany put an end to those plans and the rest is history.

Germany built airports, roads and telephone lines in Norway which are still in use today, as well as Fortress Norway which was supposed to protect against the enemy in the west, England and the USA.

Now the American Zionists won the war and have since retained supreme power since 1945 until today.

Fortress Norway was blown up and today the coast is open to those who wish to land troops in Norway.

Norway has always had a good neighborly relationship with Russia, but today the USA Zionists use the northern region to threaten Russia and draw Norway into the USA Zionists’ wars around the world.

USA is the shithole of Hell

Norway is NO MEMBER OF European Union.

“Norway is among the EU’s closest PARTNERS. EU-Norway cooperation…”

Norway is not an EU member though. Is a NATO member since decades.

No but politically part of the Reich.

“Norway, until recently, was not even a member of NATO” Who writes that crap?

Any country against Russia might as well be part of that bitch alliance.

Since April 1949, Norway has been a member of NATO, that was decided by the Scottish Jew Robert Chev, who had total power over Norway and the installed government.

You are probably thinking of the EU, of which Norway is not a member but has a trade agreement with via the EEA

Norway was one of the original, founding, member of NATO in 1949.

The person behind the article probably confused Norway with Sweden, its neighbor. This is common.

Put Norway on a hit list for a home visit with a delivery they will never forget!

Norway is a founding member of NATO I’m afraid… The author seems to confuse Norway with Sweden.

The press here in Norway is full of Putin Man Bad every single day, but normal people are not profiting.

In fact, we recently built new subsea power lines to GB and mainland Europe, and entered into the ACER treaty, which means the hydroelectric power which was so abundant and cheap here in Norway has now five-doubled in price (from less than 1 krone pr. kWh to almost 5 kroner pr. kWh). Normal people here are struggling because of that and our world famous welfare state is being systematically dismantled, while we are enabling the boycott of Russian gas for mainland Europe – no doubt to the delight of USAs deep state (corrupt politicians and the super rich).

The sad fact is that Norway is completely infiltrated and basically run by the CIA/WEF at this point. We have no free press, plenty of corrupt politicians who just want to further their own careers (like slimeballs Jens Stoltenberg and Espen Barth-Eide) at the highest levels and many “advisors” who are trusted very naively. Norwegians tend to think the best of people while trusting in the goodness of our system. USA saw that and has exploited it to the fullest, very successfully labelling any criticism as “conspiracy theory” through their control of Facebook, Google, Wikipedia and so on.

We have also fallen victim to USAs feminism/”globohomo” psyop, meaning there are plenty of unqualified women lifted into leadership positions, while men are easily targeted and destroyed with claims of offensiveness, making for a weak state.

There are many smart Norwegians, but we are slow to catch up to the fact that there is much evil and corruption in the world – and that USA may be targeting us.

Plus: We have now accepted (although nobody asked me) 30.000 “refugees” from Ukraine, making up more than 0,5% of our population. My guess would be that benefits the super rich who want cheap labour (slaves come to you these days) while costing money for the taxpayer-funded state welfare system.

It’s really fascinating how public services in Norway have been seemingly intentionally steered into the ditch since right before the start of SARS2/corona. With the public transit system in Oslo removing all ticket vending machines for example, or our national post office closing all but 4 post offices over night – while switching to delivering mail only 2-3 times a week even when mall order business with China was booming. Our leaders are not acting in the interest of the people anymore.

thoughtful
Reply to  Someone

Who was that politician who was for the people and was got rid of by the globalist cabal?

Karl Pomeroy
Reply to  Someone

You trust in scams for sure when it benefits your asshole. And when those scams stop working for ya and they have been hijacked by smarter politicians, you are whining, bitching and blaming America.

Bobo
Reply to  Someone

The only thing you hate is that American scamster politicians are doing your scams better.

“the energy crisis in gas supplies, which was turned by Putin into a weapon of geopolitical struggle against NATO,”??

Putin didn’t weaponize gas. He’s never stopped supplying it and is still offering it a low rates via NS2 and Turkstream.

Problem is the EU no longer need Russian gas… Nato is very happy to pay more for gas from its allies – what is so difficult to understand? back to iron curtain I’m afraid…

Yup, all World’s parazytes were happy to get everything form the West for free. They demand parazytyzm everywhere now. They will have it. They will be living without the West. Let’s see how well that works out for these lozers 🤣🤣🤣🤣🤣🖕🖕🖕🖕

Norway is not a EU member

Norway is not a member of EU and for decades now a member of Nato. Two profound mistakes in a short article is too much.

We iin Denmark also have plenty of gas. From our behinds.

I just sniffed my ass. It smells like Greta Thunberg. Verry nice 🎈

There are some errors in this report.

For the first – Norway has never been a member of the EU (European Union). For the second – It hasn’t recently joined NATO. It became a memeber just as soon as NATO was founded.

I am Norwegian. We have, unfortunately, been a member of the North Atlantic Terrorist Organization (NATO) for a long time, not just recently, as the article states. We are occupied by these dark forces who support wars everywhere.

I, like many other Norwegians, am ashamed of my government and its inhumane actions toward Russia, which in turn also harms Ukrainians and the rest of the world. I hope there will be peace soon.

Then why are there all these Washington puppets in command in the various European countries?

Because the powers that control the United Snakes of Armageddon (USA) have infiltrated Europe too, and now they are falling, therefore trying to take over Russia, Syria, Ukraine, Kazakhstan, China, North Korea, Iran, and the rest of the world that resists their tyranny.

Hitler is the weapon of choice against those who refuse to be gassed.

Norway is not a member of the EU, stop printing lies.