In 2019, the Russian Security Service suppressed the activity of 78 cells of international terrorist organizations throughout Russia.

This was announced on December 10th by the chairman of the National Anti-Terrorism Committee (NAC), director of the FSB (Russian security service) of Russia Alexander Bortnikov at the final meeting of the NAC and the Federal Operational Headquarters (FOS) for the year 2019.

“Security agencies and law enforcement forces have thwarted the activity of 78 clandestine cells of international terrorist organizations; their members were plotting terror attack at social facilities, attacks on law enforcement personnel, and other terrorism-related crimes,” he said, adding that those activities had been reported “in all federal districts.”

The NAC chief also announced that in the closing year, Russian law enforcement officials had managed to eliminate 32 militants, including nine leaders of terrorist gangs, and arrested 41 leaders of various terror outfits.

He said not a single terror attack had been carried out in Russia in 2019, “thanks to the security services’ effort.”

However, Bortnikov warned that international terrorist organizations still posed a major threat to Russia, stressing that those organizations “continue carrying out the attempts of setting up clandestine cells aimed at committing terror attacks.”

The assets of more than 2 thousand people suspected of involvement in terrorism have been blocked, Alexander Bortnikov added.

Recently, in November, in Moscow three recruiters were detained, who, since 2014 have been attempting to recruit members of ISIS were arrested.

“On the territory of the Moscow region, the activity of three members of ISIS has been suppressed. It has been established that from 2014 to the present, members of the structure recruited residents of Moscow and the Moscow region to the terrorist organization’s ranks, and organized channels for transferring recruits to the territory of the Syrian Arab Republic to participate in hostilities as part of terrorist groups,” the FSB announced.

On December 13th, the FSB announced that it had arrested five members of ISIS.

During the operation, which was carried out by security officers together with the Ministry of Internal Affairs, two Russian citizens and three natives of Central Asian countries were detained. They intended to carry out terrorist attacks.

Just days earlier, in Dagestan, a member of ISIS was arrested, while gathering money for the terrorist group under the pretext that it was for charity.

“Money was accumulated in the accounts of the mentioned charity funds under the guise of helping Muslims in need, Syrian refugees and building wells in Africa. The funds were used to purchase weapons, military ammunition and medical supplies for militants,” the FSB said.

It is apparent that Russia is actively countering terrorist activity within the borders of the country, and is being quite effective at it.

Hahaha such a good news the more scums death the better

Problem is they keep appearing!

In 2017 Saudi Arabia opened 650 schools in Bangladesh, at a cost of 1 billion dollars.
These schools are not like technical schools where a person can learn a trade, but ‘madas’ type where they learn the Wahhabi version of the Koran.
That should turn Bangladesh into a non stop jihadi factory.
They breed like rabbits, 160 million in an extremely poor and small country.
They want to take out Myanmar and probably Thailand in order block China from the Indian Ocean. They will still have plenty left to be sent where ordered. 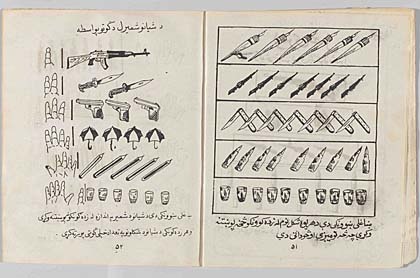 Russia again showing its aggression and hostile actions and interference in the free and civilised worlds internal affairs with attacks on US assets breaching International human rights and the Geneva Convention against moderate freedom rebels inside Russia.