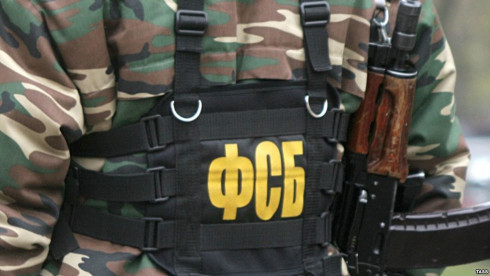 The Russian FSB averted terrorist acts in the Republic of Crimea that were being prepared by the Main Intelligence Directorate of the Ministry of Defense of Ukraine.

The Russian FSB averted terrorist acts in the Republic of Crimea that were being prepared by the Main Intelligence Directorate of the Ministry of Defense of Ukraine, and which targeted certain critical infrastructure and life support facilities on the peninsula.

The goal of the attacks was the destabilization of the socio-political situation on the peninsula prior to the approaching elections to the federal and regional governmental institutions.

The search operations carried out during the night of 6/7 August 2016 in the vicinity of the city of Armyansk, Republic of Crimea, uncovered a group of saboteurs. While attempting to detain the terrorists, an FSB operative was killed by enemy gunfire. The following was discovered on the scene: 20 improvised explosive devices with a total explosive power of 40kg TNT, munitions, special detonators, standard-issue anti-personnel and magnetic land mines, grenades, and special-issue weapons used by Ukrainian armed forces’ special operations units.

The follow-on measures on the territory of the Republic of Crimea eliminated a network of agents operated by the Main Intelligence Directorate of the Ukrainian Armed Forces. Ukrainian and Russian citizens, engaged in the preparation of terrorist attacks, were arrested, and are now giving evidence. One of the organizers is Yevgeniy Aleksandrovich Panov, born 1977, an inhabitant of the Zaporozhye Region of Ukraine, an operative of the Main Intelligence Directorate of Ukrainian MOD, who has also been arrested and is giving evidence.

During the night of August 8, 2016, Ukrainian MOD special operations units attempted two more infiltrations by saboteur units which were prevented by the armed units of the FSB and collaborating entities. The infiltration effort was covered by heavy fire from the adjacent country, including by armored vehicles belonging to Ukrainian military. A Russian soldier was killed by the fire.

On the basis of the investigative and combat actions, the Crimea FSB Directorate’s investigations department has launched a criminal case. Additional investigative measures are being implemented. Places where large groups of tourists are concentrating and resting, and critically important infrastructure and life support facilities have been taken under additional security. A strengthened border control regime has been introduced on the border with Ukraine.

The Main Intelligence Directorate of the Ministry of Defense of Ukraine has been receiving training from the SAS, as well as indoctrination. They do this all over the world folks.

Lol they used the Crysis video game character. Wouldn’t be surprised if that suit was for real.

Good job to the FSB for uncovering another of these rat’s nests.

Dangerous game being played. NATO is itching for a confrontation with Russia to legitimise it’s existence without any thought of consequence it may have. The last soldiers of world war 2 are now very old or passed and we are beginning to forget the human consequences of conflict. Its a pity that modern humanity in the 21st. century is as primitive as we had been in the early days of our evolution. We just haven’t been able to develop out of this primitive violent ways in spite of the tremendous technological advances made. Problem is that the war industry is monetized and greed prevails. It makes good business sense to have conflicts. More conflicts more profits. Doesn’t matter what the consequences are. These conflicts are promoted by the defense industrialists through the mobilisation of corrupt NATO bureaucrats and war mongering politicians. With the use of the presstitutes in the main stream media Putin is made the perfect boogeyman to scare witless the ignorant citizenry of the NATO countries. Putin is made the aggressor, the authoritarian dictator of russia and the public is again made to think “The Russians are coming”.

Putin must be commended for his mature methods of handling American led NATO aggression against his country. These aggressions have included economic sanctions, attacks on the Russian economy by manipulating oil prices, aggressive military positioning by NATO on russian borders, even petty attacks through defamation of illustrious russian sportsmen. But now I begin to worry that Putin is now getting extremely cornered and may lash out. Let’s all hope and pray that he has lots more patience left in him.