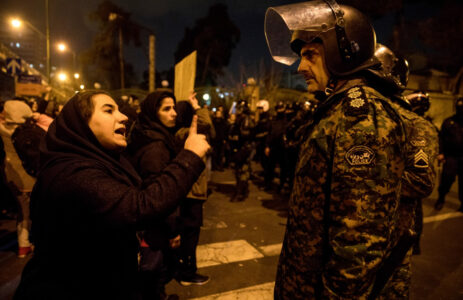 Monday’s announcement by Belarusian President Alexander Lukashenko that both his country’s troops and Russia’s would form a joint regional group, comes at a time of increased tension amidst Russia’s ongoing military operation in Ukraine.

On Saturday morning, an explosion rocked the Kerch Bridge, linking Crimea to the Russian mainland, leaving 4 people dead. 48 hours later, on the same day as Lukashenko’s announcement, retaliatory Russian missiles strikes would rain down on Kiev and the rest of Ukraine, the largest escalation of the conflict since Moscow launched its intervention in February of this year.

With these events coming only two weeks after explosions destroyed the Nord Stream 1 pipeline, the increase in formal military ties between Belarus and Russia amidst current tensions will no doubt put Minsk in the sights of the regime change lobby yet again, a strategy with recent usage against the former Soviet Republic.

In August 2020, following Lukashenko’s Presidential Electoral victory over Sviatlana Tsikhanouskaya, a CIA-orchestrated colour revolution would be launched against Belarus, a long time target for regime change owing to it being Moscow’s sole European ally, its numerous state-owned industries, and in what was perhaps the most pertinent factor at the time – Lukashenko’s refusal to implement the lockdown measures intended to implement the World Economic Forum’s Great Reset initiative.

Violent protests would sweep the eastern European nation in the aftermath of the election, before finally being quelled by Minsk after several months, a fate not shared by its southern neighbour Ukraine.

In November 2013, a similar regime change operation known as Euromaidan would be launched following then-President Viktor Yanukovych’s decision to suspend an EU trade deal in order to pursue closer ties with Russia.

Unlike Belarus however, the violence in Ukraine would ultimately lead to the installation of a pro-Western government in early 2014, one that would then go on to wage an ethnic cleansing campaign against the predominantly ethnic Russian Donbass region in the east.

A situation that would lead to 14,000 deaths over the space of eight years until Moscow’s hand was finally forced in February of this year and a military intervention was launched, the world ultimately being brought to the brink of nuclear war as a result.

On the 16th of September, less than 24 hours after Iran had joined the Shanghai Cooperation Organisation (SCO) – a group intended to foster political, economic and military development in Eurasia, including member-state Russia – violent protests would sweep the Islamic Republic, ostensibly in response to the death of Mahsa Amini, a 22-year old Iranian woman who had passed away suddenly following an interaction with police in Tehran.

The sudden, violent nature of these protests, as well as their coordinated coverage by Western media outlets, bear all the trademarks of a colour revolution orchestrated by the CIA.

Indeed, this was effectively confirmed as such by the involvement of Masih Alinejad, a US agent previously photographed with former Secretary of State Mike Pompeo, a long-time supporter of regime change in Iran.

Similar to Belarus, Iran has also been a long-time target of the regime-change lobby, following the overthrow of the Western-backed Shah Pahlavi in the 1979 Islamic Revolution. Both countries have also increased ties with Russia amidst the war in Ukraine, with Russian President Vladimir Putin paying an official visit to Tehran in July, and with Belarus also seeking to join the SCO, the similarities may soon extend to Minsk experiencing a violent regime change attempt – intended to destabilise Russia’s borders – yet again.

Most people in Iran and Belarus are quite fine with their leaders. Regime change? Sure, let’s do it in the United States.

Don’t forget the “I don’t care what voters think” regime in Germany, which refers to itself as a democracy while taking orders from a US gun pointed at its head.

The more I hear about this Hitler fella, the less I care for him.

“We must remove the AfD party from ballots they are dangerous” Germany “We have tools to punish” The EU leadership on free democratic Italian Elections “The basque will never be free from persecution” Spain denies democracy and rejects a valid vote for change “there is no need to examine the election, we say so” American democracy advocates on election tampering. “Republicans threaten OUR democracy” Nancy Pelosi

there has been no democracy in any of these states in decades.

He is a woman.

“Iran”… Like the “U.$”… What happens when you protect a poisonous vile weed in your laws that includes anti-defamation and Holohoax memorials… that ends up destroying everything else including “itself”

Hope your correct at least with the “itself”

Indeed. I hope I’m RIGHT!… https://www.zerohedge.com/geopolitical/russian-thermal-power-plant-fire-after-reported-cross-border-missile-attack Where is Ma$ter Putin on this subject?….

Still “$tackin” https://qz.com/52623/russias-government-has-become-the-worlds-largest-buyer-of-gold-driven-by-fears-of-currency-cataclysm/ at the Federal Re$erve/BOE price he agrees to keep buying it at!

The US is trying to seize Iran’s oil industry at this time because of its declining economy and influence over oil production (see the deteriorating relationship with Saudi Arabia). The abruptness of the regime-change tactics seen now and their lack of innovation on previous methods suggests we are looking at an operational failure in Iran by the US in this case. The Iranian state is well-equipped to handle a fake uprising. In the worst case, the Iranians may have to eliminate a lot of traitors but they have the capability to do that and defeat the West if it tries to get involved on a false moral pretext like in Syria.

I don’t believe the US is trying to seize jack shit! And I don’t buy the nonsense of the US trying to instigate regime change in Iran either. Most Iranians are tired of being told what to wear and look down upon the regime as trying to strong arm people in this age of the internet and globalization. Association with Islam is another factor which riles up a lot of Iranians. However, I will concede on one thing……..these protests are small and localized to mostly the Kurdish regions. And nobody in the world cares or wants to intervene.

This might be slightly off topic, but a lot of people don’t know Wayne Gretzky has ancestry from Belarus.

I strongly urge the people of Belarus and Iran to stick together and be united against the Great Demon who speaks with a forked tongue and acts like the devil.

My dear Gavin, I might agree with you that the CIA would try but it will fail, the same thing how many times the CIA/USa\Globalists/Deep State have said Putin will lose his presidency or be destitute or killed. The same old song, but this time WE The People of Western World and Euro-Asian want the destitution/overthrow of the Biden regime and his cronies and the complete destruction of the US hegemony and the demilitarization of all US military bases outside of US continent. Nothing less. November 8th is the only time the American people can save their country from humiliation and the destruction of their Republic.

You are no We. We fxhas voted abouty it in UN.

maybee Your west is a swimming west.

Kick dumb polaks as*ses. They are the biggest motivator of regime change in both Belarus and Russia and supporters of Ukr-nazis.

This is the Western bourgeoisie's war against all

Read the political science magazines of the US and GB from before the special operation in Ukraine and from the beginning. Of course, the idea is, with a destroyed Russia, the West would have free way again to regime change not just 1 or 2 countries but more or less the whole world. It’s an onslaught against all.

And not all bourgeoisie, only the satan selected ones to rule the Earth….the elites extremely rich ones, members of all kind of occult satanist masonic-like organizations, in fact the Talmud worshipers khazar fake jews, the peoples of Satan.

Sorry, but regime will happen in Europe, Israel, Japan, South Korea, Canada, Australia and the US first before it happens in the Resistance countries.

I seem to remember Canada being in near revolt last year, even the state says the protests were aimed at toppling the government. It seems Belarus has more freedoms than beaverton.

Regime change is indeed coming not to mention so-called “color revolution”. The brain dead Cadaver In Chief of Slumville will be boxed and buried and all the colors, white, brown and black will go ape as Bowel Movements Matter and the Aunty Fag fascists get wiped out by redneck militias.

Reds against the Blues rah…rah….rah. Hell ya!

As over the passing years, many decades, the percentage of the biological human waste was increasing steadily and constant. And that is all over the world not only in a single place. In fact, it’s a pervert consequence of law of the evolution. Now, globally the average surpassed 65% and thus is very near the ‘critical mass’ of evolution ‘implosion’, an inherent effect to any biological system. Off course, that is an average which means there area hotspots with much bigger percentages. Sadly but in some JEU countries that reached 85-90% which is already a fuse for further spreading. How this is calculated, what factors are taken into account and many other details is the work of statistical human bio-social science. So, it’s not nothing new or exceptional, in fact, we, the east europeans encountered that reality when escaped the so-called ‘commie era’ when we realized that our assumptions about the western world were utterly false and inconsistent. There was no ‘western social or intelectual’ supremacy whatsoever, in fact in many respects was on a contrary.

Russia is already is Belarus and both are in a state of war, the US can forget about regime change as Lukashenko is about to declare Martial law. AS to Iran, My information tells me, the demonstrations are quite small and getting smaller as the army is about to hit the streets and the pro-government demonstrations are massive.

I would also like to take this time to remind you that fart gas is just fart gas, even when spoken from NATO leaders lips. “Macron says France will spearhead operation to evacuate Mariupol, 7 may 2022” and a fine job he did…ROFL