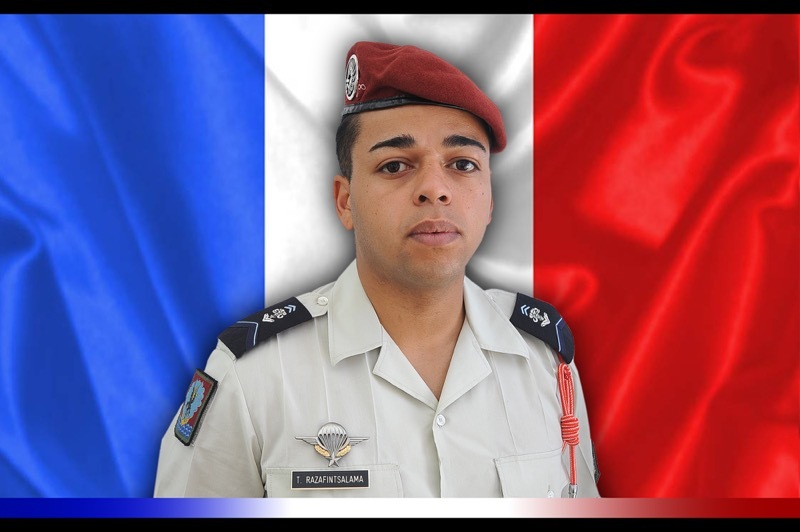 On July 23rd, a French soldier from the army’s First Parachute Hussar Regiment was killed in combat operations in Mali.

This was announced by French President Emmanuel Macron’s office.

“This soldier … was killed in fighting against armed terrorist groups, when an improvised explosive device was triggered next to his armoured vehicle,” the presidency said in a statement.

Enlisted in Operation Barkhane, he died in action on July 23rd in the Gossi region of Mali, 150 km west of Gao, in a clash with an armed terrorist group.

His armored vehicle exploded on contact with a suicide vehicle loaded with explosives.

Tojohasina Razafintsalama was born in Mahazoarivo, Madagascar on October 20, 1994, was engaged in the first parachute hussar regiment since August 2018.

The young man, sent to Mali on July 14, 2020 as an armored rider as part of Operation Barkhane.

The Ministry of the Armed Forces, in its press release, describes the young soldier having “distinguished himself by his excellent state of mind” and his “very good potential”.

First assigned to the second squadron as an armored rider, Tojohasina Razafintsalama was promoted to 1st class in February 2019. He was decorated with the “bronze” national defense medal on January 1st, 2019.

His death brings the number of French soldiers killed in action to 43 in operations Serval (2013) and Barkhane (since 2014), according to the Armed Forces staff.

Currently, in the Sahel, according to the statement, France is and remains committed alongside Mali, Burkina Faso, Mauritania, Niger and Chad in this relentless fight against armed terrorist groups.

More than 6,500 soldiers are engaged in foreign operations in various theaters of operations.