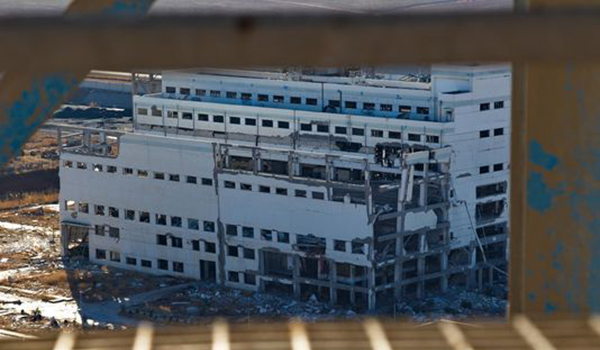 A cement plant, belonged to the French company Lafarge, paid taxes to the ISIS terrorist group between 2013 and 2014 in order to operate in the ISIS-controlled territory during the war in Syria, Le Monde reported on  June 21.

Le Monde says Lafarge’s plant was located in Jalabiya in the northern part of Syria, controlled by ISIS terrorists. However, the company has decided to operate as long as possible in a dangerous and unstable environment.

Pursuing the financial revenue, Lafarge made a deal with ISIS, achieving rights to operate in the territory controlled by the terrorist group. For exmaple, the company’s trucks had a right to pass checkpoints manned by terrorists.

According to the reports, Lafarge has indirectly funded jihadist organization about a year, until the ISIS seozed the site on September 19, 2014. Then, Lafarge ceased its activities at the plant.

In February 2015, the cement plan was seized by the Kurdish YPG militia, supported by the US-led coalition against ISIS. Now the cement plan is a base of Western special forces that quietly support the so-called Syrian Democratic Forces in their anti-ISIS operations in northern Syria.