According to the report, French aircraft conducted 40 sorties from May 25 to May 31.

The french warplanes are a part of the US-led coalition against ISIS air power that operates in Syria and Iraq. 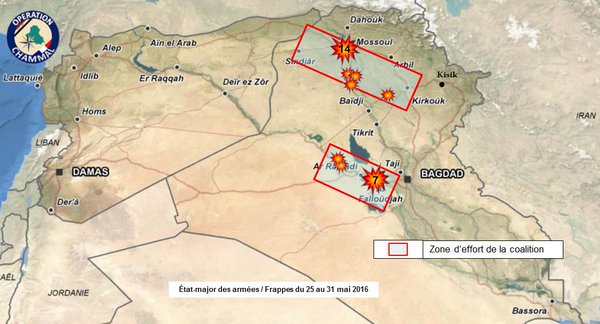