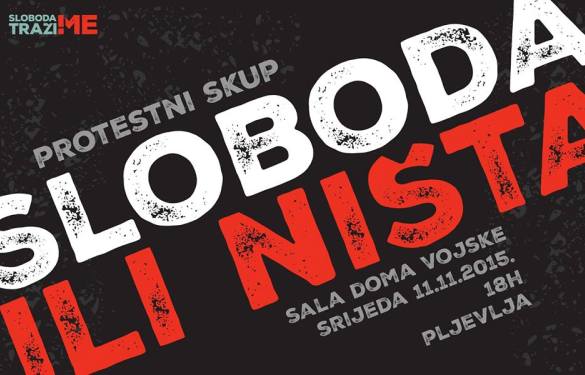 Originally appeared at IN4S, translated by Никола exclusively for SouthFront

The Democratic front will hold a protesters rally in Pljevljima tonight at 18:00 in the local Military Facility.
The DF is sure that the number of supporters from Pljevalj will be huge, and that it will be the start of further protests in Podgorica.

At the protest in Pljevalj, the DF leader will explain to the people how the repressive regime came in conflict with the free people at the protests and what are the next steps of this political alliance in the anti-government battle.

We would like to remind, the DF announced that it will hold protests in the cities on Montenegro in hopes that it will wake up the consciousness of the Montenegrin people about the police violence that happened on the streets of Podgorica, the violation of basic human rights and the freedom of speech and changing the corrupt government as the protesters rally will happen again in Podgorica.