Free Syrian Army supporters have claimed that up to 16 of the armed group’s militants have been arrested by a Turkish-backed group in northern Syria for refusing to fight in Azerbaijan.

The claims say that the Turkish-backed Hamza Division in Afrin, located in the Aleppo countryside, has arrested 13 militants who refused to fight in Azerbaijan. According to the statements, up to 400 of the militants have refused to go.

Last week a video appeared online which it claims is an imam in northern Syria trying to recruit fighters to go to Azerbaijan.

The commentary at ‘@517design’ adds that the mercenaries recruited from the battlefields in Syria are being used as cannon fodder by Azerbaijan in its war against Karabakh, to reduce the number of casualties suffered by the Azeri army.

Related commentary disputes the figures that have been provided by the ‘Syrian Observatory on Human Rights’, which has said that the total number of Syrian mercenaries deployed to Azerbaijan is around 1450, out of which 78 have been killed.

However, earlier it was claimed by @Elizrael that approximately 150 dead bodies have been transferred back to Syria.

Statement from Free Syrian Army supporters, condemning arrest of 16 (AlMayadeen says 13) Syrians, who refused to go to #Azerbaijan. They say number of those who refuses is 400.

They thought it's a vacation, but appeared to be a one way ticket.#ArmeniaAgainstTerrorism pic.twitter.com/BzWwLfVKtb

A related development indicates the possibility that the ‘Syrian ratline’ of mercenaries for hire may already have been tapped to foment terror and instability in other parts of the Caucasus.

On Tuesday, Ramzan Kadyrov, leader of Russia’s North Caucasus republic of Chechnya, claimed that the terrorists who were killed in a special operation in Grozny had come to Chechnya from Syria.

“Lately these “devils” have been in hiding outside Russia and they are holed up in Syria and other countries. Now after receiving an order from their Western sponsors, they came back and decided to carry out a number of terror attacks,” Kadyrov wrote.

So those Syrians were recently brought to Caucasus, but somehow have been in Kadyrov’s wanted list for a long time?

Yep, many Chechens went to Syria. Also other caucasus nations were involved in Chechnya, so that’s how the list grew. Back to Caucasus via Syria.

So those Chechens have nothing to do with NK conflict

Essentially not. Turkey gave them sanctuary after the Chechen war wound down, but has been playing hardball with them, basically saying ‘go and fight here or else…’. Return to Chechen territory is not safe for them because they are now pretty much in the international terrorist list and their leaders and faces are known. They are homeless mercenaries being pushed from one conflict to another. Those that have survived, that is.

Everyone can fake a video and post anywhere. So many fake media….

You must be looking at the material your handlers sent you?

Thats the problem, but You can be tempted by reflex to deny a lot of facts too.

Wasn’t this head-chopper in one of the Planet of the Apes movies? Maybe it’s just the lighting… 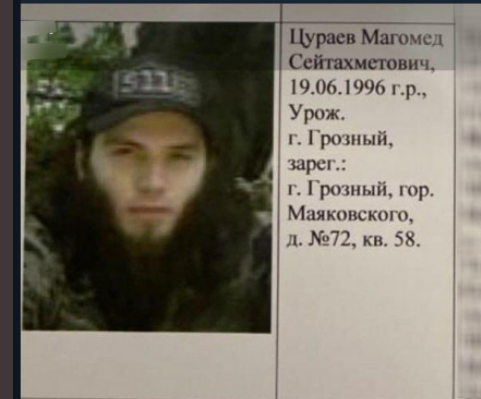 Some one has to learn the evil version saying “just”. Thats highly infected. Its a fact Assads are no good and those are paid by all Syrian and Russian taxpayers(and Iran and Hesbollah).

Other kinds of opposition and change is not possible.

+ leminded version no matter if those are helped by Turks or countries, which support Jihadisme too. –

I see the same for those FSAs in Syria. They are used as spendables and an excuce. The Turkish aganda is dorty all over, where they are.

Now they have started drilling again.

I dont trust the rest but they are more trusted in % by me.