On May 30, the Free Syrian Army (FSA) operations room in southern Syria known as “al-Bunyan al-Marsous” announced that FSA fighters had shelled a large convoy of the Syrian Arab Army (SAA) while it was on its way from the town of Khirbet Ghazaleh to the northern part of Daraa city.

Later, Syrian pro-government sources confirmed that a convoy of the Tiger Forces had arrived in the governorate of Daraa. However, the sources didn’t report any loses as a result of the FSA shelling.

According to Syrian pro-government activists, more units of the Tiger Forces and the SAA’s 4th Division will be deployed in the governorates of Daraa and al-Quneitra in the upcoming days. However, it is still unknown when the SAA will launch its military operations against the FSA and Hay’at Tahrir al-Sham (HTS) in these governorates.

Let SAA steel slice through these rats like a hot knife through butter. Can’t but help believe another “chemical attack” will happen and be verified by “reliable sources”. They aint going to give up on playing this rotten unbelievable ruse. However, I doubt very much if there is anyone left on the planet that will believe the crap they are trying to peddle. Nevertheless, even when flushed into the gutter, Yanki Zionist Pigs will launch their missiles and maybe their jets too.The response will also need to target launch platforms. Liberty for Daraa is fast approaching

Yeah look at all the territory they have taken back, I guess being an Israeli spambot must make you stupid as dirt.

Is this they same thing you said about E Ghouta?
Jihadist Joe is WRONG AGAIN !
Tiger spam :)

maybe year 8 will be the year NATO/Gulf States/Israel stop funding and arming their (terrorist al-Qeida) rats, or maybe year 9…10…11…12…never?

another US supports Al-Qaeda conspiracy theory….

Do you seriously contest that the militants in southern most Syria, clustered in Daara, are al Qeida/al-Nusra based?

I contest your theory that NATO/Israel supports Al-Qaeda

These al-Nusra militans, coordinating artillery and medical support from IDF in Golan? 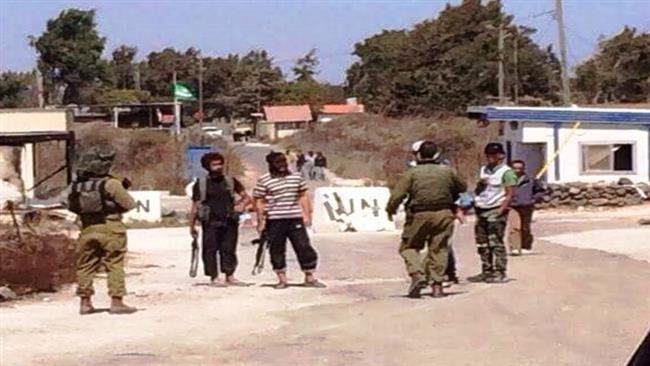 one picture with some randoms….who you claim are IDF and al-Nusra….

These various sources strongly disagree with you:

giving someone medical treatment? Your initial argument is “funding and arming”? WTF?

I am quoting you from above “”””Maybe year 8 will be the year NATO/Gulf States/Israel finally stop funding and arming their (terrorist al-Qeida) proxies”””” Funding armies???? Giving medical treatment?

where are you going with this?

Come back with real evidence and not this hear says bullshit! Stop with the MSM fake news

Too funny – even the US MSM has reported on this reality. LOL Joel.

Despite your convoluted thinking, it has been widely reported by non-mainstream sources that Israel and the USA are deeply in bed with Al Qaeda. Not only that, but the usual deniers of such claims, the corporate-owned mainstream media sources ALSO confirm that there is actual evidence that Israel and the USA are assisting Al Qaeda by providing arms, money and logistical support.

What would be “real” evidence? Copies of “Top Secret” documents?

So who are they in the image – coordinating on the Golan Heights – still dodging that reality, Joel?

Too funny – who do you think they are then, wearing the IDF uniforms and coordinating with southern based al-Nusra militants, who are flying the Syrian opposition flag, and all meeting up within the UN observation sector of the Golan Heights?

These various sources strongly disagree with you:

When there is evidence, it’s no longer a hypothesis. It’s conspiracy fact. You would, perhaps, like to see the papertrail? In a few decades, when documents are declassified, it will all be there. Unless, of course, another Bradley Manning steps up to the plate. Your unconditional support of US Foreign Policy might earn you some small concessions in the 1984-style dystopia that the Military-Industrial-Congressional Complex is rapidly imposing on America, but I wouldn’t bet on it.

Military-Industrial-Congressional Complex…..wow what conspiracy docs are you reading?

My source is the 34th President of the United States of America, Dwight D. Eisenhower. It has been documented (by one of his aides) that an earlier draft of his end-of-term speech used the term “Military-Industrial-Congressional Complex” but it was decided to water that down a lot so the speech that he read live used “Military-Industrial Complex”.

Eisenhower, who was quite happy with going along with increasing militarisation in America during his term in the White House seemingly became concerned about the direction that it was going in and warned the American public about it. In the intervening decades, the Military-Industrial Complex has indeed co-opted Congress to promote their interests, so Eisenhower would have been justified in using the longer name. Congress is really happy to vote to give trillions of dollars to an alliance that no doubt pays handsome rewards for the favours.

So, it’s really slanderous to use the “conspiracy” tag on me in this instance.

I suppose the delay in the SAA’s offensive is diplomatic, since these Rebel fiefs are still easy pickings like in Damascus but the politics are much more complicated in this region.

I think they have started using American tactics, build up a huge force, and then smash the opposition quickly and easily.

The SAA should learn from the Chinese, since they know how to repel US assaults.

Shlomo,… forget it! Bibi “paralyzed” Putin in May-19 in Moscow and your CIA-scvmbags make noise again. That’s all.

…And the Russkis sleep. Something bad is going on…

no one likes muzzy that’s what’s going on! lol