According to opposition activists, the Free Syrian Army (FSA) has launched an offensive on defense lines of the Islamic State (IS) terrorist group at the eastern slopes of the Qalamoun Mountains. 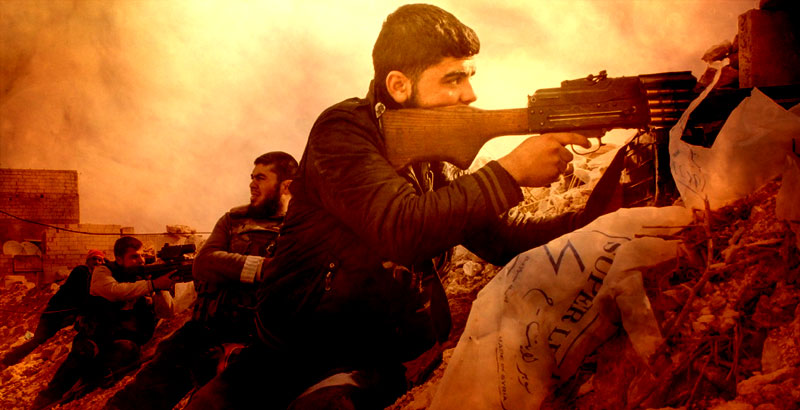 On Thursday, the Ahmad Abdo Brigade of the Free Syrian Army (FSA) launched an offensive on defense lines of the Islamic State (IS) terrorist group in the area of Badiyah Al-Souirya at the eastern slopes of the Qalamoun Mountains, the Al-Masdar news portal reported, citing media activists.

The Jaysh Usud al-Sharqiya group, also known as the Lions of the East Army, also took part in the attacks.

Reportedly, the FSA started the offensive with storming of the IS defense lines on the Abu Risha dam and in the villages of Beer Al-Hel, Beer Al-Nimr, Sees, Abu Khashabeh, and Tees, located near, in the eastern part of Qalamoun. As opposition activists reported, all the aforementioned areas were seized by the FSA, which managed to kill and wound several IS terrorists during its operations.

The FSA is currently continuing its attempts to advance further to the east and expel IS terrorists, lurking in the area.

Meanwhile, last night, fighters of the FSA and their allies stormed a defense line of the government forces in the northern countryside of Hama, attacking positions of Syrian troops, stationed to the south-east from the Christian village of Mhardeh.

According to the Command of the National Defence Forces in this area, the FSA stormed the defense of the Syrian Army in Biju Hill, violating the ceasefire across the country, one hour after it came into force. FSA fighters claim that they captured the inhabited locality; however, this fact still has not been confirmed by the government.

Meanwhile, a bastion of militants, located in the countryside to the west of Damascus is on the verge of surrender. Representatives of the opposition and the government are going to meet in the area of Wadi Barada village in order to discuss terms of a ceasefire and capitulation of the area. The High Command of the Syrian Army has proposed Jabhat Fateh al-Sham (previously known as the al-Nusra Front) and the FSA a safe passage to Idlib in exchange for the complete surrender of the area of Wadi Barada. Liberation of this area will allow the Syrian regime to fully control a part of the border with Lebanon near the western mountains.

Where is this abu risha dam? Cant find it anywhere